Started playing CDDA again after a 2 year hiatus since 0.E recently got released and was disappointed that my first gun I found didn’t have any sounds in @'s soundpack, so I edited it to fix that and eventually it spiraled out into its own soundpack.

Otopack is based on the aforementioned @'s soundpack mixed together with CDDA-Soundpack, with various additions, fixes and tweaks. The majority of sound effects are from @'s soundpack and the music is from CDDA-Soundpack with 8 additional songs. If you want to use the music from another soundpack, you can follow the instructions in the included readme.

The major difference from other soundpacks is that Otopack has sound support for 100% of all vanilla weapons and destructible terrain/furniture in 0.E. There’s fixes to random sound popping/cracking, low quality sounds and faulty sounds, for example bicycle horns sounding like car horns.

It covers almost all the supported sounds, but some were skipped due to bugs like additional walking sounds for wooden floors, mud, sand, carpets etc. Others were skipped because of poor implementation, like the ice cream truck chime (instead of looping it ends up spamming the sound effect every time you move) and vehicle sounds for bicycles and rowboats (current system is only designed for engines with looping sounds, it’s just weird to hear a pedaling/paddling loop when you’re actually standing still).

Feel free to leave any feedback and if you discover something faulty, please share.

Installation:
Put the Otopack folder in <CDDA folder>/data/sound/. If updating from a previous version, remove the old version before extracting the new version.

Thanks for your work! Downloading now, will post again if I come across any issues with the pack!

I can’t unzip the file, getting an ‘unspecified error’. I tried downloading a second time with the same result. 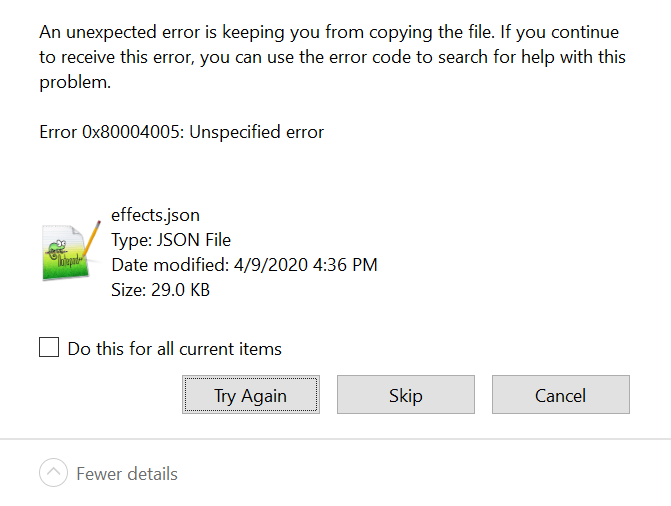 Try using a different file archiver, I recommend 7zip. If it still doesn’t work, I can try repacking it.

7zip did it, thanks.

I’m enjoying the music. I’m less than thrilled with the twinkly computer sound when I smash corpses. It also seems to play at odd moments while moving things around in the inventory. I’ll keep playing and see if I can’t be more specific.

It could be the sound effect for when NPCs say something, I have already lowered the volume of it for the next release (along with some other issues I personally noticed). If it’s too annoying I can make it optional.

That might explain why I couldn’t nail down exactly what was causing it. I did have an NPC at the time. It makes sense that it’d be most noticeable when lots of seconds are passing for an action like corpse smashing or moving items around with advanced inventory. If that’s the NPC talking sound, it really doesn’t fit. Seems more like a confirmation noise you’d get after hitting ‘Accept’ or something like that.
I had to go in and kill the ambient sound with the cricket. That thing grates on my nerves. I need to get some vanilla guns so I can hear the gun sounds.

Thanks for the feedback. The NPC sound getting spammed sounds like it can get really annoying so I disabled it all together. The cricket got a bit on my nerve as well, so I replaced it with a cricketless version.

The first post has been updated with the latest version and a changelog.

I don’t use any mods so I didn’t add support for the terrain, furniture and ranged weapons added by them. If anyone wants to add sounds to them check the furniture_effects.json, terrain_effects.json and the .json files in the guns folder for how to do it. Then lookup all the ids for them inside the .json files of the mod you want to support. For terrains and furniture, only bother with the ones that have a bash setting.

If anyone wants to do this, add them to seperate .json file named after the mod, share them in this thread and I will add it into the soundpack.

@SURVIVAL_MAN, i will upload updated mods from 2ch along with some of my updated stuff to my GitHub page, i will put the links here for anyone to freely use

Thanks for your work! Soundpacks are very uncommon around here. Your additions are very welcomed! I hope you stick around, also get in touch with the CDDA Launcher Github, so your pack will be featured there as well.

A bug I encountered. When you use a flute (bone flute in my case), it not only place one tune. If you start moving it gets a bit… crowded with sound. Like… c̴̞̟̊͐̀͐̈́̇̑͛̋̐̓͌̆͘r̸̤̟͖̠̈́̍̀́̉̚o̸̮͎̥̬͊͋̋̔̆̄́́̀̚͠w̵̡̳̖͕̘̾͝d̷̗̓̽̊̉͗͒͂̈́̂͋͠ę̴̢͓̖̟̗̺̖̬̯̟̫̤̓̽̈́̊͐̑̈́̇͌̓̊͘d̶̰̺̫̖̖͖̬̫̺̈́̂̈́̚͜

Loads fine on my android. I do have 6gb ram tho.

I can’t download the files it throws a “ERR_SSL_VERSION_OR_CIPHER_MISMATCH” error on chrome and won’t open on edge either.

Would it be possible for someone to post another link for the sound pack I’ve heard good things about it.

install firefox, chrome gives all your data to google anyway

So yeah any other ideas

If this only happens to you then:
Run malwarebytes.
Check you time, date and timezone.

your time and date is set up incorrectly, tell it to sync to a time server

Does anyone know how to make this soundpack compatible with other weapons mods? I’m using these mods and several of the weapons lack any sound, except when they’re silenced (I’ve only seen this happen with the Mossberg 464 SPX, so I haven’t checked other weapons yet).

check the json files with notepad++, and insert your mod weapons as own jsons.