None but playing with BIG content mods (Magiclysm, Aftershock, Secronom, Cata++, Arcana, Fallout New England, PK rebalancing, Blazemod) is STRONGLY ADVISED because the content of this mod is QUITE MID-GAME to END-GAME so weapons, armor and balance changes from other mods will come in handy - PICTURES - BL9 locations - Album on Imgur

What you’ll experience and main features:

5) Unique lore in the form of journals and notes - learn about secret organizations, origin of “BL9” organism and the evil plans of a vile faction that wants to establish the New World Order

6) Unique Merchant NPC system done by Axema and me - collect currency from BL9 monsters and buy Tier 1 and Tier 2 ranged weapons and armor - what are ya buying, stranger?

Mod has been developed by me (Kenan) and Axema Vales with TREMENDOUS help from Chaosvolt, El-Jekozo/1123132123, AMAZING assistance from GoatGod, Mutaman, Aptronym along with my loyal and GREATEST supporters and someone who inspired me - Cuddlebaby/Go-Goat, SomeDeadGuy, SzQ, Mechmaster, ChidingAmoeba, Tefnut, Maleclypse, Dissociativity, Meem , I would like to thank CDDA developers as well - Mark/mlangsdorf for spreading information about my project and helping me out with my questions, anothersimularcrum, cursedwist, esotericist for helping me out with my questions, Kevin Granade for working on blind/screen reader accessibility for CDDA - you guys are THE BEST

Greetings, Kenan. I hath always harbored curiosity upon the “bl9” section of Discord. It be-ith a most enjoyable modification, and I congratulate ye.

It should, yes - if you encounter any errors - just ping me and I’ll fix your version right away

I did encounter one bug in my playthrough with this mod, not sure if its because of this mod though. when i tried using the vacation brochure map from magiclysm, my game froze. other maps work, but not that one.

Also it would be cool if you maybe added a profession or 2 based on resident evil protagonists.

Thanks for the feedback, I truly appreciate it

Feel free to leave even more feedback as you play through the mod - oh and AVOID the patrols at all costs while you’re still at the beginning of your playthrough - you are meant to hide from them and just kinda incite them to attack zombies/nether creatures so they can just kill each other, when you get a bit stronger - yes, you can take on these bastards and actually dive into the mod and acquire the map of the Castle

Delete your older versions and install one out of these 3 versions depending on your tastes, I promise that it will be properly balanced now

Another update with patrol spawn rebalancing, hope everyone likes it

Hello, Kenan, i played a few hours of the mod today and here is my feedback:

1 - Overall the mod is solid, it brings a lot of content and it makes the game more interesting (if you are a mid / late-game fan like me, this mod is for you).

2 - The game does not lag when crafting / waiting inside the castle. (tested using a weak PC)

3 - The Mk tier system is really simple and fun. (But there are some bugs, unfortunately)

4 - Really nice places/rooms like the sewer prison in the castle, or the hangar in the base.

6 - Challenging new monsters (specially in the “base” map, i wasn’t even strong enough to finish it, wich is an amazing feeling and makes you want to continue to play the game to become even stronger and finish it)

7 - The herb system is interesting (but really op! The monsters drop so many of the herbs!)

9 - The base have several nanofabricators working! A huge incentive to explore it in different playthroughs! (I would have loved to see a CVD machine aswell! Maybe as a rare finale room reward…)

Not so good things / Things to fix/improve:

1 - The acid from the enemies special attack only target the torso.

2 - Minor problem: Some tiles have no tileset:
(The castle have a tile called “empty space” i dont know if it is intentional, but it makes some rooms seems unfinished.) 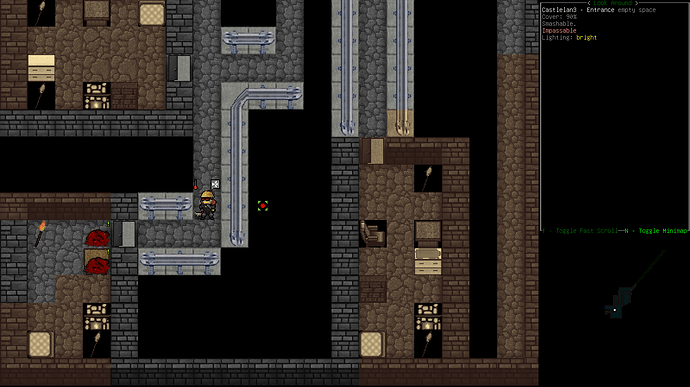 5 - Infused shotgun mk ii doesn’t use the bl9 shot ammo, it use a weaker normal ammo that deals half the ranged damage. (this probably happens with different weapons but i didn’t tested) (had to reload the save and continue using the mk i)

6 - Some mk ii items cant be bought. When you purchase them, you receive a mk i version, example: helmet, infused body armor. (i had the mk i helmet version in my inventory, and the npc kept selling the mk i,
instead of upgrading it to the mk ii version).

7 - Not enough loot variety (besides the books) in the castle (i didn’t finished the base), is there a finale room in the castle? The one that i explored ended abruptly, maybe because the hangar map spawned right next to it? It would have been great to
encounter a boss fight with a really nice reward after the really long journey. (it takes hours to finish the castle!)

8 - Undeadpeople tileset ready. (I didn’t tested ultica, but it would be amazing to see it working as well).

Neither good nor bad:

1 - No melee weapons (at lest i didn’t found any, only 1 high-quality longsword in the castle, i talking about new itens)

2 - Some of the card readers were broken, luckly i had a pickaxe and could continue. (the monsters probably breaked it)

1 - I recommend this mod to everyone, it definitely joined my list of mods that increase the amount of content in the mid/late game and you should try it at least once (in my case i will always have it turned on, as i do with a lot of different mods). It’s really unique.

Some fun pictures to convince everyone to try this mod: 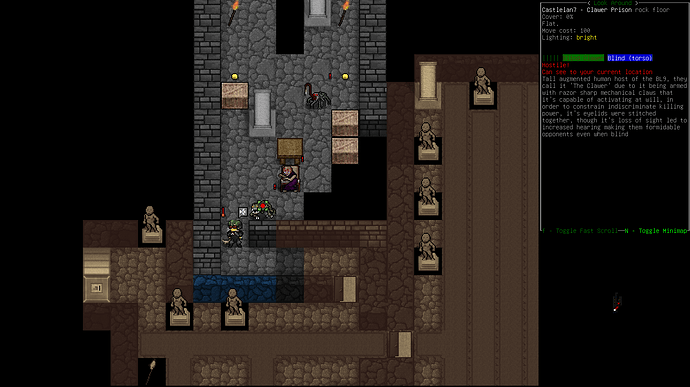 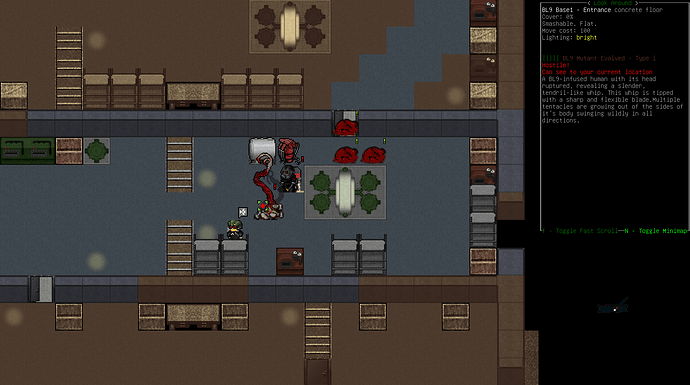 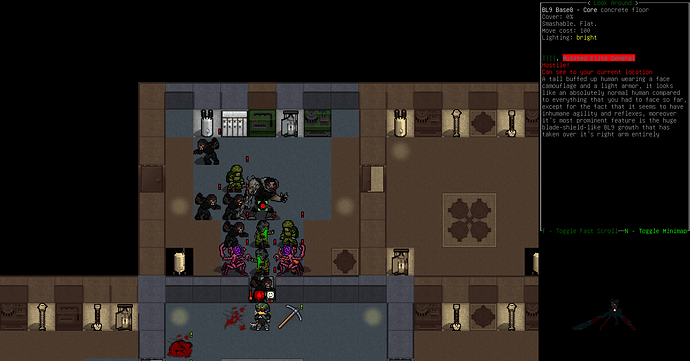 @Aphegis wow, THANK YOU SOOOOOO MUCH for actually making a huge review and playing my mod and leaving SO MUCH feedback, I truly and deeply appreciate it, I’ve sent you a discord message as well for further cooperation

Thank you for this review, I DEEPLY appreciate it, I am VERY happy that you like this mod, this project has been done by me and Axema with full dedication and love, especially because this is my first mod project for any game and I am really happy that people play it and enjoy it

I’ll take a look into this mod once hurricane sally passes through, the review said there were a lot of martial arts books, which got my full attention…

I think the amount of martial arts books in the castle should be fine, MA books that aren’t dojo-specific or boxing are exceedingly rare.
I’ve been playing on this one save for a few months, porting to a new version as needed, and I still haven’t found any special martial art books.
Good luck finding sword martial arts, kung-fu, or martial arts from the Mythical Martial Arts mod.

Anyway, I hope the martial arts are a bit more rare than just karate and taekwondo or else I’m gonna be sad.

Can anyone tell me whether the mod works with the stable releases, more particularly 0.E-2.

@WarpedOut I believe that the version that is compatible with Pre-nested/Bright Nights (the mega link above in 9) ), should work with 0.E-2 as well, feel free to test it and leave feedback

Still pretty new here and i tried that link and used the folder with the 100% monster resilience, the game just refuses to load with the mod.

What errors do you get?Feel free to post the debug log here and I’ll see if anything can be done