(as of 11/1/2019, the mod has been considered out of beta test, but still WIP as there is still potential to add more unique weapons suggested by community) 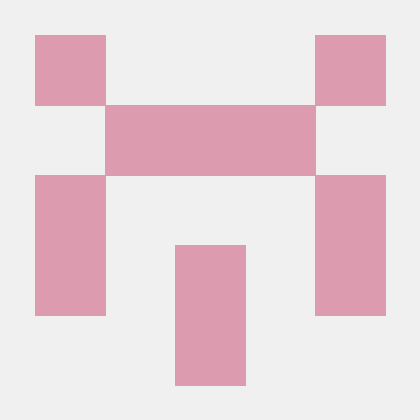 What is this mod?

long time ago, i made my first mod called Globaltech mod, the post still exist but the mod can’t be downloaded anymore because i lost it along with the account where the mod get stored (Google drive), so i rebuilt the mod back with new name and with ideas from C:DDA community. (link to thread where all the ideas i get from)

what this mod offer?

the mod has been considered finished and entering the stage of mainline planning, the mod currently offer firearms and melee weapons suggested by the community in the thread linked above, which is :

Eliminator, highly classified Laser Cannon made by US Government as last resort against Cataclysm.

how to install the mod?

extract the folder inside the zip (if you see the folder named “Future armory”, that’s the mod previous name, extract that) to the game’s data > mods folder.

Goal of this Mod

the goal of this mod is to add many unique weapons and firearms, whether it be rarest gun ever exist, forgotten weapon that exist in past times or even gun that was exist but didn’t have a chance to be known.

This sounds like i’ll have new toys to die five seconds after getting!

I have a habit of running directly into tank drones, shockers, and acid zombies.

then you would be happy to see how i designed Anzio 20mm to be “guaranteed yeeting the hell out of tanks and zombies”, plus the razor sword.

just a tip for you, its okay to play easy mode in this game, the game still has dangerous threat even your character is OP as hell.

I just always feel bad when i use stuff like C.R.I.T.
Engineer or Robotics Prodigy.

I would encourage you to put the word ‘mod’ in the title, as well as using the ‘mod’ tag. People often complain that mods don’t show up in searches because folks don’t put mod in the title or use the tag.

Other’n that, neato! Congrats on putting together a mod. That’s the first step to becoming the greatest contributor in Cataclysm history. o_o

Also, who wouldn’t want a Chakram?

Cool stuff, on my list to try on my next play through!

Tried the chakram and the razor sword (love the concept :D).

And both seems pretty OP (unless they are going to be end tier), or maybe i got lucky with the 5 zombies for each weapon, both just needed 3 hits at most to kill a normal zombie ( skills levels throwing 4, melee 3)

And the razor whip felt underwhelmed compared to the razor sword (not because of the damage, but maybe “flashyness”?), maybe taking one of the AOE techniques from the sword and putting it to the whip so both have 2 techniques, nothing like and aoe to imagine yourself flailing a whip wildly.

And since im a lazy dude and want more reach ( i dont know the reach code limit for a whip) so i dont have to pick up things. What about a boomerang?

nice feedback, yes chakram and the razor sword is intended to be powerful because im planning to put them both in a place where players can find it rarely (probably mansion, like how samurai can be found in mansion with probability of 3)

i will take one of the AOE from razor sword and put it on the whip too, and for boomerang, sounds good, a bashing version of chakram.

Aha, so if we’ll be able to get Katar by clearing a mansion, i guess razor blade should be received once we…either clear our first lab or mall, since the damage is real freaking high, hehe

I really like these mods, thanks for your work, mate

no problem, i was planning to put Katar and Razor Blade along with other melee weapons in Mansion too, but im still looking for more potential places.

allrighty, im still researching how the weapon looks, weight and volume, and where should i put it (could be gun category or melee category)

Would probally be a low encumbrance Lmg-style gun with a “shoulder strap” naturally on it.