Rob Gronkowski shot a minigun without mounting it. We should be able to do it as well

Survivors with high strength should be able to fire a minigun/machine gun without needing to mount it on a bipod or something. It shouldn’t be physically impossible anyway. We’ve all probably seen Terminator. A highly fit individual (like a hardened survivor) should be able to shoot a minigun. And since power armor and CBMs/mutagen exist in this world, increasing your strength to superhuman levels is doable.

Would be nice to have super high strength mean something in-game.

I think this is what they’re referring to. Robert Gronkowski is a pro football player, 6’6", around 268 lbs and can fire a M134 minigun in 1-2 second bursts without being knocked off his feet.

Would love to see what the accuracy of that was like, he was swinging and bouncing it just in that burst.

He doesn’t appear to be carrying the ammo, which appears to be a significant portion of the volume, and probably mass of using that gun.

Given the number of bullets fired I doubt that accuracy is too much of a problem. Just shoot in a general direction and as long as it isn’t very far away you are bound to hit something. Also, most enemies in cataclysm come very close before attacking you so shooting at them like this would be VERY effective. you could just vaporise a horde coming to close and even any the toughest enemies would need maybe one or two bursts of fire to take care of.

Then he could use a shopping cart, or be genetically/cybernetically enhanced, or wear a powered combat exoskeleton to easily carry the gun plus ammo and brace against the recoil.

That’s a fairly small change, right? Basically a strength requirement? It makes perfect sense for powered armor to lug the stuff, it’s nothing BUT support and bracing so shooting a minigun or other vehicle based weapon/heavy weapon isn’t a problem. Carrying ammo shouldn’t be a problem either as, again, it’s a powered exoskeleton. And it’s a near-future trope that fits with the new meta of the Cataclysm happening the day after tomorrow.

Fair enough.
But I will undermine that by saying that I’ve been hearing Kevin say for quite a while that carry weights are too high.

As a backpacker, I confirm it being way too high. For me, an average strength man, carrying 28kg in a very good hiker backpack for a couple of hours is extremely tiresome.

Edit: I have heard stories of very experienced mountaineers that hauled about 50kg, but for short periods of time.

How should thing that you are wearing be considered. It is much easier after all to wear thing than carry them since the weight is distributed more.

On a related note, I just watched a video of a soldier dual wielding M249s. Would definitely be fun to do lol. 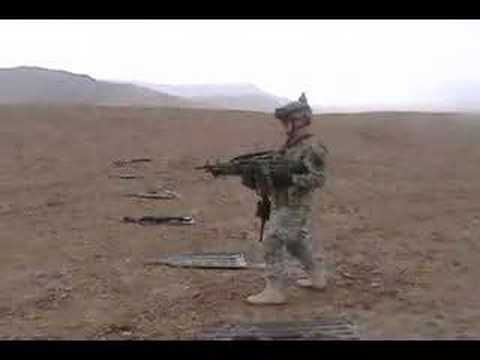 No, we should not. Average survivor is weak.

Good thing nobody suggested the average survivor should be able to do it then, only high strength survivors enhanced with mutations/cybernetics/power armor if necessary.

I see “hardened survivor” which is just an average human.

High strength survivor (what would the strength value of Rob be?) should have the following capabilities: