Going back to original grey instead of sepia for memory

Heya cddudes! Anyone having an issue toggling off the warm sepia colour for memory? Can’t for the life of me figure it out, I’d like it to be back to grey like it was before. It splits the screen up a bit strangely, so I’d prefer the original.

The old-timey photo feel is cool, though unfortunately it’s been a bit too much, its been throwing me off (if it was darker / blue, might be better to adjust to because it sells the unexplored a bit more).

Let me know your thoughts! What do you think of the colour change?

When this gets merged you will be able to choose between the old look and the new one:https://github.com/CleverRaven/Cataclysm-DDA/pull/32713

Bless this future update, thanks so much for the link. Glad its in the works, you guys are awesome. :" ]

I merged this into my local branch ahead of the master because I couldn’t stand staring at urine on my monitor. Can’t wait for Kevin to merge it into the master.

It’s pretty bad on my screen; I really need a new monitor. Some shades of red I can’t deal with either because they cause headaches.

Very happy to hear this will be a toggle option in the future! I think it’s a neat concept with the sort of ‘faded photo’ look for memory, and the idea may be salvageable, even if I myself prefer the original gray.

I think the biggest issue during the day is that the lack of contrast between memory tiles and the visible ones really compete for your eyes’ attention. At night, the sepia is so bright that it resembles day, causing a lot of dissonance between the memory, the bubble of dark around you, and on top of that, the light from any light source you could be using at the same time.

I think darkening it up significantly may help? Something on par with night tiles just with a tint. All the same, an interesting take, and I very much appreciate making it optional!

I don’t exactly remember the game being sepia or brown colored… Which tileset are you using?
Do you have your computer set to “warm” colors? Cause “night-light” mode can sometimes tint your entire computer orange

You can see an example of the update effect here in one of Rycon’s vids (incidentally he’s a fan of it, haha): https://youtu.be/ALuGaFEdmo0?t=130

It’s not a monitor thing, there was an actual change to the look of memory tiles. :0

New feature pushed a couple of compiles back. If you haven’t played in the last week or so, you’ve just not seen it yet.

screenshot of a factory during the day. 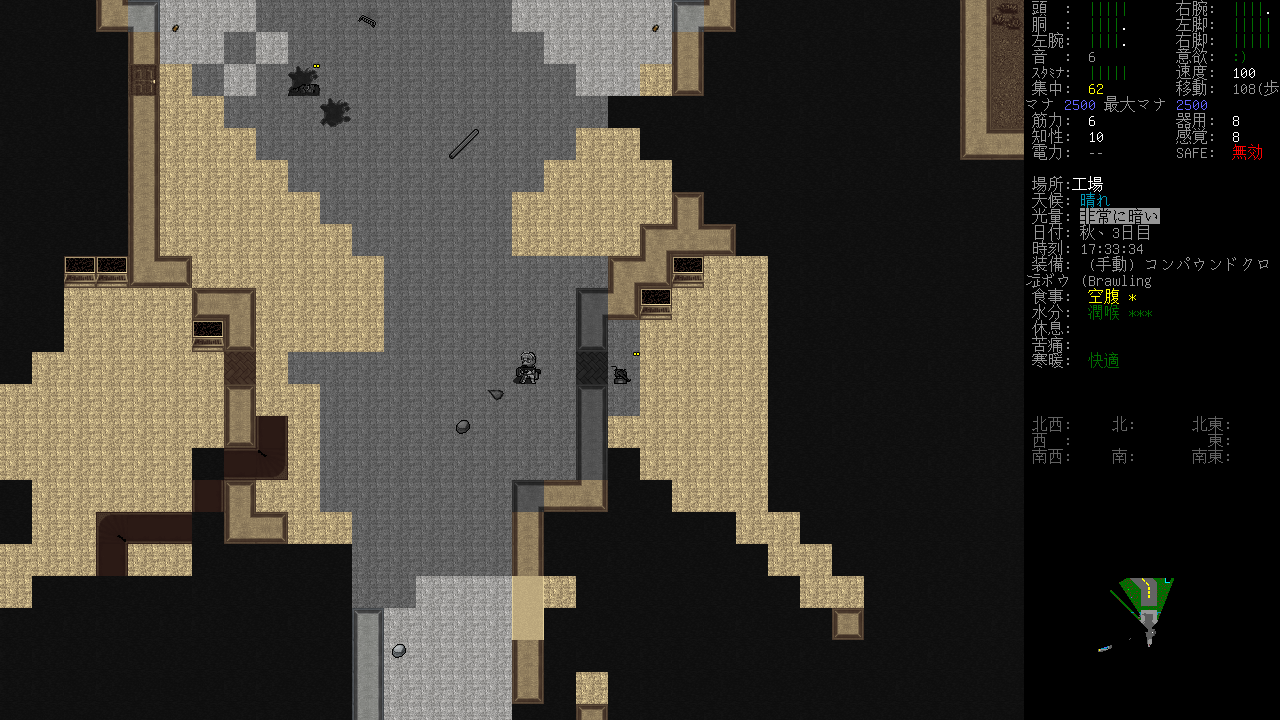 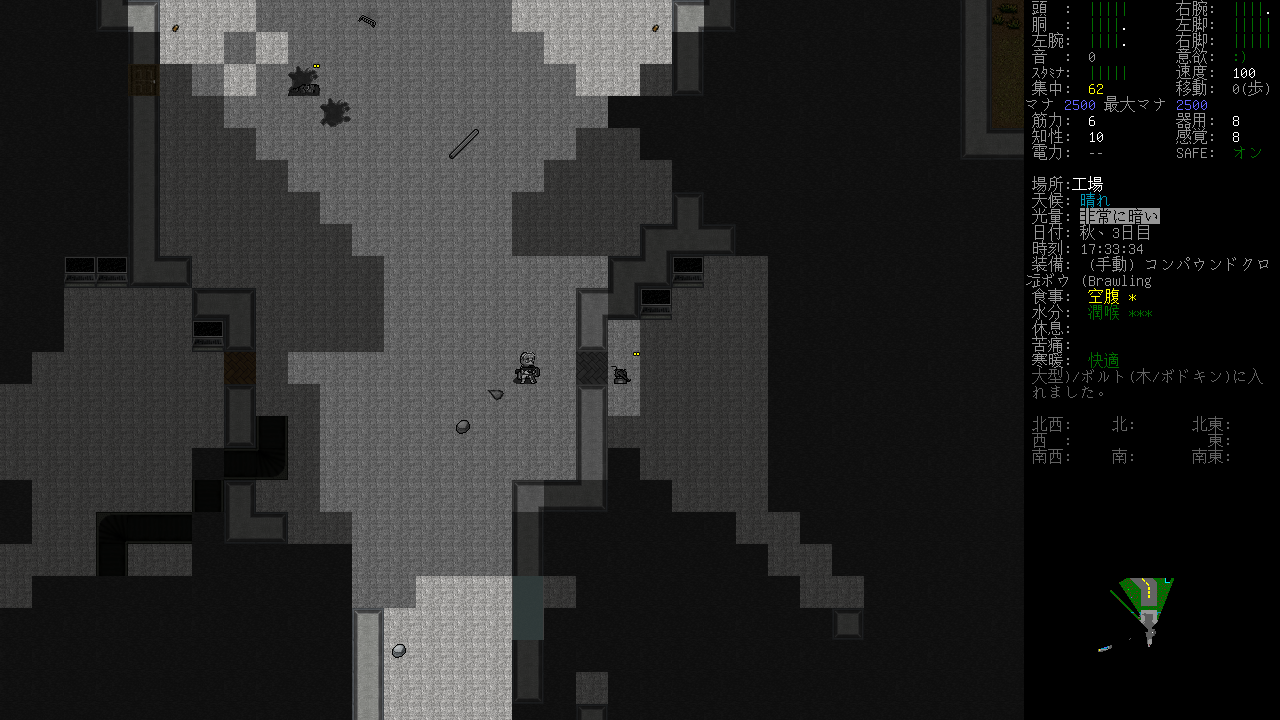 same location during the night. 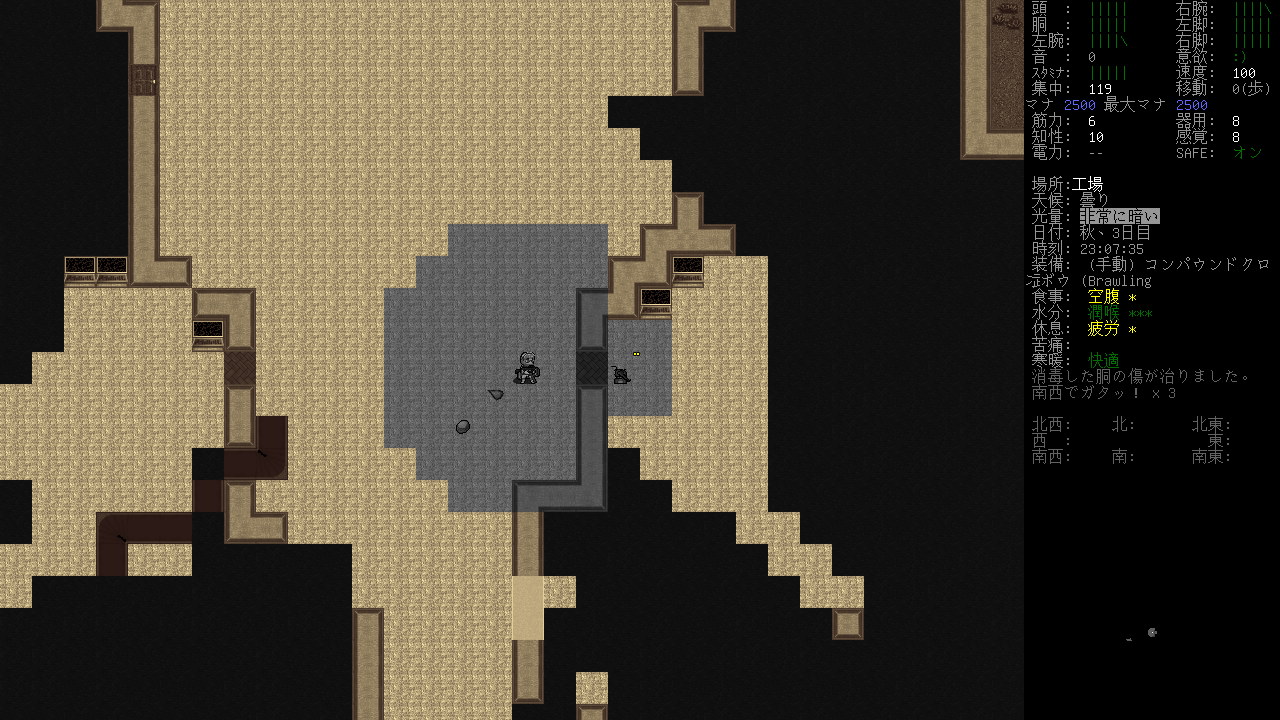 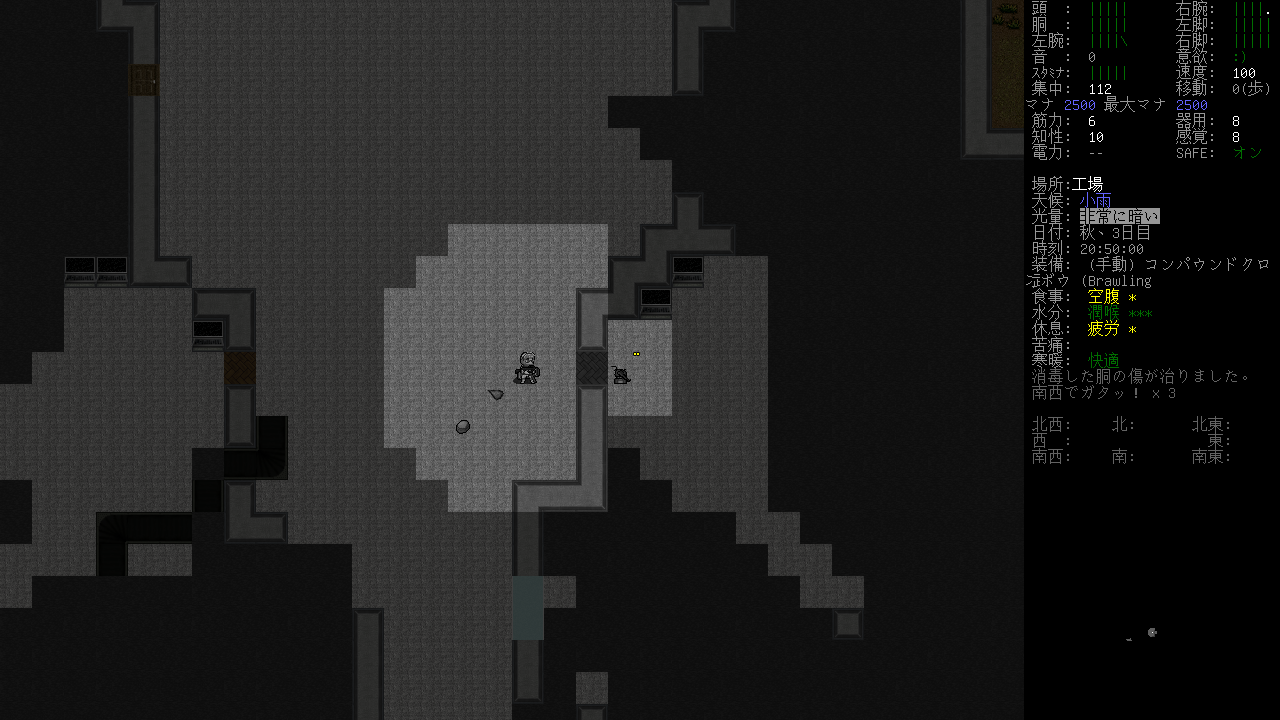 Anyway, for those who feel good in sepia, I agree to be able to choose.