I didn’t know where to post this so I thought placing iit in here would be the most relevant? I’m sorry in advance if this isn’t. Anyhow. I installed the launcher to my desktop or rather the installer. I did however make the mistake of not setting up a folder to install INTO. So long story short, I installed the game and its contents onto my desktop and more than half of my icons AND important files were missing. I restarted my comp, and even tried a system restore to alleviate the issue to no avail. Has anyone had this issue before and if so how did you fix the problem? I know I messed up in the respect of installing a game like this directly onto my desktop I’m not here for a lecture just a solution. Please and thank you in advance so kindly.

IIRC the CDDA launcher is a separate tool made by none of the dev, you should post the bug report to its github repo instead. 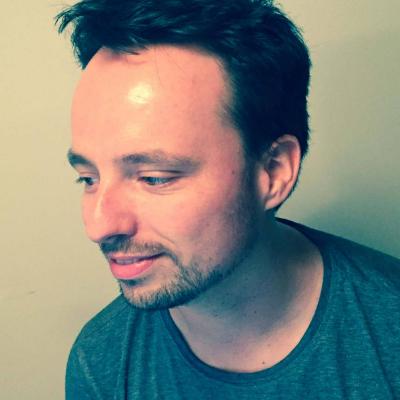 A Cataclysm: Dark Days Ahead launcher with additional features - remyroy/CDDA-Game-Launcher

You could check the previous_version folder. It is possible that the files were backep up there.

Not if he update twice. Just hopes that he didn’t do that in panic

I’ve been up all night and I found the root folder for my most important file on my desktop. Its a LINK now but it’s there.

Check what Hirmillo said. It’s the most common fix for the problem.

no possible. I tried.

I could be misunderstanding but did you mean that you installed the game into your desktop and that it is now cluttered with cdda files? If so, you can safely delete the cdda files to remove the clutter and you should get your desktop icons back. what version of windows do you have?

If I had to guess I’d say that’s what happened. You didn’t specify an install path and it somehow defaulted to desktop. I can think of no reason why it would delete/erase your icons or files, so my guess is that they’re still there.

I’m going to assume you’re using Windows because I don’t know anything about any other computer.

Can you navigate to your files in the explorer?

If they were deleted, they should be in your recycle bin.

Assuming the files still exist and you just can’t see them – I’d say you can delete all the cataclysm stuff, as Mike_Oh suggested. Then auto-arrange your desktop icons. This should bring any unseen icons back into the newly cleared space of the desktop. On Windows 10 you do this by right clicking a blank space on the desktop, selecting view, then by ticking and unticking auto-arrange icons. For other versions of windows, you’ll have to google it.

But again, I’m not sure what the problem is here. Nothing on your computer should have been deleted by the program, everything should still be accessible through windows explorer.

My desktop isn’t cluttered with anything. No files from the game etc. I’m using windows 10. The recycle bin is empty. I’m sure my files are there. However, they aren’t accessible as the folder the items are located in have been turned into .lnk format. I found them using Everything the search program. The files are the only thing that got messed with really. All shortcuts are untouched. The files have been moved to another location. My problem is restoring a file folder from being a shortcut, which it isn’t realistically, back to the file folder it was previously. Thanks for all of your replies, by the way, and thanks an advance for any further assistance in the future.
P.s. I did specify an instal path as the desktop. But I didnt place a new folder down to be installed into. That was my mistake.