Fungus in my shelter

Hi,
while I was reading books in the corner fungus appeared in my shelter.
below the butchering station (the chevron) was a table. There I smashed a “fungus thingy” with the crowbar. The table is gone now. WTF??

How to I get rid of the fungus? I dont want it. Burning is not a n option as the evac shelter is made out of wood. 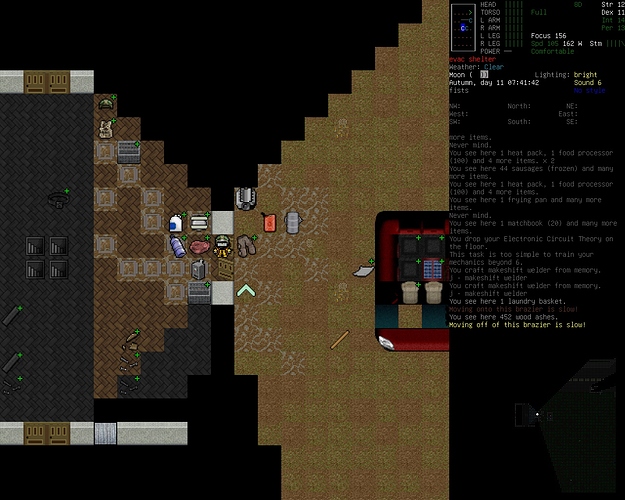 Fungicide in a chem sprayer works, I think? I would just move though, or join the mycus.

Basically what Kobold said. If you don’t have fungicide and aren’t willing to burn it down all you can do is pack up and move. Otherwise bad stuff will happen to you.

I tried to give me the sprayer and the sprayable fungicide via debug menu. The fungicide can´t be given with a container, even if flagged as “contained”. (It works for clean water.)

EDIT: As the fungus removal does not work that way, I tried to activate the no fungus mod.

But I get an error message.
Is this change in mods.json in the sae folder able to remove all the fungus related “crap”. Or can this only have an influence on map creation??? 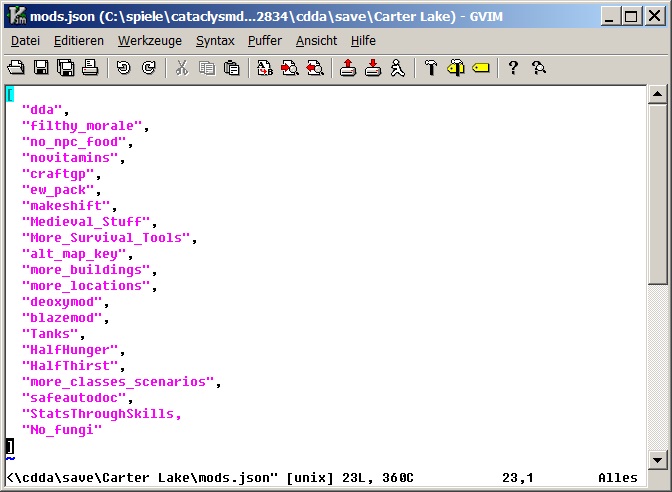 EDIT: The missing " and the small f of Fungus are changed.

You could try and do a very controlled burn with a fire extinguisher and dump a bucket of water on all the tiles adjacent to the fungus as well. But it sounds like you just debugged your problem away.

As for the mod issue, adding mods to an existing world is always gonna be fucky. I don’t know enough about the interactions of mods to tell you more than that. I just generally avoid it.

The sprayable fungicide thing is a bug that’s been around for a while, I think I reported it way back.
A workaround is to debug in (or find) a toilet, then wish up the fungicide, and drop it on that tile. (stand over it if you’re afraid it’ll drop out of your inventory due to volume) It won’t be on the floor anymore, so you can remove it to a container. This works with any tile that can hold a liquid, but you can’t stand over most of them like you can with a toilet.

On the outside i removed it wit a shovel. Dig a pit then fill a pit.
On the inside I replayced the fungus tiles with the map editor.

Even the fungus can’t hold up to debug.

It will be back… just you watch.

If you want a solution without the debug, all you need is a shovel, a jackhammer (with fuel), and clothing with decent environmental protectino (or anti-fungal meds). shovel can remove fungus on dirt tiles, while Jackhammer on non-dirt tiles (though this spawns spore clouds). It isn’t particularly fast, but it will work. I’ve destroyed a few small fungal patches that way, when it was raining too much for fire.

A hoe used to the be the fastest way to remove fungal bed (on dirt) - haven’t tried it in a while, though.

Kill it with fire. All fungus must be killed with fire.