The Danny release is characterized by MORE. More UI polish, more features, more content, more long-asked-for changes. It’s the longest-lived and largest in every way release we’ve ever done, and we hope to never do it again. Future releases are planned for roughly 6-month intervals. This release is made up of 37,604 commits authored by over 700 contributors, and it roughly doubled the number of everything in the game, items, monsters, map buildings, you name it, we doubled it.

It’s honestly way too huge to summarize in any meaningful way, but here are the absolute biggest changes, and you’ll just have to dig into the changelog or the game itself for more detail.

Head to the release page for the downloads.

Check out the full changelog, if you dare…

More changelog since I overran the posting character limit…

I was here right as it happened! 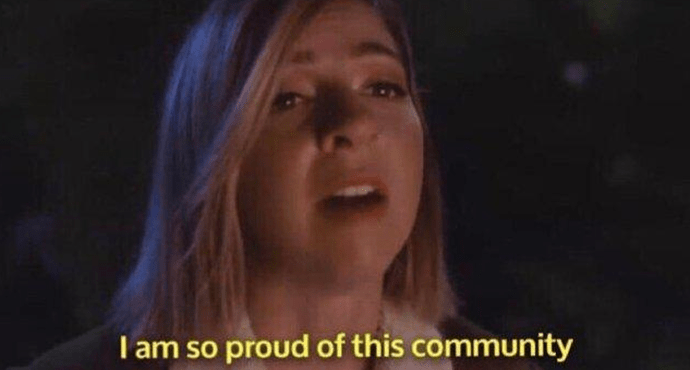 That’s a, that’s a big changelog, is what it is. Proud to be a part of it.

Dear god what a huge ass changelog. Guess I should go download it right now. I really need to figure out how to keep my personal mods in through an update. Having to copy back in code bits every time I launcher update is a pain.

Dang the changelog sure is huge. I remember thinking that the 0.B changelog was big but this is something else. To be honest I haven’t really given this game much thought since the experimentals went so ahead of the stable version and I became increasingly overwhelmed by the sheer number of things that were suddenly changed (not to mention I had gone end-game several times before and I was quite bored with the mid to end game portion) but I’ll sure as hell download… er… compile (Linux version was quite borked last I checked) this as soon as possible.

Well, good work, ya’ll. I know many of you are putting in multiple pull requests every day of the week for no reason other than ‘love of the game’.

Woah. That is substantial, but I guess when you play 0.C you really do realize this is a different beast entirely.

Congratulations to all of you and all of us!

Anyone plan to update Cataclysm’s Homebrew formula ? I can send a PR to bump the version if no one else plan to do it.

We built some automation around it to help.
Also, the changelog is about 10% of the changes.
There was about 10x that many changes that were like, “fixed grammar in a few item descriptions” or, “added waffles” that I cut from the changelog because it made it too big.

I’ve temporarily stopped played when you said a while back about releasing 0.D
I knew there was a lot that changed, but little did I know until know just how much.
May the force be with you.

You cut the major addition of waffles from the changelog? This is unacceptable. How do you think whoever added waffles feels about their contribution being glossed over like that?

congrats for the release… finally a new, fresh stable version for my zombie survival adventure satisfaction…

this could be on world record for biggest update for a game.

Awesome! Impressive work. Thank you all!
Gonna get back to play the game again.

While I may not agree with everything you do, I admire your dedication to it. You guys put in a lot of work. Fine job.

Sounds like a lot more people were playing the old stable then I would have thought. Curious to see how long that change logs going to be for E when it releases.