Too heavy for it's engine?

So I’ve been suping up a vehicle, only I have a problem. Too heavy for it’s engines. I was originally using a V6 engine. So I then switched up to the V12 which I was told was better, no dice. In trying to find something I heard it MIGHT be a glitch? But I’m not going to put it past myself that this is likely human error on my part. Anyway, here’s the layout, please help me if you can.

I don’t see anything wrong with it. Someone told me that they drank fuel from tanks top to bottom, though, so I wonder if that being a diesel tank means the engine’s not getting fuel.

I’ve gotten the ‘is too heavy for its engine’ message upon running out of gas. But that’s really all I can figure, and it’s just something someone told me so I don’t even know if that’s right.

Just tried removing the diesel tank. No dice. Thanks for the suggestion though.

That engine is pretty far in the back, it might have shifted the center of mass outside the wheelbase.

Turn on debug mode (need to bind in keybinds first) then examine the vehicle with debug mode on to see its center of mass and pivot. 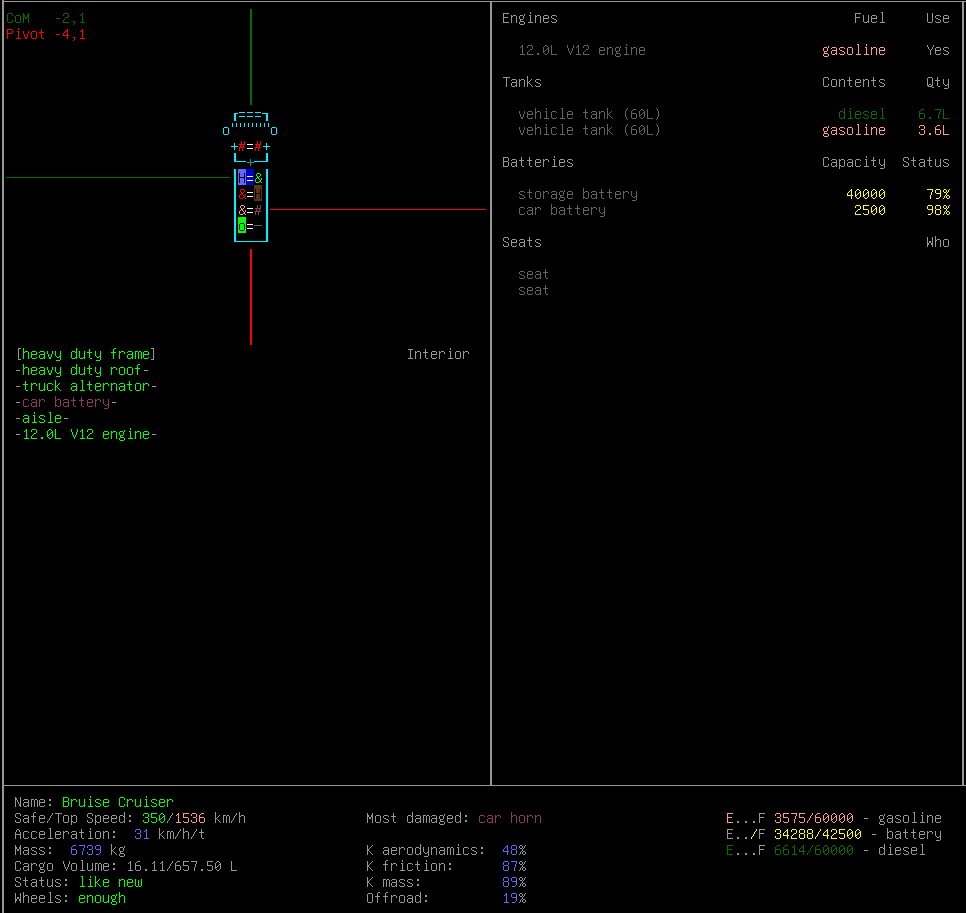 Is ‘too heavy for its mass’ a system message? Never recieved one. And a V6 should be okay for a 6.7 ton vehicle. So it’s probably not the engine type that’s causing the problem.

Have you considered checking the wheels as @darktoes suggested? 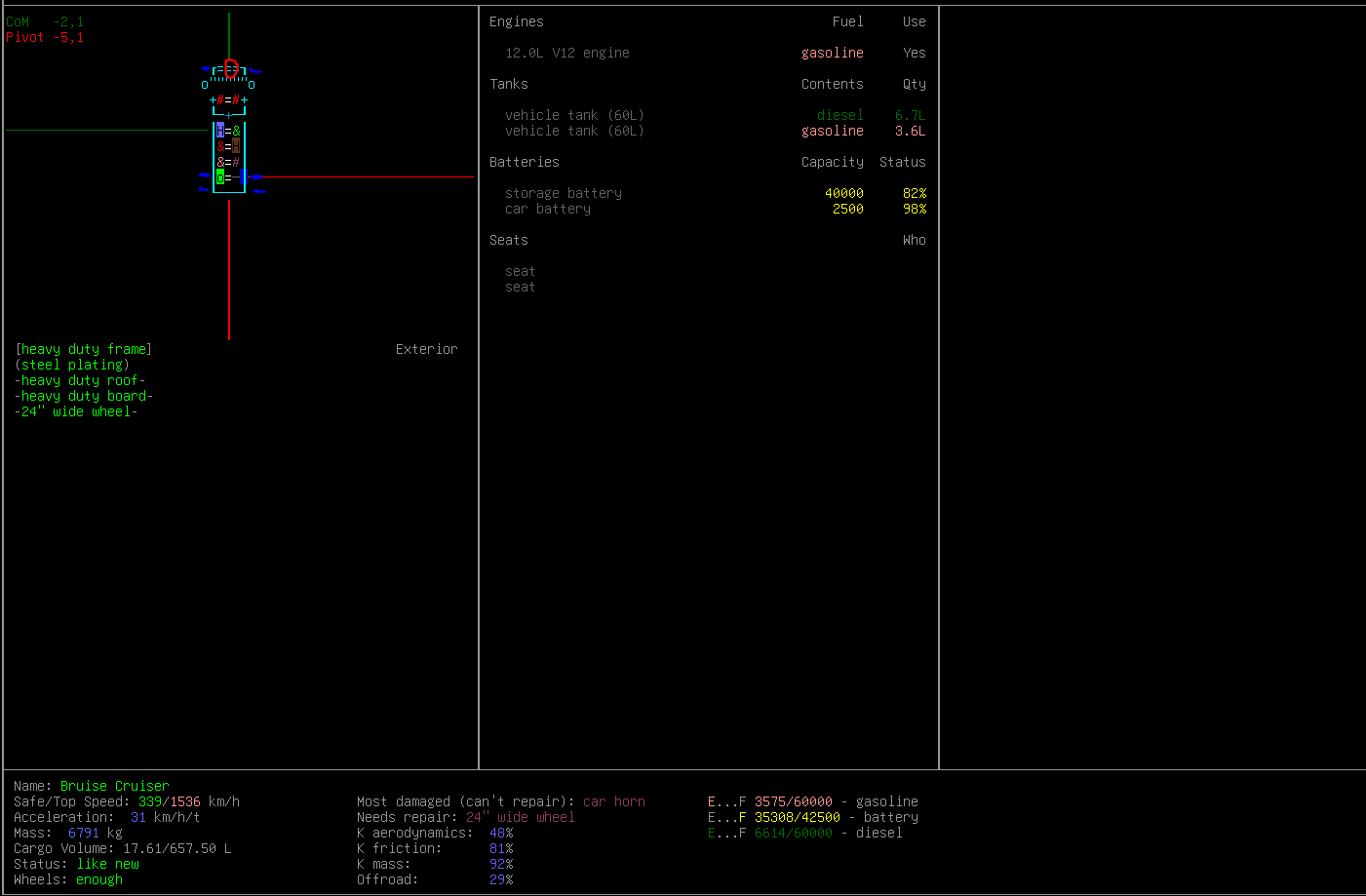 Did you try to create an amphibious vehicle?

No that isn’t what I was trying to do, should I?

No, because it’s disabled and broken. If you install floaters, it sets your traction to zero causing that error message.

I didn’t install any floaters to it.

I don’t suppose the engine is disabled in the vehicle controls?

I think that means it’s on, and I’m not sure you can turn off your last engine, so that might be why you can’t turn it off.

Huh, that’s unfortunate. Anyone else have an idea why this isn’t working?

That’s indicated in the vehicle screen in the topmost row.
V12 - Use (yes)

@Westafrica no ideas. But just in case, could you list the mods you’re using? And have you driven any other cars? Have you tried other engine types?

I tried a V6 engine before this, no avail. Other cars work. Notably, this happened once while I was working on an RV, but I just assumed the RV was broken. 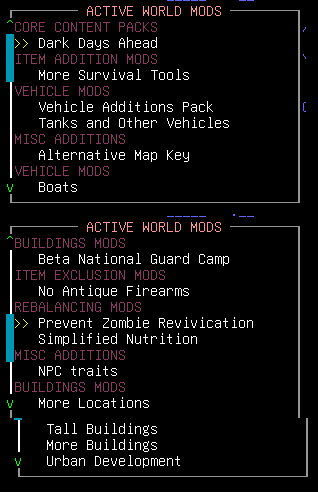