HIGH GODS:
You can achieve high god by either completing all normal challenges and milestones PLUS a challenge of high difficulty of your making. Others will decide if your challenge is too easy. If you become a high god, your self-made challenge will be added to the list. You do not need to do probably impossible challenges.

ELDER GODS:
Gods who ascended before the forum change will be titled as elder god.

Challenge and milestone recommendations are accepted and will be tested to see what category they will be entered under.

Hey, you improved on the old thread as well, sweet!

Well since you’re in charge of the thread now I’ll ask you: can I substitute vodka for the whiskey drinking challenge? I can brew vodka but not whiskey.

Okay, what specifically constitutes cheating? I feel like I might have to start Crazy Jack’s epic all over again. >.> I only use the debug menu if an item disappears on me (or to edit NPCs), but I am one to save scum if I die. I also use Stats Through Skills.

Cheating means using the debug menu to give your self items and stuff like that. STS is okay because A. It makes sense because if you get better at hitting things, your probably getting stronger, and B. The only other way is a granade and Ive never found them.

And yes, it can be any alcohol, I will change it.

oh, ok thanks for the clarification!, so how many challenges and milestones do you need to complete? and what is J-9?

Might want to clarify that. Also for bonus points, do the J9 in PK’s Rebalance, which gives the Jabberwocks the psychic fear attack the Amigara Horrors have.

Alright, when I complete a challenge, how do I prove that I’ve done so? Do I use pictures? Video?
Currently, my only recording system is Fraps, which has the issue of using way too much data too quickly. If you could point me in the direction of something else (or tell me how to fix the issue with Fraps) I would be very grateful…

Alright. Does the Kill Fungal Structure challenge also not allow the Air Filtration system Bionic? And foot protection. There aren’t very many boots without environmental protection.

Air filtration is not allowed. If it has enviromental protection, you can’t use it

I won’t miss it. It was garbage anyway.

The “Drink an Entire Barrel of Alcohol” mean Aluminum Keg/50 Liters? Also, am I disqualified if I vomit?

Barrel is 100lL if I remember correctly. You don’t have to drink it all at once

I suggest a new challenge: Make “Get a fully charged Cash Card” a challenge on has to complete.
EDIT: I just saw the “Get a Million Dollars in the Bank” Challenge. Silly me. 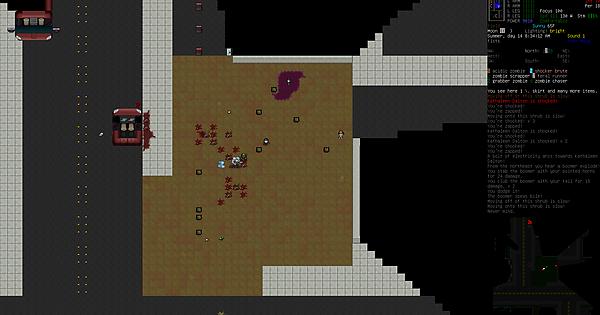 Killed the damn Shocker Brute unarmed. Tore that sissy apart like he was made of tissue paper. Didn’t even get anything new out of him.

Do I need to install all the Bionics AND maintain them? I really don’t want to keep them cause they shit up my Bionics Screen (plus, I use a shield, so FBA is not really an option). Can I install them, show you that I have, and not save?

Also, I think that “Install all Bionics” and “Obtain 500,000 power” should be separate.

Challenge idea: Get a threshold without getting a single negative mutation.