I got the idea from something I heard of called a ‘hell mouth.’ I don’t know much about them, other than they are ‘mouths’ to and from hell.

Well, we’ve got hell mouth filled with lava in CDDA

I just want to ask if someone has done this. If yes, provide any links to it so we can try this

Mostly my brainstorming habit when I get into the game a little more than usual. Feel free to bump though. We may yet see some one develop this into the game one day =D 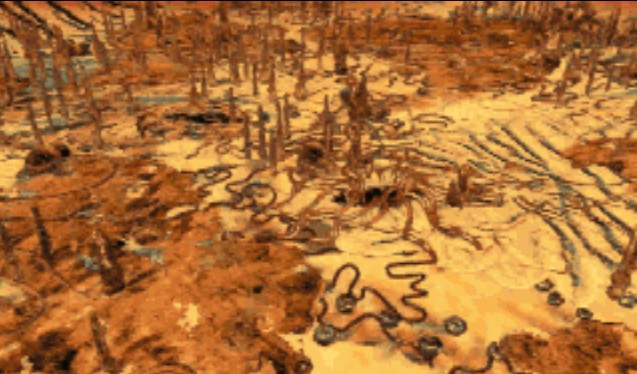 Veinholes, often called Veinhole monsters, were Tiberium-based life form first noted during the First Tiberium War, but they did not spread worldwide until the Second Tiberium War. Contents[show] Background While isolated cases were seen during the...

I remember the original C&C games for DOS. But beyond that. I kinda left those behind for stuff like Morrowind when the modding scene really picked up. I was on the ground floor when the big names were new then and helped make some cool stuff…er…told people ideas and they made stuff for everyone rather =^_^=

Oh wait. I was going somewhere with that. Ummmm…I didn’t take that idea from C&C =D

I like the idea. You could have all the NPC’s in an underground settlement speak fluent Russian.

Some Laboratorys have railways directly connecting multiple labs. Not sure why they would be speaking russian though. Metro games are in russia. If the idea were borrowed. Perhaps adding a random NPC group in a camp in sewers/subways in general would be a thing?

I was referencing the Metro© series.

Sees a tree made of breasts
Guess I’ll wait for the fruit to ripen.

yonsisac maybe making this. Could ask him if he would add in trees with…Melons

Not that I would agree with this or anything besides adding it as a joke in an extra feature manually or something.

Hoping if he does make it. Perhaps Undead will make some tiles for it if yon does not.

I had a pretty “close” idea some time ago , but coral / sludge based
(Specially the sludge ones, basically its the same) 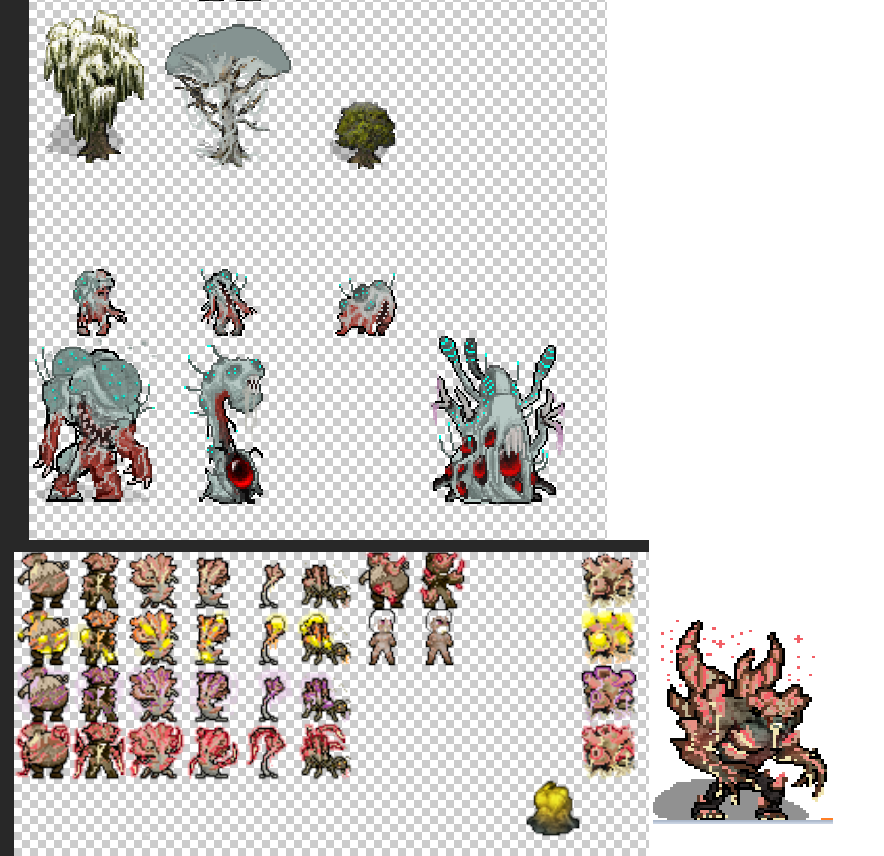 It stings! Dear God, why did I have to choose kickboxing!?

This could actually be incorporated into the mycus (mushroom mobs). Like, it would diversify them.

In another thread I was suggesting making the fungus spread more like a root system (but graphically and lore wise would function the same as now), basically to change the game mechanics a bit, and make it less annoying. But it would also add dynamics to the artwork and lore.

PS, don’t do as I just did and watch stranger things… it will give you too many ideas.

A few color hue changes to make the main critter more pink could be a nice touch. Perhaps some light lobster shades? Assuming you wanted to have these used. But they do look great. Even the zombies that were enveloped.

Tree mobs with heads/arm/mouth/teeth(immobile kind) would be needed to complete the package(seasonal?) but as this was not specific to the Flesh Forest, it looks pretty reasonable as is out of the box.

The giant I assume would be The Creeper? Perhaps that big bubble mouth mob? 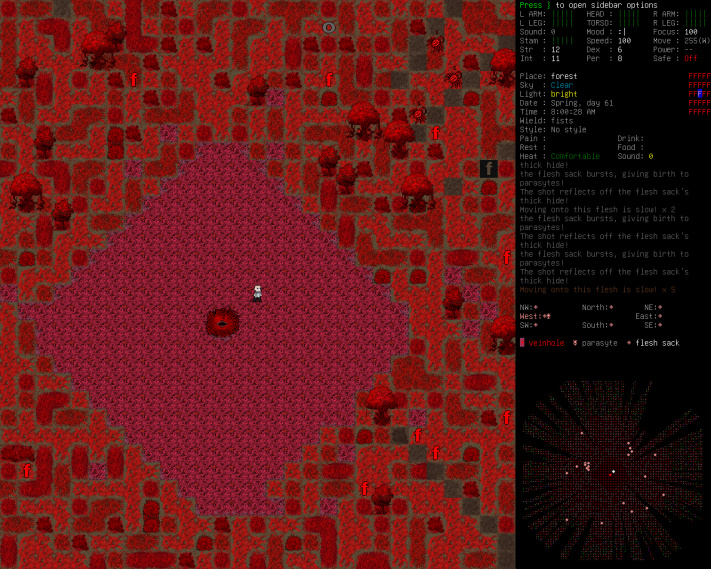 Thanks to @SomeDeadGuy for doing the tileset

when flesh forest exist in-game, its time to do some cleaning… with fire and arms.

If really there, I think I will be very happy

Oh, do not misunderstand, I mean very pleased use flamethrower

Frankly I cannot wait to go against the forest, seems such a great (and nasty!) challenge!