Came up with this out of boredom and some people like it. So here is a bunch of stuff in the New England area. I am hoping the thread will show the variety of stuff people often walk bye in the woods. The survival skill should allow you to find a scaled amount of stuff to eat. Low levels should not find much and yet they learn. Being able to find a wider variety the higher the level of the skill. While only my opinion. This information should help if anyone wants to code any of it.

Most can be eaten as is. Much of the stuff can be added into recipes the game already has. So making jam for example out of just about any berry or fruit. Making a bread out of seeds and nuts…or something at least sort of like it lol
(cat tail roots for a binder as was shown acts like egg in a mixture. So if you even have normal flour. You can go dig up Cat Tails and process those for the starchy substance.

Bread(or some nasty $h!t tasting substance to resemble it):

Flubbed the first so where do we go?

and now we get to eat our crap ala wtf is it:

I like the edible vids he has to some degree. He shows a little faster what some people drag their ass with.

I’ve been meaning to overhaul some of the wild edibles (mainly replacing wild veggies with various wild veggies I think they are OP xD) but I procrastinate alot and I’m unsure if people would be interested.

Think you can make carnivore variants? Like Potato steaks or cabbage beef? Lol

Yeah, but would a carnivore be able to eat them if they have veggies

Who says they’re veggies? A steak’s a steak even if it grew from the ground XD

I’d love to see wild edibles be expanded. I don’t know enough about them to contribute, but I dislike finding ‘wild veggies’ rather than specific wild veggies.

Not that I’m crapping on it. It’s just that we’ve got specific types of fruit and berries, but wild veggies are a generic, catch-all sort of item.

Most carnivores consume a little bit of vegetable matter, if from nowhere else than the stomach of their prey.

There we go. I want to harvest a crop of stomachs.

As for the video itself. That bread looks a lot more like a cow patty that’s been fossilized rather than anything I would immediately peg as edible.

EDIT: I would be all over expanding wild edibles. Maybe someone can fix the vitamins on dandelions so they actually provide a good amount of calcium. Given that a single serving of dandelion greens provides 10% of your daily value.

In fact if anyone needs help with it I would be more than happy to lend my expertise since I have numerous books detailing the nutrition and edibility of wild edibles. And since I’m hopeless at coding I could at least save the time of anyone who attempts this because research is a pain. It’ll be even easier now that nutrition is measured via calories in game.

This was my boredom and desire to go tap trees when I can’t this year. I don’t have direct access to a fire pit to boil the sap =(

Hoping to at least go foraging soon though.

If anyone wants content and doesn’t wanna buy it I can add a bunch of crap if yall want to know the most common wild veggies. In truth most of it doesn’t taste bad. It is more of a salad that isn’t what you are accustom too eating kind of thing, for most.

If I overlap with crap we already have. I haven’t been playing in the woods in the game. So whoopidie doo if I overlap anything. I will not be adding anything that isn’t native to New England. So no cactus plants and the like. Even though Prickly Pear is awesome!

For a touch of vitamin tea.

For a nice drink:


Something like a Pomegranate without the intensity of a pomegranate. “POM” brand is sold many places and can give an example of the flavor. Water it down to a pinkish hue. 100% is not really what this will be when you drown the berries.
1 Like
TheZoneWizard December 31, 2018, 4:47pm #11

Garlic Mustard. Slightly peppery to the tongue. Make a salad with a few other wild veg.

For some berries that WON’T kill you:
Dog Cherry / Spice Bush / Autumn Olive

You can make jam or a fruit leather from these. Wine is also something you muck around with when you find Yeast.

Like apples? How about these? They can be eaten raw and you will hate it. Tart and sour.

Lets try to make something that doesn’t taste like $h!t that resembles bread shall we?
You can technically use just about any nut that is edible. However. Believe it or not, acorns after you remove the tannin from them is a fairly bland base. In other words. It doesn’t taste like crap and you can mix in berries or honey or something to make bread/pastry.

Acorn base and how to process:

Getting rid of the tannin after you crush it down and make it into a powder. You can use a lot of makeshift stuff you may have if you were in the woods. A rock bowl + another rock for crushing and powdering the acorn meat. Then a bandana and water to rinse out the tannin. The tricky part is cooking. You will need anything with cooking to cook the “flour” until dry. Also. You can boil out the tannin too. Boiling is pretty quick and you just dump the water as much as you can and add more water until the slurry is reasonably clear. The more clear. The less bitter. So if you don’t have a problem drinking black coffee…knock yourself out without this part of the process.

You can mix berries. Honey. Jam. Add in some Cat Tail starch to make bread and pastry. A reiteration because it flows well with standard recipes we have in game and can substitute as well.

Weeds. Ignoring the silly woman using an S on every freakin word…anyway:

You can make a salad. Don’t forget wild Chive and some Garlic Mustard leaves.

You’ve sprung a LEAK!..perhaps not.
Leek as is or a tasty onion like addition to that salad.

Fern as is. In a salad or a lite fry up with some animal fat:

Have eggs, will trav…no no no…that’s just weird. How to preserve eggs that you find. DONT USE STORE BOUGHT. Refrigerated eggs change a bit and cannot keep after refrigeration. Using a small wooden box held together with a dovetail method(for example). You can carve a box. Burn some wood and fill that box with ashes. Then when you find a bird that poops out those eggs or find a nest full(whichever). You can now preserve those eggs for 8 freakin months at a ratio of 80% success! 0_0
Try this guy out for other recipes, tips and examples.

I have well over a dozen survival and foraging books lying around, wont take me long to find them, however I would likely have to research their vitamin values, I may just add poisonous counterparts in as well.

Edible Wild Plants by Elias and Dykeman is a really nice one for most folks. The link if you live in the states and want to buy it: 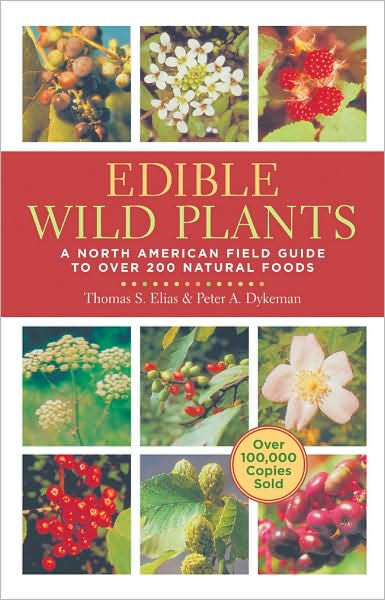 Provides a break down of plants, recipes, look alikes and gives the region of both Canada and the US in which you may find such plants. Relatively inexpensive and thorough enough with color photos instead of drawings.

I also agree on not adding mushrooms to the mix and I won’t here either. Because most taste like literally nothing and at least half can kill you while looking like edible variants. Anyone wanting tips or help is welcome to ask. More content can be added if there is more interest in this topic.

I’ll look around for vitamin tables. If I find any. I’ll post back.

The acorn, or oaknut, is the nut of the oaks and their close relatives (genera Quercus and Lithocarpus, in the family Fagaceae). It usually contains a single seed (occasionally two seeds), enclosed in a tough, leathery shell, and borne in a cup-shaped cupule. Acorns are 1–6 cm (0.39–2.36 in) long and 0.8–4 cm (0.31–1.57 in) broad. Acorns take between 6 and 24 months (depending on the species) to mature; see the list of Quercus species for details of oak classification, in which acorn morphology ...

I wanna make make coca cola. So maybe some Coca plants, some maple syrup or something and then I need to add carbonation.

Well it won’t taste exactly the same. But a few ingredients that could make a taste something similar to a mix of cola & sprite.

-Dried Spicebush bark, ground into a powder. Has a sort of lemon-ish taste that almost resembles a lemon crossed with cinnamon.

-Anise Hyssop; not native. But has been introduced in some rare areas. Taste like liquorice. Boil it in birch sap and add Wintergreen with that spicebush powder(or bark if you remove it after). The end result is a sweet syrup you can add carbonated water too. Closest thing to cola you would get. Although it will taste more or less as I stated at the beginning.

The tricky part is how you find wild ingredients for carbonation. By adding potassium bicarbonate, potassium sulfate, or baking soda to water and carbonating it.

Good luck figuring that one out. I just know about plants. =D

It’s cool that you know so much about plants though.

I wouldn’t know them all off the top of my head. But I know which is close enough to taste and smell to go and look up the substitute of various common house hold food. A few books and google helps for more accuracy. But yeah. I dig plants that are tasty

Perhaps the only carbonation you could apply is fermentation. But then you would end up with a strong piss flavor…I think >_>