I recently, well, a few hours ago, found a busted security bot, and, wanting to keep it for scavenging bots, i took it with me. Its been bugging me for a while that its name is Green, so, i finally read its description, and, yell at me for being dumb later, but, it says its "The casing of this item has Cracked(in yellow), revealing an Ominois Green Glow(in teal letters)

This is the first time i’ve seen these colors used in item descriptions. Should i be worried?

Yes. Don’t touch it or walk on the same tile. Its highly radioactive. Get a geiger counter and scan the area and yourself.

I hope you didn’t leave it lying around your base. The ground may now be radioactive wherever you walked while carrying it; I’m not 100% sure about how that mechanic works though, it might just be wherever you dropped it.

If you are irradiated, take a prussian blue tablet and wait. If you plan to handle the item again, wear a hazmat suit/clean suit+gas mask, active RM-13 combat armor, or full power armor. If you don’t have protective gear, take potassium iodide before handling and get whatever you need to do done fast.

O.O …Ffffffuuuuuuu… its been sitting in my base for several days. And i Have been dealing with radiation in a Lab and a Huge amount in an apartment complex. I have a good supply of Iodine and Prussion pills. Good think i’m already working on leaving the base behind, then o.o

Would it help to disassemble it?

So, i just built a geiger, scanned where it was sitting, where it is, then myself… but its all coming up Zero. Is that normal?

Thats…odd. It was my understanding that when it said “the casing is cracked/ominous green glow” it meant it was a damaged item with radioactive components now spilling out dangerous radiation. And I KNOW nuclear waste and nuclear fuel pellets are radioactive when you scan the tiles, and they have the same “ominous green glow” description. And as I recall, damaged plutonium cells will irradiate the area and the holder.

I can think of several explanations:
1.) Its a bug.
2.) You do not irradiate yourself or the surrounding area unless you disassemble it.
3.) The radiation game mechanics have changed since the source I read about this from was written.

To be safe, I’d take it apart far away from your base while wearing hazmat gear. Then transport the pieces you want to another spot and scan them. If its safe, keep them, if not, give it the Chernobyl treatment.

i Have been dealing with radiation in a Lab and a Huge amount in an apartment complex.

What the hell? I’ve seen a couple random irradiated spots in damaged areas of labs before, beneath debris piles. And the occasional puddle of spilled plutonium slurry (I think thats from the Bright Nights mod though). But I have never seen large scale irradiation of a lab, or an apartment complex for that matter. Is there a bunch of circular shaped areas of debris around or in it that are irradiated?

Perhaps he’s using PK’s Rebalance? I seem to recall it generated lots of irradiated tiles in the strangest places back when I gave it a go.

No idea, I’ve never used PK. I heard it was for masochists.

In the lab, it was a small amount pf radiation, and, i think i know Where it was from. I had THOUGHT there was a wrecked section of an armory, and a dead Zombie Hulk was the culprit, but, now i think about it, maybe there was a mininuke in the room at first? I only started getting rads in the last level of the lab, and i Only noticed when i was emptying out this armory. My rad badge was Red when i looked at it. Back in the apartment complex, now that you mention it, the third floor when i was just Gulping down rads, i stepped into an area that was Rubble everywhere, the walls were Rebar cages, and the doors were practically held together with spit and good wishes… Maybe both area’s just happened to have a nuke go off in them?

I can confidently say i am not using PK’s Rebalance, since its not in my mod lists. Truth be told, i had Forgotten about mininukes. The only time i’ve ever even seen Mention of one is in a world that got deleted during an update, where i cleared a basement of Basement Spiders, and, in the corner, was an INACTIVE mininukehack. I kept it, but i was terrified of ever trying to turn it on. I mean, 1) what if i fail to friendly it and i goes off in my face? 2) what the heck would i need That much power for? 3) I didn’t want to irradiate the city i was mostly staying in. I was doing great, and had no plans of leaving a bit crater of rads somewhere that i’d most assuredly forget about.

Yep. I generally avoid using the explosive manhacks. I personally prefer explosives that can’t turn around and fly back at my face.

I can think of a few things. But mostly I’d want one just to HAVE it. 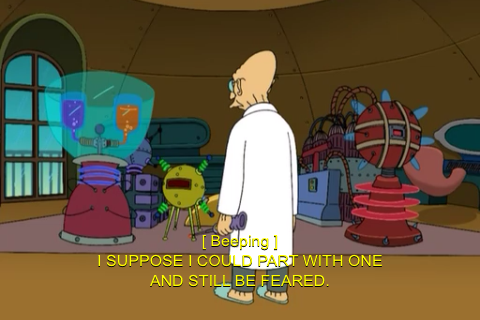 Also, Oh shit I didn’t know mininuke hacks could spawn in spider basements. I’ve set so many of those on fire. God I could have blown myself to the kumquat kingdom every time.

Agreed on point 2. I grabbed it and left, and put it in My safe, secure basement. In the corner. Faaaaar from my other stuff. So i could just Watch it each night. Just incase i ever needed it.

So i could just Watch it each night. Just incase i ever needed it. 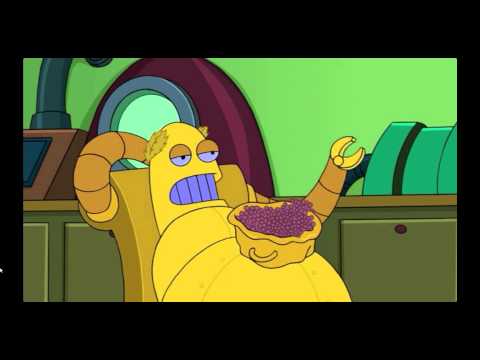 You, sir, are awesome. Not only helpful, but funny too. Thank you for making my day a little brighter with the comedy X3