I’ve tried looking for info on this elsewhere, but with no luck, so I’ll ask here. What’s the purpose of having both Neodays and Retrodays as builtin tilesets in the game? I tried comparing them both, and them seem to be almost identical, with the only difference I could find being a minor difference in one of the grass tiles. What’s the intended difference between them?

neo being new, retro being old.

… i -assume- specific things are diffrent but other than that i couldnt tell ya, someone else could i’m sure. 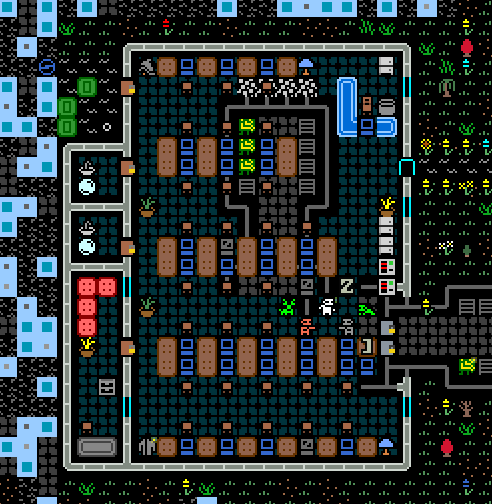 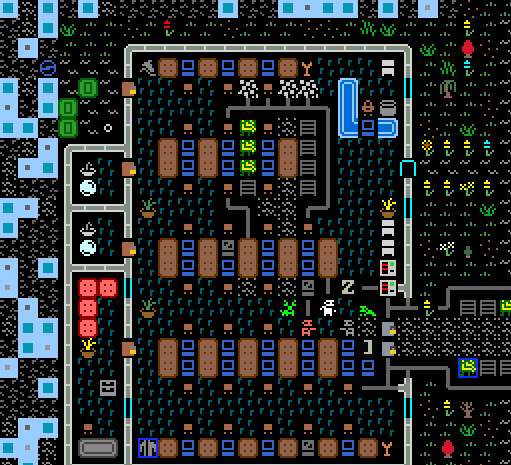 And someone was starting to add overlays for wielded weapon and worn cloth to NeoDays but it kind of stalled, I don’t know if any got in or not. I might have a look this week end and finish some of that stuff that was half done.

Thanks for the answers everyone. From those answers, it seems that the differences are just that Neodays is using more features (and intends to add even more) than Retrodays. If that’s the case, why aren’t the 2 tilesets just consolidated into one with all of those features? Are there people who prefer not having those features, or is Neodays not made by the original creator of Retrodays? I don’t know how the builtin tilesets are handled from a development standpoint.

These tilesets are different, so they should not be combined into one.

These tilesets are different, so they should not be combined into one.

Basically that, the point of having two is to keep Retrodays simple and straight forward.
Both tilesets are a community effort at this point anyone can contribute to it.

I wasn’t aware the builtin tilesets were community developed like the game itself. In that case, it makes sense to have one that’s got more advanced features while having an ascii-like artstyle, while the other is for a more authentic-ascii-experience™ but for people who still don’t want to just use an ascii tileset, for some reason. Thanks!

None of the *-days tilesets is ASCII though - both are graphical.

Yeah that’s what I mean. I always thought that the purpose of these tilesets was to have a tileset that follows an ascii-like philosphy of simple graphics and colors that encourage you to use your imagination, but with the tiles at least vaguely representing what they’re supposed to so that you can tell different things apart at a glance, and don’t have many different things assigned to the same tile (since there are only (iirc) 128 proper ascii characters that can be used in an actual ascii tileset) which helps to make things clearer. That’s what immediately drew me to them anyway.