Is it possible to break a wall with a Halligan bar? 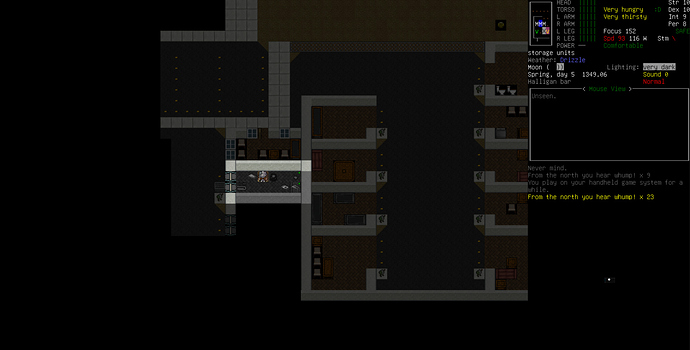 Uhhhh… yeah… I’m not exactly sure how I did that, but this being early game, my options are kind of limited…
Is there a way out that I haven’t tried or does terrain damage accumulate in a way that I don’t currently know about or am I a little bit screwed?

Other than cheating… Yeah, you’re screwed. You can’t destroy the wall and burning it down without killing yourself is impossible…

Try moving to the corner and seeing if you can examine the wall and get an option to climb up. There may not be a roof and you may be able to get out by climbing over the walls. Be warned that you’ll have to jump off the walls to get back down to ground level, and that might hurt.

The best early game wall demolisher is a Homewrecker, which is somewhat easy to craft. ( mostly 2 by 4s and some long strings ) I highly doubt you have the resources to craft it though, seeing as you’re… welll, trapped. It has about 28 Bash if I remember correctly. A Baseball Bat could maybe destroy a wall, if you’re strong enough. ( 20 Bash ) I think a Halligan Bar has less than it, so… I doubt it can break a wall ( unless you’re super strong ). Do you have alcohol with you? It could give you +1 strength.

Or if you don’t mind, you can enter debug mode and teleport yourself outside. In that case you’ll have to keybind the debug menu to a key first, though.

I’m an ASCII player. Could someone explain to me what I’m looking at? I can’t quite follow what happened or how it happened from the picture. Aren’t those windows to the West?

Those are I believe metal shutter doors. The kind of which you open with a winch. The thing is, he somehow locked himself inside and the only winch is outside.

Well, the map tells you that he’s in the storage units territory.
You can probably figure out the rest by the context. Since he’s stuck, well…

Somehow I’ve never gotten around to checking out storage units. Too many innawoods style runs I guess. Thanks.

As for the topic. If they’re shutters you can cut your way out with an acetylene torch if you have one for some reason.

If I understand the situation and got the details right (I could have missed something) then you should be able to bash through the walls to your north, south, or east. The metal ‘door’ would be impossible to smash in current circumstances, but those ‘standard’ walls should be able to be destroyed.

This of course comes with a risk and is not very likely. By my math you have a 1 in 180 chance to properly smash the wall.

Of course, this is a bit of a late post and you may have already figured something out.

That floor looks like stone or metal of some kind move everything in there to one corner and set the wall on fire then just strip and hope you don’t cook too much. Also if you have a fire extinguisher in there/on you here’s the time for it

The floor looks what?
I guess it’s more like this… 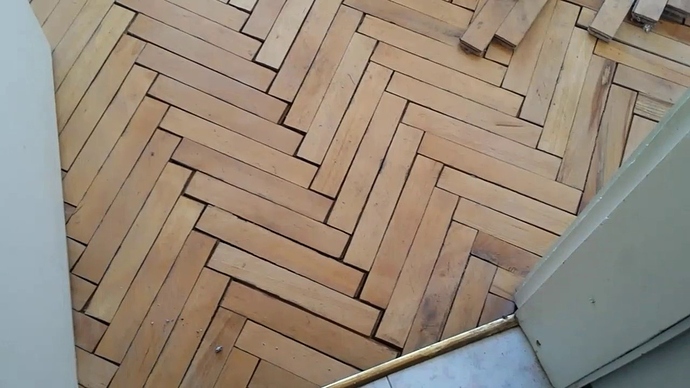 Looks like the same texture as the LMOE floor which doesn’t burn. Also I’ve never been in a self storage unit that didn’t have metal or concrete floors same with the walls as well. The closest I’ve seen to wooden walls was with a self storage warehouse where they stored your stuff in shipping containers. So if I’m right you can just burn the wall and pray it doesn’t cook you via convection and radiation heating (radiation heating is what causes a hot rod to radiate heat. Convection heating is when air flow transfers heat. Hence why fire cooks things above it best but can still cook off to the side.) So if you can survive the radiating heat you can get out.

Either way I don’t think it’s wooden or plastic.

Sorry for the wall of text. I have a habit of running off with things in this manner, going into great depths to explain things even when not needed.

Fistly, it’s not the fire that kills, it’s the smoke. Same in CDDA.
Secondly, the LMOE shelter has rock floor…? I don’t know about the texture, but it’s just a crude rock floor. Maybe you have some other tileset, but I’m living in a LMOE shelter and the floor there is just gray-ish.

It is true smoke kills but cata doesn’t do smoke quite accurate. Smoke comes from the burning tile as thin smoke but walls prevent gases so unless the fire gets inside the area your fine save for heat. So if you hide away from the fire and pile the items you can hold near a corner especially in the furthest one away from you. Then there is only one tile fire in the room with you making smoke but the amount of smoke shouldn’t be too much as fire produces tiny amounts of smoke. As I said previously cata doesn’t do smoke from fire well.

Worst part of fires from what I’ve seen is heat. I am not saying smoke won’t wreck your day but I’ve always died from heat.

But the best way I’d suggest is pick up all you can and put the rest to the corner above the bottom corner near the door. Then set the bottom corner on fire and hope and pray is burns the wall down quick and breaks the roof as that will remove burnable material even if it is under the rubble the game won’t burn it just pray the game doesn’t do a fire spread north and into the room. But you should survive. Better than starving to death in it.

Well it used to be that you could burn down basically anything, so . . . I just don’t understand why you would. Like I said, basic house walls can be bashed down with the halligan bar at 10 strength. It just depends on the wall and what you’re smacking with.

I’d never set a building on fire that I was inside unless I’d basically given up and said ‘well eff it I guess I’ll burn myself to death’.

Always have a backup plan. Guns for zombies. Nukes for about to die. Fire for destruction. Etc. But they probably don’t have ten strength so they are just slapping the wall.

o_o Well, according to the screenshot he has 10 strength.

I maintain my position. Like Marky Mark in that old ass movie ‘Fear’, just keep hitting the wall and it’ll go down eventually.