Is it possible to add GunSwords?

do you guys think it’s possible to add gunswords, i mean using json and stuff.

Yes, just do the melee weapon part as an integrated, non-removable mod that the gun part spawns with.

Yes. You could make a katana that shoots discharged electricity as an example

I think there’s already some kind of fantasy gunsword but it might only be available through debug. I’d double check the debug item wishlist.

But yeah adding items through json shouldn’t be too hard. I’m basically computer illiterate but from my understanding it’s one of the easier things to mod.

Easy, I mean rifles already have damage modifiers for bashing when you melee, so you could just change the damage to cutting or piercing. 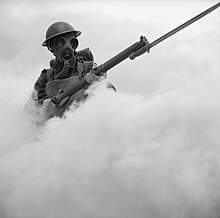 A bayonet (from French baïonnette) is a knife, sword, or spike-shaped weapon designed to fit on the end of a rifle's muzzle, allowing it to be used as a spear. From the 17th century to World War I, it was considered the primary weapon for infantry attacks. Today, it is considered an ancillary weapon or a weapon of last resort. The term bayonette itself dates back to the second half of the 16th century, but it is not clear whether bayonets at the time were knives that could be fitted to the en... 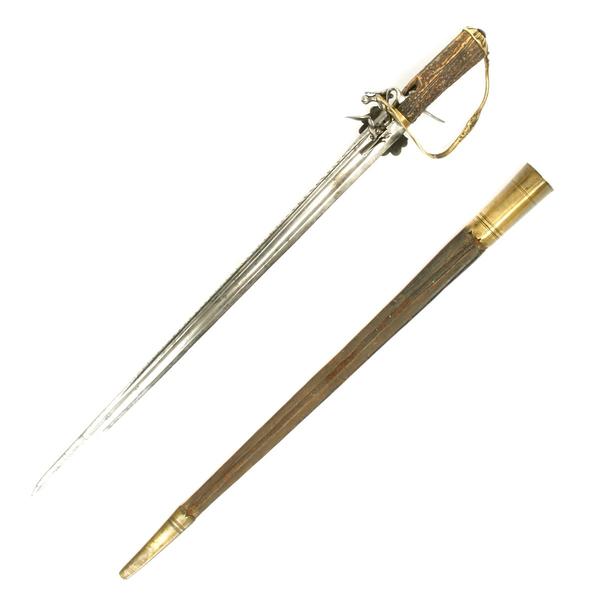 Original Item. Only one available. This is a wonderful example of a mid 18th Century Flintlock Sword Pistol by J. Harris of London, complete with its ORIGINAL brass mounted Scabbard. Flintlock Sword / Pistols are always scarce, but not unheard of,...

Yeah just copy the stats from a sword and mash them together with the stats of a flintlock and it’ll be roughly what you want.

For realism sake. No. This is not a realistic idea and people have tried and failed catastrophically attempting this.

For fantasy? Sure awesome!

Just note. If the barrel gets bent even slightly. It turns into an explosive device that kills the user. Youtube a bent shotgun and …wait I’ll go get that for you…

Here is a few extras in there for the grins. I’d perhaps be checking literally every bullet/cartridge till I was less paranoid lol

i saw a video from shadversity on the topic it was pretty nice, i just like the ideia of combining the two, but in real life i would say no and keep that sweet sweet claymore.

Except the linked wiki article two posts above yours was for a real sword that existed and was used. Just because it wasn’t very good at its intended job doesn’t make it unrealistic. We can still make chainsaw lajatangs in game even though it’s a far worse idea.

The six shot revolver gunsword thing from Final Famtasy less so, but it’s not what is being referred to in this topic.

That’s a shotgun, not a rifle, as rifles have been able to still work if a person has bent the barrel even to extreme lengths.

Ex: Krummlauf for the STG44

Still, the effective range of the rifle would be dramatically reduced, maybe even to the point of the nail rifle with flechettes…