so I found a gas mask but when I use it it doesn’t seem to work at all or protect me in any way. That’s when I realized my character also has gills for breathing underwater. I didn’t know if this was an actual mechanic or if there’s actually something wrong with my game. It does make sense though since the gills are on the neck and the gas mask can’t cover the neck

Even if the gas mask covered the neck, this would not help, since the gills take air by ‘filtering’ water. So covering the gills just will make you unable to breathe underwater at all.

Do Gills make you suffocate when out of the water (in game) ?

But I CAN say that I see people complaining/asking questions about gas masks a LOT. I think this needs addressed, either with flavor text on the item itself or by making it more intuitive.

What are the most common questions on Gas masks ?

Honestly, I just searched the forum and couldn’t find that much. I guess it just felt like there was a lot of discussion about it. I’ve been here about a year and I feel like I’ve read more about that single topic than anything else. I remember talking about how it needs activated and questions about how the PBA mask works, but that’s it.

So, I guess I was wrong. I withdraw my complaint.

It might be because it was a bit bugged at first.
But the gills thing sounds like a bug. I’m pretty sure the Gills mutation does not replace your lung and your ability to breath air normally so Gas masks should still work I think.

Unless the games assumes that air borne contaminent just pass through your gills and into your blood but I’m not sure that’s right.

I imagine that gills would behave like a nose. You can train your nose to close and not take in water.

You can, over a period of time forget how to do this and then as an involuntary action inhale water while under water. Requiring the person to retrain this body function.

I was once an ace swimmer from the age of 6. But not having a swimming area and becoming at that time too poor to use a pay for swim pool. I found later in life as an adult I have great difficult holding my face under water without inhaling. Even when I make great effort to NOT inhale.

Did you 'a’ctivate the gas mask before putting it on? That is the most common reason people find their gas mask not working.

I imagine that gills would behave like a nose. You can train your nose to close and not take in water.

Gills are a passive surface of exchange between the blood stream and the outside, you can’t do anything about it. To “breath” fishes get water in their mouth and then push it out of their [missing english word] … cheek(?) the water pass in between the gills and passive exchange happens. As long as they are exposed to the outside exchange can happen, if they’re exposed to air they dry. Having gills on a human could be a major source of dehydration.

I guess we can imagine that there’s some flap over the gills that keep them safe from the air though, mutations in cdda are not classic biology ^^" .

Depends on the creature. I’ve seen fish open and close their gills( or just close the mouth and /or not gulp water). Ignoring that. A human has control over their breathing. I like to think of the gill guy from Sea Quest DSV tv show. Cool show, well…back when it was around.

Junknown probably has the right idea. A lot of people don’t realize you need to activate the loaded gas mask now.

What really chaps my ass in real life. Are the common 2 pad filter systems like in my icon image. Those things are commercially sold in big box hardware stores common right? But those have filters you cannot replace. You can swap the PADS for them. As in, the pre-filter pads. But not the actual filter. I mean wtf!? =/

You gotta watch companies ALL the time! >_<

PS: This could be a thing in game to a coder that wants to add this for the grins. It is a sad reality.

Right? Also. There should be russian GP5 masks in just about every millsurp store. I DEMAND MORE GASMASK VARIANTS.

As a matter of fact. I got a mil. surplus guy about an hour away. Guy has some great deals. Camelbak 3L+ insulated tube + molle carrier = $40 total

Goretex gear as low as $90 for a jacket or a pair pants.

I wouldn’t mind a few more variants of gas masks. I like more crap of any item in game 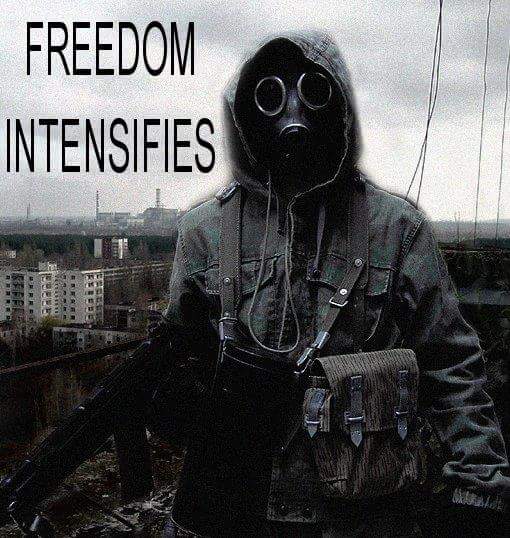