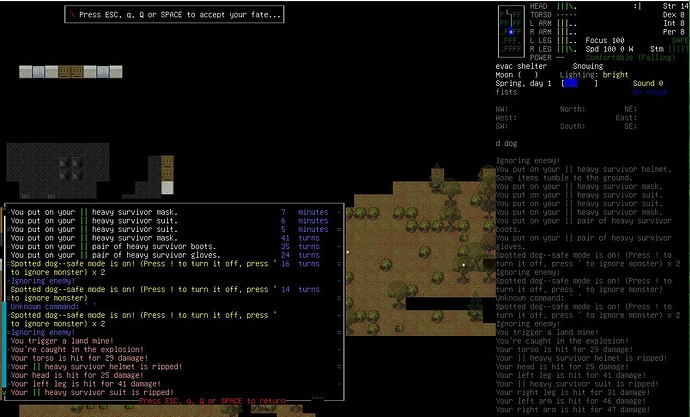 I tried some debug testing with buried land mines on fresh survivors with the tough trait. Wearing two heavy survivor suits, two heavy survivor masks, and heavy survivor helmet/gloves/boots, I could not survive a land mine about one-third of the time. In the remaining times, I usually had a limb destroyed. Shouldn’t two layers of the best endgame gear, along with 20% extra HP from tough, allow a survivor to survive at least one land mine hit?

Also, there seems to be some unreported damage in the interface. Although debug mode was on, I did not see any of the m_debug messages in explosions.cpp for some reason (maybe I did not turn it on properly, but I did wish for items and the land mine trap).

Fragmentations are not recorded via ‘X damage’, they just inflict massive damage to un(der)armored BPs.

Explosions can generate fragmentations. Frags travel out in random directions, for a distance. They can then hit random parts. Its all chance, and more frags means more chance.

Most likely were the recipient to a rock-sized chunk of metal into your lung. You asphyxiated.

There’s no lungs or asphyxiation?

And I’ve cleared dozens of minefields loosing legs twice in the process but I never died. Usually was fine with multiple explosions. Something weird is going on with your game.

Also its a currently known issue that shrapnel is basically a chest seeking missile right now.

Shouldn’t two layers of the best endgame gear, along with 20% extra HP from tough, allow a survivor to survive at least one land mine hit?

No, it’s a freaking land mine. If you were wearing this: 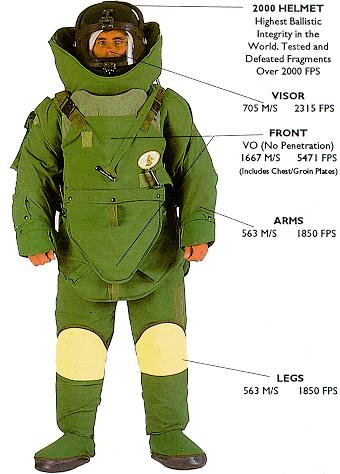 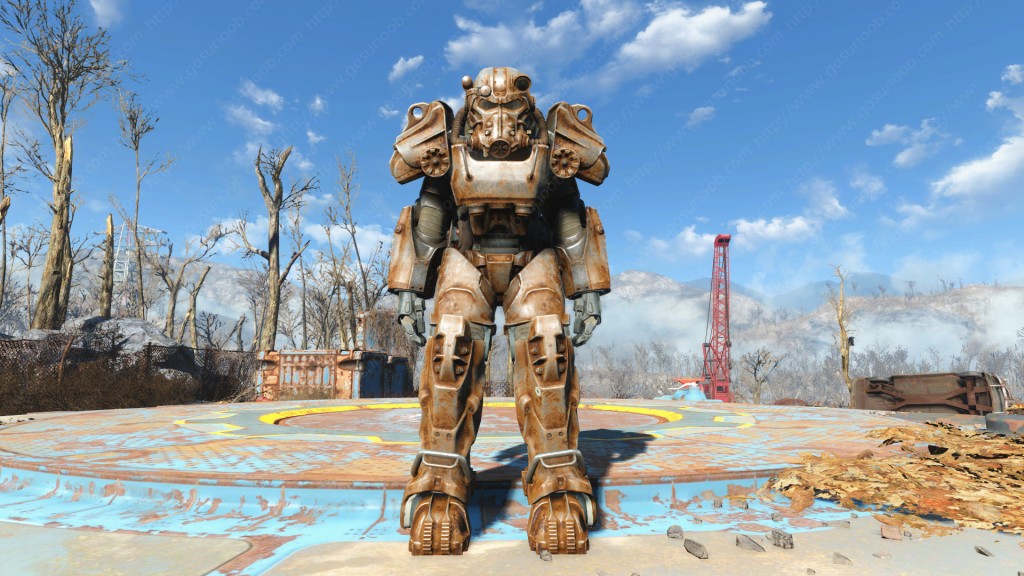 Fallout-4_T-60_Power-Armor-1024x576.jpg1024×576 175 KB
Totally, but you were just wearing some clothes with ballistic protection stitched into them. It’s overkill for most threats in the game, but not for a land mine.

There is likely a lot of room for improvement with the land mines, but at no point is “I should be able to step on a land mine without worrying about dying” going to be a valid expectation.

Huh. Figured eod suits were mainly for protecting against the concussive force from the explosion. But then again I do not know the average velocity of a fragment.

…is it possible we could GET an EOD suit in the game? Something that’s almost impossible to fight in, but which makes it so you’re at least likely to survive the landmine you’re defusing exploding, even if it cripples both your arms in the process. I’ve died while defusing a mine with 7 trapping skill and full heavy survivor armor, which pretty much makes defusing mines a non-option outside of power armour as things currently stand.

yeah, 80 or so encumbrance on everything(except hands) and is INCREDIBLY good at tanking explosions, but that’s it. aka fighting in it would get you mulched, but if you accidentally a mine and you would be banged up but alive.

Personally, I think wearing a very large amount of armor (upwards of 40+ protection) should be enough to survive a landmine. Someone wearing Power Armor or (active) RM13 Combat Armor should have a chance to survive, but its not something you should just walk away from; it should be a devastating injury.

Just my opinion that nothing should be instadeath; This is where I think Fun rules over Realism as described by the design document. But that’s just me.

…is it possible we could GET an EOD suit in the game?

Totally, as you and @Tarburst98 outline, it would have stupendous amounts of encumbrance (except somehow not impacting trap disarming much, that might be tricky), and have very good ballistic and blast protection.

Personally, I think wearing a very large amount of armor (upwards of 40+ protection) should be enough to survive a landmine

Just my opinion that nothing should be instadeath;

That is not a tenet that dda ascribes to.

Tell that to Hitler who was saved by a chair. I’m talking out of my ass, but I think something as simple as a thin piece of plywood can turn a lethal explosive into heavy bruising. Anything between you and the shockwave increases survival chances greatly. From all the combat footage I’ve watched explosions are quite survivable unless you trigger an IED meant to decommission an armored vehicle and go flying in a new form of minced meat.

That is not a tenet that dda ascribes to.

I know this. That’s why it is my opinion. I’m not a fan of something being totally impossible to survive no matter what you do (which is what I really meant, I should have been more clear). Its why I am very thankful that I’ve never encountered an Elite Zombie Grenadier, or had to engage a Tank Drone.

Despite this, I’m not gonna advocate for being able to survive a mininuke going off (unless you change the lore to say that the Mininuke is just a superpowered frag-grenade or some such). Even I think that’s unreasonable (same goes for HEAT rounds).

Makes sense. Granted, how many non-powered armors reach 40 protection naturally? The MBR Vest (Superalloy) is one, and maybe some others if you pad them with Leather and Kevlar.

Speaking of which, life for my Chimera Mutant is gonna suck…

Tell that to Hitler who was saved by a chair. I’m talking out of my ass, but I think something as simple as a thin piece of plywood can turn a lethal explosive into heavy bruising.

You are talking out of your ass, the 20 July plot wasn’t foiled by “a chair”, it was foiled by a massive wooden slab supporting a large conference table, plus distance (looks like 10 - 15 ft). If you put a table built of 4x4 planks between you and a mine, yes you can expect to survive, thare’s nothing surprising about that. A “thin piece of plywood” will do very little.

well, if you move the encumbrance check for trap disarming to hands then it would be thematic. is a reason EOD suits leave the hands free.

There is likely a lot of room for improvement with the land mines, but at no point is “I should be able to step on a land mine without worrying about dying” going to be a valid expectation.

I think it should be a reasonable expectation wearing two suits of steel/kevlar armor. Studies were conducted in war torn areas that had remaining landmines from previous conflicts. Real life landmine survival rates for anti-personnel fragmentation mines is about 75%, most of which are unarmored civilians. In fact, these mines being more likely to maim than kill is part of why they were banned; since weapons designed to maim are considered unethical.

If unarmed civilians survive 3/4th of the time, heavily armored characters should be surviving more than 2/3rd of the time.

Land mine injuries: a study of 708 victims in North Iraq and Cambodia.

The aim of this study was to explore the effect of low-cost prehospital trauma systems on trauma outcome in land mine victims and to study prehospital risk indicators for better triage of land mine injuries.A 5-year prospective study of the effect of in-field advanced life support provided by local paramedics was conducted in mine-infested areas in North Iraq and Cambodia.After implementation of a rural rescue system, there was a significant reduction in trauma mortality from 26.2% in 1997 to 11.8% in 2001 (95% confidence interval for difference, 5.1%-23.6%). The mortality rate was significantly higher in fragmentation mine victims, 25.2%, as compared with blast mine victims, 5.7% (95% confidence interval for difference, 14.4%-24.6%). The severity of associated fragment injuries in patients with traumatic amputations is a solid risk predictor (area under the curve in receiver operating characteristics plots > 0.9).Low-cost prehospital trauma systems improve trauma outcome in land mine victims where prehospital transit times are high. The fragment wounds represent the main challenge for trauma care providers.

The Convention on the Prohibition of the Use, Stockpiling, Production and Transfer of Anti-Personnel Mines and on their Destruction, known informally as the Ottawa Treaty, the Anti-Personnel Mine Ban Convention, or often simply the Mine Ban Treaty, aims at eliminating anti-personnel landmines (AP-mines) around the world. To date, there are 164 state parties to the treaty. One state (the Marshall Islands) has signed but not ratified the treaty, while 32 UN states, including the United States, Ru...

Then perhaps these land mines were designed to kill rather than maim.

According to the design docs the game should provide a semi-accurate simulation of real life when possible, so if the landmines are actually some kind of future ultra-lethal landmine that should be specified somewhere, since so far Kevin has been talking about modern EOD equipment and modern mines.

Somewhat related to this thread is that if these are in fact anti-personnel mines their effects on vehicles should probably be toned down. If you run over a mine even with a tank from the vehicles mod it tears it up pretty bad.

Fair point about the vehichles (not to mention that I have no idea exactly how the vehichle armor stats work). I was going to say something about how the game unless there is a specific item does not distinguish between crafted items and found items in terms of function and how a survivor made mine would more opt to obliterate the one triggering it (considering the common enemy) but I realized that probably is overthinking it.

Real life landmine survival rates for anti-personnel fragmentation mines is about 75%, most of which are unarmored civilians.

There are a number of problems with those numbers.

If I’m going to make land mines act like typical (blast type) antipersonnel mines, they’ll have an extremely high chance of amputating a foot or leg (not “breaking”, amputating) when triggered. Unless someone finds evidence saying otherwise, this will ignore armor on the affected limb short of power armor or specialized anti-blast armor. Additionally there would be a chance of unconciousness due to the blast and the trauma. These mines would be ineffective on vehicles except for their capacity to destroy tires on a direct hit.

Fragmentation type antipersonnel mines would be substantially similar to the existing mines, but a lot less effective on vehicles. Additionally, modern bounding fragmentation mines will typically have a much wider area of effect, and be triggered by proximity rather than contact.

It also varies on the type of mine. A bouncing betty is going to kill you, not blow a leg off. A claymore is going to tear you in half with 5000 very angry little friends. An M14 is going to turn you into a fine red mist. In fact any anti-personnel mine that isn’t a pure concussive blast mine is going to kill you. A blast mine on the other hand will most likely just remove everthing below the thigh of the triggering leg and the knee of the off leg. Mostly depending on how deep it was buried.