Collapse beneath: Mod that makes the underground interesting

There us currently a “Color error” when you load the mod, You can ignore it when it pops up, will be fixed soon.

So back in the time made a thread discussing a mod i was working on, for that time been working in and out of it do to university and such impending my work. But after some time and the new 0.E i decided to get back on it and get this done and actually work with it. The mod is still under its old title but want to clean the file up and add more content before all is placed well.

This mod aims to add and expand the underground of cataclysm DDA with dangerous new ecosystems,critters,structures and overall expand the experience when going under the soil beneath you. As well aims to add a lot more Primitive advancement allowing survivors to technically progress without going to towns a lot more easier and just make things interesting.

Whats in the mod?:

This is a PROOF of concept, the mod itself is very well undone: Missing recipes, Items not spawning naturally yet, WIP values, High weight value (For testing),etc so don’t expect it to add much to your world if not just nothing but few critters,locations and items

3.Obsidian work: Adding many recipes with obsidian from tip arrows,spears and misc items

and much more!!! This is what it is so far and will work with it as time goes by at best of my abilities. I am not a dedicated coder and still new to this all. 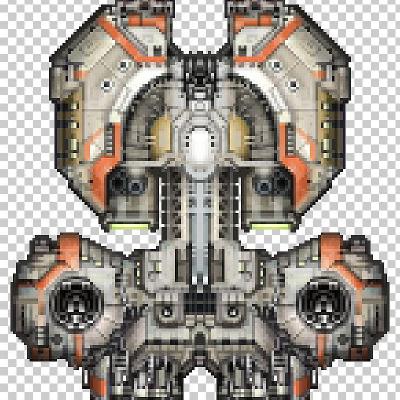 Mod under development for C:DDA. Contribute to Yonsisac/Deepworld development by creating an account on GitHub.

Sounds really interesting… Will keep an eye on this.

Hounds of Tindalos are in the base game now.

Have not played the experimental only recently got back since the 0.E launched. Dint know that i will remove it and update the github once i finish a few things

Please don’t take this as criticism, I suspect that English isn’t your first language, and I know it can be a pretty difficult language to learn, so I’m trying to help you. There were a couple mistakes in your description:

It looks like an interesting mod. I’ll be looking forward to seeing how it develops.

Hey no worries any help is appreciated! I will fix these errors quickly! thanks for the call outs and yes…English is not my first language so if there are any errors i will fix immediately.

This sounds promising, and is good to gave more people making mods. i havent downloaded it, i will wait for the tame able creatures :3

its best because this is more a proof of concept…so there is KINDA not much to even work with.
did a small test with a few fixes and…It works, The mine is there, the stone works spawn, the sulfur flies have a chance to spontaneously explode when attacked. so far not much errors so i hope i can finish at least the base for it

Inside the mine (W are the worms, The a near the lava one of the flies)

as well something else spawn witch…dint expect it to work…

Small update for the mod, i think i will be able to release a functional (NOT CONCEPT-PROOF) Version soon…well with like a lot missing but able to be played. slowly getting there and adding few things.

New “Dark wyrm Queen” being tested, it can give birth to 7 hatchlings each week and said hatchlings grow in to normal Wyrms in 13 in game days. the queen is immobile and spawns with multiple wyrms defending it and , chance, to spawn a Albino wyrm or “Light wyrm” to spawnwith her, a upgraded Darkwyrm that is faster, has range attacks and grapple. here i spawn a few queens and waited a few days to test there reproduction and…well it work

does it have problems if you use the “dorf life” mod?

But as of now should not as i am thinking of removing the minable resources and focus on just adding new underground locations,environments, mod specific underground resources (Only spawn in specific locations), etc seeing there are plenty of mining mods out there as far i seen

So after some coding and working, changed alot as well wanted to point out i wont make the worms tamable for now, as in the discord Kevingranada did point out a future taming system and…To be honest would like to wait for that.

Going to update the Github tomorrow for sure with the new additions, just trying to fix up a few recipes and as well add final items to at least finish up the core of it all (And as well finish the ability to craft rock chitin armor)

New version of the mod has been uploaded to github!
Um…as you can tell i don’t know how to use github that well, Ignore the “Deepworld” file, the “Collaps beneath” is the new one.

The new version of the mod dose not add much, fixes a lot of things. The color issue, you can now make explosive from sulfufly glands, mobs spawn correctly, the mine is now perfectly working.

If anyone has any ideas or can lend a hand would be very appreciated, i am not THAT good with all this

but so far all has been working well and issues getting fixed.

Working on the Rock chitin armor, being able to craft obsidian gear (some is in game but cant be crafted), new obsidian terrain that spawns in the mines, new level of the mine, expanding the mine, first few weapons and as well small R&D building from CDC. As swell some underground plants and consumables. Removal of mineral terrain (such as copper,iron and coal since there are mods that add that already) and will replaced with mod specific terrain that add unique materials that can be used for crafting or needed to do specific things (Ideas range from crafting a “Key” like item to access lower levels of dungeons) and much more!