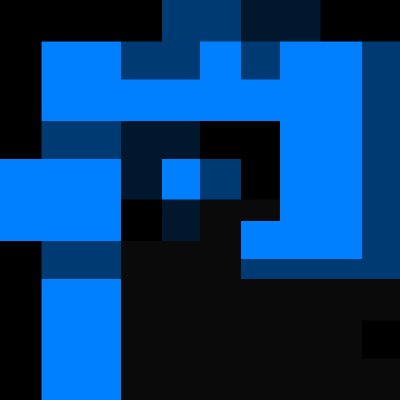 You’re in the lab and you prepare to enter yet another room. The glass door is frosted over. A deep and dense fog is unleashed from the door as you push into the room. You can’t see the floor at all. You bump into something beneath the fog that trips you. In a panic, you flip around on your back and violently scan the area with your shotgun. The fog is beginning to clear and you see large egg sacks neatly lining the entire room.

One wiggles a little and then suddenly hatches. Not wanting to face anything from a strange weirdo alien egg you immediately blast it. Suddenly every egg in the room bursts open and pale crab-like creatures start flying through the air in giant leaps.

That was the last thing you remembered. When you awoke they were all gone except for one in the corner of the room laying on its back like a dead cockroach. Your throat is sore and your starving. You leave the awful place and head out to the base. The gang is never gonna believe this one.

The gang is never gonna believe this one.

If you just shivered a little that’s good, because I need all the help I can get to mainline this. The only term we can legally use is Xenomorph, the trademark is expired. Everything else must be referred to as generically possible like “Alien Worm” and “Alien Crab” etc. No mention of the company Wayland or any of the characters, please.

The main goal: Bring the xenomorph in as a fully fleshed out faction and species that can infect the player, certain animals and some npc’s.

As you can see there is a lot to do and I have a 40 hour work week coming up. I am free today and tomorrow, but, after that, I won’t be able to add much more until my next 2-day break so please feel free to contribute!

Dude, just the idea of outright being killed, is scary enough (acid blood all the way it is) will you manage crashed craft like kind of an anthill?
Edit: forgot they are immune to acid.

Well I have the Queen versions completed now, but, I still can’t get the eggs to spawn alien crabs. I’m pretty tired, been working on it for awhile now, so if anyone knows how to do that head over to my fork, go to the xeno branch, and check out what I’ve been trying.

Hey all, I haven’t had time to work on this at all and the current issue I’m trying to tackle is getting the eggs to spawn the alien crabs. It involves c++ which I know very little about. If anyone here would like to offer their help, please let me know. I’ve been busy with RL, but, soon I may have time to work on this again. If anything, I could scale back some of the ideas, as the monsters are actually fully coded and exist and can be spawned by the debug. They just aren’t on any spawnlist

Sure thing, head over to my repo and you can download it there. I haven’t built a release yet other then the stuff I tested so feel free. I made sure the monsters kill and attack thats about it.

If you figure out the eggs that spawn mobs. Mind if anyone bums the code to use a similar idea in The Flesh Forest?

I don’t know if anything is being developed at the moment specifically for mob eggs yet. But it would be a nice touch.

I don’t have a problem, I wish the code for the egg spawning was json based. Would be cool if someone could jsonize that portion form the main game.

you planning on adding the viral/spore exenomorphs as well like from Prometheus and covenant?

i hope not, or there will be a fierce competition for the mycus xD

Will they be hostile to Feral Predators?

I would pay to see that tbh

I’m currently no longer able to continue this for now, college has taken up 90% of my time, and the other 10% must be balanced between my family and personal time. Sorry guys, maybe after finals I can look into it again, which would be jan next year

Just don’t forget about us when you’re done, this looks really awesome and would make a great addition to CDDA! Gl with finals.