So, ants. What’s the point in all those ant hills? I’ve killed hundreds of those pests around the hill and hundreds more inside, and all I’ve got as a reward is a single Ant Egg, aside from meat and stuff. Though I’m not even sure where that Egg came from. Nothing is inside an ant hill, no larva/food/queen chambers, contrary to what’s written on the wiki.

The same to be said about slime pits and bee hives, though the hives have some honey lying around, at least.

Moreover, the map down there becomes super glitchy and overlaps itself and fails to show any intelligible picture of my surroundings, so now I’m literally lost in those ant tunnels.

I do know these are different issues and the latter clearly needs to be made into a bug report, though I’m not sure how to do it. 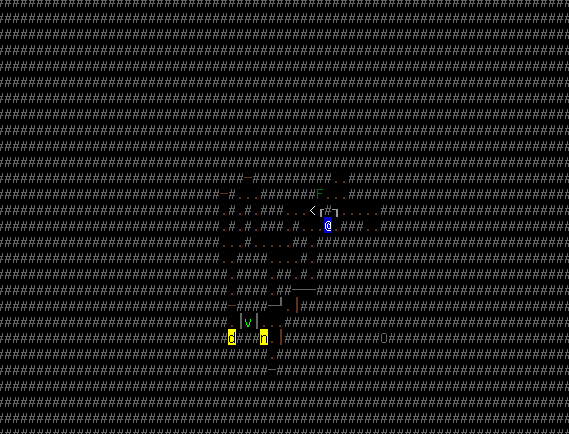 Am I doing something wrong?

Oh, come on. This keeps happening. How do I make a bug report?

No, come on, the WorldGen has clearly broken in this world. What is this, even? 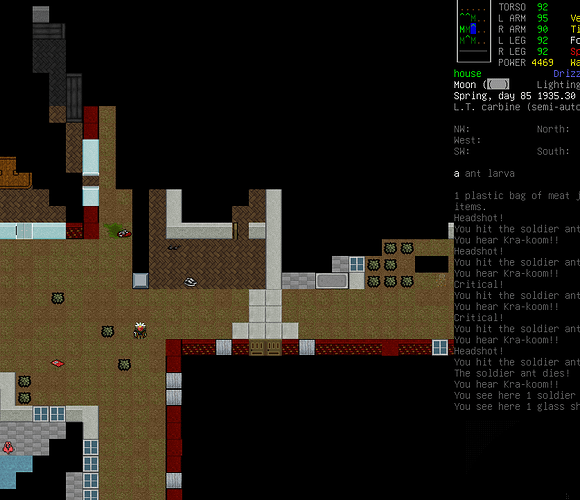 That happens to hospitals as well.

Ants are source of protein, chitin and acid.

Anthills should have different chambers connected so you can have access to eggs, queen chamber and stuff. My latest char also found anthills like yours and he was only able to explore them with probability travel.

I recently went down the stairs to the basement of my evac shelter, which led to a steep drop which led to an anthill. The whole place was full of ant larvae, a couple soldier ants, and completely sealed. There were no stairs back up, there were no other rooms, there was just the one room and it was entirely self-contained with no way out of it at all.

I knowingly took this risk when I hopped down the stairs, but even so. I feel like this shouldn’t necessarily be a thing that can happen?

I understand that ants are like fleshy. But, surprisingly, all things are. I don’t need to go to some dark dungeon filled with insects to make a steak.

Yeah those bugged mansions were supposedly fixed, but I keep running into them too… If it is a mansion on the map with regular houses mixed in with it, don’t try and go up the stairs.
https://discourse.cataclysmdda.org/t/mansion-spawn-bug-build-7179/

I have no issues with this

Yeah I was thinking that might be the case for my game. If I marked the refugee center from an Evac PC, and the RefCenter is like 30 over maps away( or really really far), is everything in between already considered generated? I’ve been trying to move to new areas where I haven’t cleared the fog of war, but have still been finding the mansions. I guess I’m not too far from where I’ve started though, so maybe that is why.

Yeah the mansion should be all Ms on the map, not a combination of M and > .

mansions do not have any other floors. 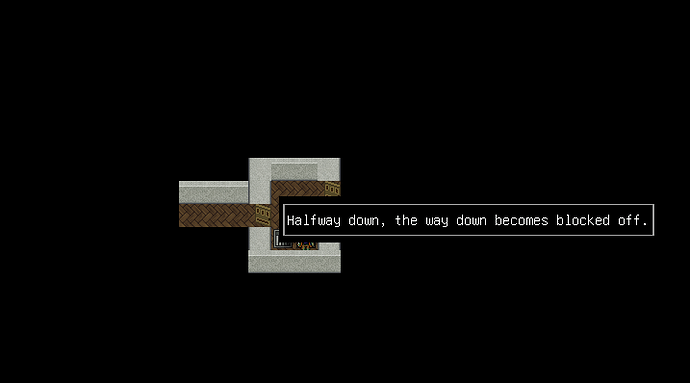 Not all of them, but at some point the Generator stopped working properly.

Also, this. Ridiculous. Also, a 15-ton vehicle losing lots of speed when colliding with bushes or even failing to move if located next to one. 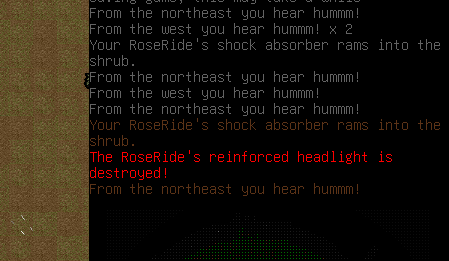 Just wait till you try going at supersonic speeds. Colliding with a bush/rock causes the vehicle to disintegrate while only breaking the rock/bush.

only vaguely related but:
I honestly think soldier ants on day 1 right next to the shelter is unbalanced given just how many spawn, using the zombie evolution system to make soldiers slowly increase in number seems more balanced, the soldier ants kill a pretty powerful NPC with claws and everything easily

Don’t fight them maybe an option.