Hey! I’m Esther, and this is the mod I’ve been working on after taking up ownership of it from its previous author, who was no longer interested in maintaining it.

Aftershock is slowly growing with new content that integrates seamlessly into the main world. It includes new professions, items, map generation, bionics, and recipes, among other things.

Some current content can be found below, but some things are excluded to avoid spoilers.

If all of this sounds up your alley, I’d love it if you tried the mod and gave your thoughts here. I’ve made it a point to balance the mod with the main game as much as possible, and to make it a seamless integration that wouldn’t feel out of place in a regular Cataclysm.

Here are some screenshots. 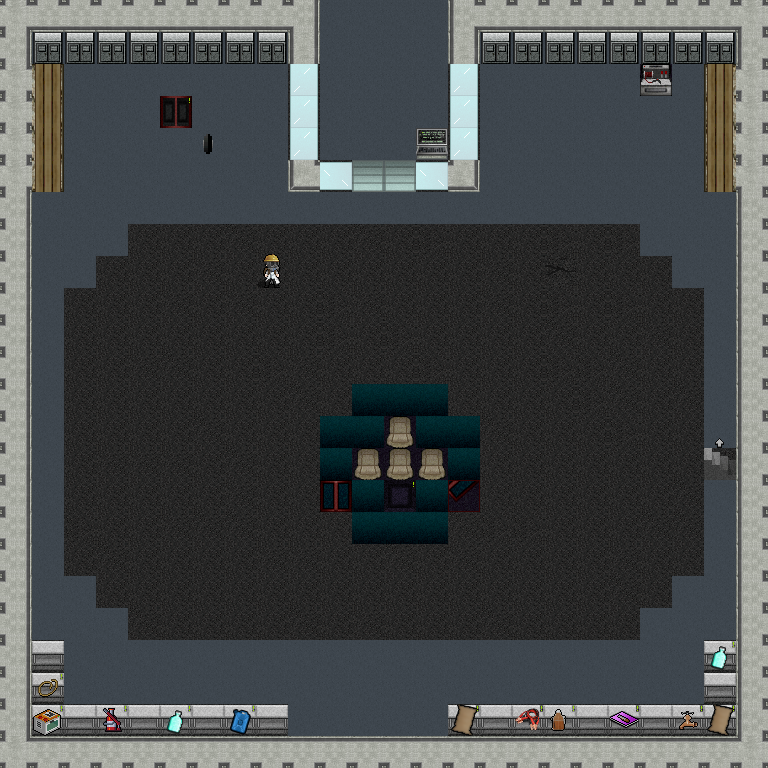 Aftershock is mainlined, and is included with the base game as of build 8611.

Thank you for doing this!

The developers would welcome this mod as a mod into the official “CleverRaven” repo.

Read the Guide for 1st time modders’ section on git and github for some advice on how to submit a request to include your mod in the CleverRaven repo.

I’ve noticed with 0.D in its final stages before release, the commit logs for new pull requests has become all sorts of convoluted. Should I be waiting until 0.D finalizes before I do that? I’ve been making pull requests under the name Ilysen (Esther was taken) and I’ve noticed issues with it.

If you just open your pull request targeting the “development” branch, it should be fine.

I think I did it right. I’ll update the discourse if it gets into mainline.

I’ve been told that you share an issue with this: https://github.com/Noctifer-de-Mortem/nocts_cata_mod/issues/70

You can take down the vehicle fridge furniture item, but not place it back. It seems like a weird choice on paper, but it’s intended; because it’s primarily intended for vehicles, I included that as a fast way to remove it, but I didn’t want people rebuilding it as furniture.

I really appreciate the idea! Bringing back some axed stuff into the game was a long requested move by a lot of people from old versions and who just plainly enjoyed the ideas that the content presented.
Great work!

Wait Bone armor of all things got removed for being “unrealistic?” What? That doesn’t make a lick of sense, especially since I see it in my crafting menu right now. At a ridiculous 6 tailoring skill but there regardless. Unless one of my mods already added it back in, can’t imagine for the life of me why something like what would get removed though instead of expanded on.

Regardless, the Sci Fi and future tech of cataclysm is definitely a titanic part of the appeal of cataclysm so I hope for all the best for this mod. More cool tech is good new tech if you ask me. Way too new to know what was removed though.

I’m not one to judge a project that isn’t mine, but as far as I’m aware, the removal was due to a misconstruing that the armor was purely made of bone, instead of leather with bone reinforcements. As a pure armor material, bone would likely be excellent against cuts but fragile against other things, and serve mainly for intimidation purposes.

Leather reinforced with bone might not be much better, but hey - it’s a mod, and we care about game logic here more than realism. What’s the harm, I say!

The issue isn’t whether you can take down the item or not, but that you always get prompted to take it down when examining it to see what is inside. Or so I gather.

That makes sense. I still have no problem with it, because it’s meant to be taken down and not to be used as furniture; if you undergo the construction, then you’re interested in moving it to a vehicle anyway. I’ll consider changing it.

as far as I’m aware, the removal was due to a misconstruing that the armor was purely made of bone

tl;dr no, that’s not the reason, and also my reasons for not wanting it in the main game have no bearing on you putting it into your mod.

The main reason is that there is no evidence that there ever existed a bone armor like the one in the game in history. The in-game item is a set of armor that covers the user’s entire body, the historical examples are all breastplate levels of coverage at best.

As for nerfing it instead of removing it, it’s still a pretty nonsensical thing to have in the game, it’s very nearly the worst possible armor you can make, but the difficulty of making it is in no way commensurate with how bad it is. Where the hell is the player going to find out how to make the stuff? Finally, it makes no sense for me to try and nerf it, because I don’t think it should even exist, it needs someone that thinks it’s a good idea to find some kind of compromise or something to make it work, but I’m not interested in putting in that effort.

I dunno, tieing or duct taping a few bones haphazardly on yourself if you have em available is still some protection. Doesn’t need to be good armor, probably shouldn’t be, but it’s still be more protective then a T Shirt and that’d be the main point of it. Ought to be simple to make with low durability, just something you strap to yourself early game. Not like it’d be any harder then duct taping some branches or two by fours to yourself and we can already do that (minus the duct tape). I think you’re overthinking what bone armor should be.

Overall, it’s been removed from mainline, so there’s no need to worry about it anymore. Its balance in Aftershock is something different entirely.

There was some discussion about reintroducing it with the skeletal juggernaut’s bone armor as a material, which would make sense since those things’ bones are incredibly strong, but nobody’s volunteered to do the work of differentiating the good bone from the brittle, easily-broken normal bone and reworking the recipe.

People have, the idea got shot down twice.

I like the idea of doing that, so I could probably put it in Aftershock at some point, but I want to get some other stuff finished first. I’m working on power saws at the moment.

Are you the same guy who made a blacklist mod just for molerats? I’m asking because I’m wondering if I downloaded the original copy of the mod or not. Should I uninstall my current copy of Aftershock and download it here?

Xhuis gave up development of Aftershock. What currently exists is a re-imagining from the ground up with similar goals and a more distinct vision.

You should just be able to replace it without an issue.