Why titanium is not officially

I’m are wandering around the files when I noticed that doesn’t have the titanium in official json files. I really want to know why the developers don’t put in the official files.
(Sorry for the bad English)

Because that’s simultaneously too much detail and not enough.

There are a few metals that it’s reasonable for the player to work with directly, AFAIK titanium is not one of them. If the player can’t build and repair it, it doesn’t much matter what we call it.

At the same time, titanium is almost universally heavily alloyed, so just calling something “titanium” doesn’t tell you much.

Wow. Thank you very much for expend you time to show me the problems of putting the titanium in the game. I know you and your guys work hard in this beautiful game.

I had a very silly argument about this very topic a long time ago. As far as I can understand. It would require more work than is thought to be useful to the game by adding the moniker for this type of metal.

But we can imagine it being in game by some stuff that is already available.

My new mod had titanium (thanks aftershock) and some guns and armory in the mod had titanium In the materials.
But officially the Kevin say:
-“titanium is almost universally heavily alloyed, so just calling something “titanium” doesn’t tell you much.”
He is right.
But I’ll create more “body armors” and power armors most powerful but with weakness, the same way of the “artifacts”. Using titanium or other materials.
Example: plastic armor.

(Thanks for the support. Sorry for the bad English).

For the record, superalloy ingame is used in most applications where you might expect to see a titanium alloy (bionics, energy weapons, experimental armor) and it seems titanium is a common component in real world superalloys. Superalloy also seems to exhibit similar properties to titanium in its material definition.

If anyone has their heart set on titanium for something, I recommend just using superalloy.

EDIT: For further reference with regards to armor, it’s mainly used where weight is a concern, since high-grade steel or composite materials outperform it in nearly every other way. Titanium is significantly lighter, but it’s also somewhat softer than top-end steels and is noticeably more brittle, meaning it tends to shatter and spray whatever it’s on with spalling (small shards of armor) if it is penetrated. Pound for pound titanium would beat hard steel as armor, but it can be beaten on volume or cost. I’m not an expert, just did some minor research, so this might not be comprehensive but hopefully it might help someone.

A bit of trivia, when I used to work in the metal recycling trade we used to test the composition of any scrap coming in before it got processed and either got sent out for resmelting or mixed in with fresh ores for a new batch. One of the main things we used to have to look out for was the presence of titanium as even a small amount of that could mess up an entire batch. 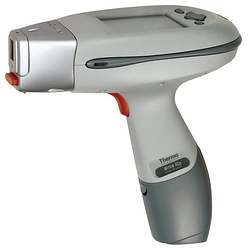 Intriguing…
But Kevin G. Say the titanium is alloyed with other materials, but in-game is not present in the pure form.

It is present in a lot of alloys, in fact I don’t recall us ever getting it in pure, generally the highest purity version we would get would be a high titanium ferro titanium alloy (50+% titanium/iron mix). I wasn’t arguing against anything, it’s just a subject I still find interesting.

Yeah is really interesting your finds I’m really impressed.
And I think the hard steel is a ferro-titanium but less titanium and more carbon.

And usually a few other things too, some alloys for instance would have say 500kg of ferro chrome along with other ingredients but only 1 or 2 Kg of ferro manganese. We would actually be using kitchen level scales for those bits compared to a much larger set of scales that only showed to the nearest 1/2kg for everything else.

Could be, we used to do work for a whole bunch of different foundries. It wasn’t all cheap stuff though, we used to do a regular order for the ministry of defence for instance (well, the foundry doing the actual smelting). That one could be anything from 25 to 60+ tons of material depending on what the foundry got asked for.

Wow , that’s a lot of material. Should be a lot of hours spent to melt this huge quantity of materials.

Probably, I never saw their smelter myself and I’ve only ever seen a decommisioned one in person. You do get some really large ones from what I understand though.
Not that you’d get me near an active one, those places can be dangerous as hell

Holy sh*t that crazy. Dude…
I’m definitely not will go to here never in my life.
At least Noone die. But I’ll know more about melting and materials.
Thanks for support