Why does the foodco buddy need a hand press and die?

Is it really necessary? Can we just have another ammo creating station on a vehicle? It’s just a unnecessary component because its a "food"co buddy. Maybe it could even be part of the vehicle forge rig?

Can we just have another ammo creating station on a vehicle?

Do we really need a mounted gunsmith station?

The gun/bullet crafting stuff consume little to no batteries and are pretty much items w qualities that you can just drop around you when crafting.

Do we really need to install this in a veichle?

The only gun related item that requires batteries is the firearm repair kit / gunsmith repair kit. If one of those could be included in the station recipe, and the station be interactable to allow repairs from a menu, then I could see the use of it.

Either way, the hand press and die set really seems like a joke addition to the station as it is now. It should be moved to another recipe, or removed from the current one.

I don’t think a mounted veichle item just for repairing guns is worth installing.

Guns rarely break or get damaged and the fire arm repair kit / gunsmith repair kit consume so little that installing a mounted version is completely obsolete.

Gun mods only require a screwdriver, nothing else. So unless someone overhaul the guns system, this is pointless.

Now a veichle sewing machine would be more useful as the player can repair/reinforce and modify clothings. The only problem is the thread, tough.

Sort of my point, I rarely use guns so I don’t really need a hand and press die

It literally is, if you read the description. I always found that a charming bit of weirdness to the world. I’ve never actually used it, but it makes the world feel a little more real to know corporations in CDDA sometimes do inexplicable things, likely due to Kafkaesque internal politics or something, just like the ones here.
LIke I imagine the now defunct FOODCO once had a warehouse full of hand press sets and one division foisted them off on another to clear them out, so they got pushed into the design, and it wound up as just another bullet point in their catalogs.

Every other functional joke was moved from mainline to crazy cataclysm. Why not this one too?

I get the joke. It’s just out of place right now, by itself.

Because the code implementation of the Foodco is very weird and removing the hand press would be a fair bit of work. It’s not a priority for me (and I seem to be “the vehicle guy” right now) but you can ask someone else to make the change. 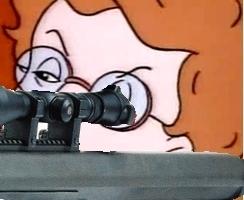 Why not this one too?

Well, it’s not the same sort of joke as the Granade or Actual Cannibal Shia LeBouf. Real world companies have done dumb things like that. Usually as they’re going out of business, but hey.