What is the 'best' tile set?

There are several tile sets available, and I’m not certain which one is the ‘best’ for me. I don’t really feel like switching to one, getting off the game, reopening the launcher, loading back into the game, loading into the world to check it out and do so continuously. So if anyone is willing, could you post pictures of the various tiles sets with their name? Thanks

search reddit for “tileset” and you’ll find a post with all the tile sets in an imgur album. 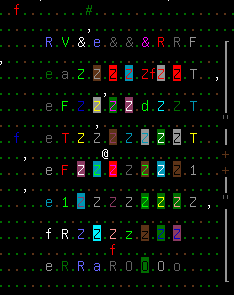 Wow, thanks for that! This is pretty dang useful

So THAT’s what a Brain Blob looks like. I’ve never seen one because all the Slime Pits I’ve ever been in end after a single level, if I can get down them at all.

I think you don’t actually need to reload the game to check out the different tilesets. Pretty sure I’ve switched between them while in the game using the Options menu.

^Can confirm. Don’t need to relaunch the game to see tileset changes.

Personally, my favourite set is MshockXotto+ edited to be 24x.

ChestHole has a consistent, no nonsense look, but everything looks a little chibi.

MShock is prettier and sleeker, but some of the zombie models are off balance, and look a little silly.

If you’re up for the task, you can edit any of your tilesets. They are in the “GFX” folder and can be edited with Paint. You can edit existing tiles easily, but if you want to add new tiles to items without an assigned tile you have to do some light coding.

I tried paint, I believe it gets rid of the blank space if you save it there.

ASCII. For some reason it’s easjer than tiles when I’m trying to figure out what the hell is going on.

A lot of the basic editors have issues with empty space. I haven’t done it in several years, but when I would do Sims/definitely-not-hentai-game clothing I had to use photoshop because it was the only thing I could get to work with transparency.

Currently I’m working with a phone without high speed internet for my downloading needs. I’m kinda limited to what I can use. Lol

ASCII for me too. I tried tiles for a while and while it as neat, I merrily drove right into a mine field because it didn’t look different enough and I couldn’t see the signs around the edge.

Could you perchance list the monsters in the screenshot in order?
(This is a stupid question and probably a 2-year necropost but I mean…)

I think you mean, MSX++UndeadPeopleEdition is based on a long line of previous tilesets.

RetroDays and UndeadPeople for my money, but for different reasons. Retro because it lets you imagine what people and places look like for yourself, and Undead for simply giving you a good idea of what things look like. Once Utilica is done, I think I’ll jump to that one wholesale.

I’m on the same page as you. I’ve been playing the Ultica demo and it took some adjustment, but man if it doesn’t feel like it’s gonna be the tileset as soon as it’s finished. The only thing I’m really missing right now is a few of the enemy sprites since I’m fighting loads of soldier Zs and the big “Z” is especially out of place with the Ultica being as detailed as it is

The missing items get me, but yeah. I agree though. Excited to see what it eventually turns into and from what I’ve seen the realistic zeds look awesome.