What are some things that should be in the Cataclysm?

Feel free to contribute more factions. I’ve posted some ideas but as far as I know, only I-am-erk is implementing them and I am busy coding new stuff and fixing C++ bugs (that I introduced the last time I coded new stuff).

Haha, I would love to, but if I knew how I would’ve already tried my luck at it, but so far my coding experience is moving points and connecting them on that scratch program…
Also, that was a couple years ago too.

Being able to craft mini fridges and mini freezers. Seriously, we can craft mobile forges, mobile welders, mobile kitchens and chem labs but not a bloody fridge or freezer? And an option to show, which mod does an item/crafting recipe comes from. And selecting stuff for disassembly the way we select stuff for multidrop.

You can craft mini-freezers and mini-fridges for at least a month now.

Man, if only someone had written a guide to adding non-code, JSON data only content intended for first time modders.

Aha, thanks. Shouldn’t have believed the wiki and the item browser and actually checked myself near all of my books. But why they are impossible to disassemble (or am I missing something again? This time I checked near all of my tools and a welding rig)?

Lol, fair enough, got me there…

Damn, you must be a pretty intuitive instructor, keep the directions subtle and easy to understand, definitely something I would have trouble doing…

One random thing I’ve been thinking would be useful to have in cata is a Faraday flashlight. You know the emergency flashlights that you charge by shaking a magnet through a coil of copper wire? Could produce a small radius of light and create a constant noise while active to make up for the fact that you don’t need batteries? Poor man’s version of an atomic lamp that you can craft?

That would be cool. A carbide lamp would be nice too, since we already have calcium carbide lumps: 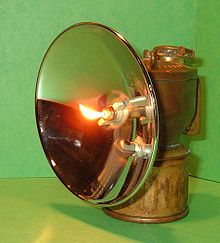 Carbide lamps, or acetylene gas lamps, are simple lamps that produce and burn acetylene (C2H2) which is created by the reaction of calcium carbide (CaC2) with water (H2O). Acetylene gas lamps were used to illuminate buildings, as lighthouse beacons, and as headlights on motor-cars and bicycles. Portable acetylene gas lamps, worn on the hat or carried by hand, were widely used in mining in the early twentieth century. They are still employed by cavers, hunters, and cataphiles. Small carbide la...

Maybe we should also have some way to produce oxyacetylene, too? It seems the hardest part of that is getting the calcium carbide. Afterwards, any schmuck can make acetylene gas*, and if you collected it and mixed it with the gas from an oxy tank, it should be good enough to weld with.

* with the caveat that if he’s REALLY a schmuck, he may blow himself up – the reaction is exothermic so you have to be careful not to let it run too fast and get too hot, otherwise it might ignite the acetylene it’s producing and explode!

Sinks, bathtubs, and showers should all serve as liquid containers like toilets, where you can freely scoop liquid out of them after it’s put in there. This isn’t doable with JSON since toilets are handled really weirdly in code, but it’d still be a nice feature to have.

Agreed. I live in an area that’s prone to bad weather and things. They tell you to fill your tub with water if you think you might be trapped for any period of time, or if the water goes out. I imagine that’s something they’d tell people in the Cataclysm, so it’d be neat to find tubs with water in them.

Question: Why is it that I can make a thread just like this, and Kevin closes it down, but when someone else does, they don’t?
If I didn’t know better, I’d say the Almighty Kevin, high king of The End and this forum, had it out for me. He has slain many of my posts and threads.

More ontopoc of this thread so that I don’t get spam flagged:
We should make it so that things like dressers can actually contain items. Unless I’m an idiot and someone already suggested that.

They can hold items, either use advanced inventory “/” or Multidrop (Directional) “D” and it should place the items in the spot… I guess it depends on what version you are playing too, but you should be able to place things on top of certain containers (Or in if you dont want to break immersion)

To create some basic diversity on land maps, along with a world generator, there should be a climate controller, like controlling the annual rainfall on the map (By percentages, maybe 90% means theres a 90% chance that it could rain in a day) along with a avg. world temp, (Stealing the idea of rimworld, sorry), and maybe overall radiation coverage. So if you’ve been in basic biology you would have a ballpark idea of what to set both figures to in order to create a some sort of biome (High temps + low rainfall creates a desert map) Just some hopes, but probably not gonna come concerning the (Very strange) lore of the game being loosely based in New England…

The fact that you say things like that is why. You have an ever increasing track record of going wildly off topic and it annoys people. Its not just kevin, if people report you, he or any other mod will do their job and remove it.

Also dressers regularly have clothing in them already and are containers.

Ah, but I feel as if it is relevant in many cases. For example, that previous comment is directly relating to what this whole topic is about.
I’m not gonna say that I’m perfect or anything, and at least some of those cases are actually accurate, but lots of them aren’t.
Maybe it’s because I’m autistic and I think about things in s different sort of way most people do. Perspective is a very dangerous thing. One person may think one thing, another may think another.
I’ve run into a case where I use what I call AFSI (Ant-Flag Spam Initiative.) Basically what I do, is stay relevant in the thread in general (or at least try to), and then say another thing that people are more likely to realize that it is relevant to the thread.
For example, right here, I’m replying to what you said to me. My original post you replied to is relevant to the thread (as explained earlier), but at this point, many may think this to be irrelevant to the thread. Thus, flagging me.
As such, I still more directly contribute to the thread itself.
Speaking of such:
————————
I feel like an idiot for not realizing that about cabinets and stuff. I even knew it, but I asked anyway. Cuz I’m stupid. I’m not gonna pretend that was someone else.
Now something that I actually don’t know, is whether they have any sort of storage limit. That’d make sense to me. It probably wouldn’t be that worth adding, but I feel like it should.

Another thing, how realistic would it be to have certain enemies take up multiple tiles? From the descriptions, some creatures are freaking hugemungus! I don’t know how that would work in terms of coding, but I think it’s be cool.
Maybe it could somehow work similar to that if vehicles somehow? That might work. Sadly, I don’t have enough knowledge of this sort of thing to have anything more than a really rough guess.
Said guess, would be that it’s be hard.

Is it possible to build stuff like dressers and cabinets on vehicles? I don’t remember that being a thing. It’s be cool to have a proper ‘mobile home.’ Even if it doesn’t have much of an effect.

Congrats if you read this whole thing.

Yeah, I feel like having something like the tank drone take up only 4 spaces is very unrealistic, especially since it means it can shoot 360* anywhere at any time, but it would pretty hard from a developmental sense to create an “enemy” vehicle… And bro, no need to tell us about your issues, this is sorta a place to just forget things like that.

Anyways, another great addition to CDDA would be adding two hands to the game, instead of just one that can split into two when needed, so you can dual-wield pistols, smaller weapons, some smgs, with a big debuff to accuracy, aim timing, and recoil, and blocking with two melee weapons, but a large buff to weapon swing times, bullets fired in Semi/Burst/Auto, and more ammo. This opens a lot of new possibilites such as shields, nerfing spears, and creating the absolute death god that dual wields shields to negate everything.
Oh yeah, almost forgot to add that it would be nice with a one handed item like broadsword and such to be able to use both hands to wield it, which would add more damage to a swing, but also take longer to swing (wouldn’t really change blocking though, at least I think it wouldn’t)

OH MY GOSH DUEL WIELDING WOULD BE AWESOME!
IRL, duel wielding any gun and having any sort of relative accuracy is unrealistic. The best you could really do is spray and pray. However, since this is a video game, we could perhaps be a little forgiving. At least that’s what my dad told me. As he is an ex-marine and has shot many a gun, I generally trust him with this sorta thing.
Now, in terms of melee, something a lot of people don’t seem get is that having two swords (for example) requires mostly dexterity, not strength. A proper sword isn’t supposed to be some sort of heavy, blunt object. Of course, that wouldn’t necessarily be true with all weapons.