What are some tactics to kill the Armored Zombie?

After being away from the game for a very long time I came back into it recently and ran into a combative issue.

I have a mission to extract brain memories from an Armored Zombie, which from the description he has freaking power armor on. As such, he’s nigh impossible to actually hurt.
I had a bit of flamethrower shots available, which did hurt him a bit due to 30 AP from it, but it only took off a single bar with the two shots I had.
I’ve been running around trying to lure him into dangerous situations that might just be able to get through his armor, be it a wasp nest, a troll, a clay golem, an owlbear (those three modded), demon spiderlings, or a moose. Nothing has so far as nicked him.
I super ramped up the NPC spawn rate hoping to luck out and have an NPC spawn which has enough armor piercing to actually do something to him. None have spawned (as far as I can tell from the overmap) thus far, other than two or three people with fists and weak weapons.
Grenades hurt me more than him, and my modded M16A4 can do nothing to him.

As of right now, I don’t have a particularly large ability to craft anything for the most part, since I lack many tools and skills. The only reason I have the loot I have already is due to the fact that I spawned in a military base as a Special Operator and was able to effectively have infinite ammo and grenades from all the easy kills. Even so, only the rare flamethrower from a scorch zombie can do anything, and they tend to only have like 2 shots.
I can easily run away fast enough for him to be an issue with hurting me, so he’s not actually a direct threat to me, I just want to complete my quest for Hub 01.

On the bright side, watching the combat from afar is entertaining.

How successful would some of the piercing weapons be? And would any sort of pit variation work particularly well?
I got a manhack from Hub 01, but from the description I’d still need to hack it to make it join my side. I very much don’t have electronics and computer skill right now to actually have any chance to succeed. I don’t know if one would even be able to pierce the guy’s armor anyway, but either way I really don’t want to have to fight a manhack if things go wrong.

I remember using a couple of beartraps, and the gasoline from a few refillable lighters to trap and burn those guys. It was also that character’s solution to juggernauts.

A sledgehammer works pretty well with decent strength, a .50 cal rfile will do the job too.

I would dig a collection of deep pits, drop some wood in them and set them in fire. Once it has fallen in to a few your problems should be over.

Okay, thanks for the suggestions, I’ll try and work on that.
Sadly, I do not have access to a .50 cal or a sledgehammer, so that’s out of the question, but I have a book with a recipe for making beartraps so I can probably do that, and making fire pits is easy

Fire pits are useless apparently, and for some reason even though The Modern Trapper has the recipe for a bear trap, I don’t seem to have the option to make it. Did something change? I have it on my character when I’m checking for it.

EDIT: Just found a couple beartraps and they also do nothing. I think I might just debug in a sledge hammer because I’m really tired of this nonsense

EDIT 2: Do Armored Zombies have some sort of regeneration ability? I’ve hurt him several times and the game still says that he’s uninjured.

EDIT 3: Okay, I’m really tired of trying to deal with this guy, I’m just going to use debug stuff to kill him. I don’t freaking care at this point. If he can use cheat hacks, I should be able to as well.

Oh my gosh I was correct about what I actually needed to do the first time! I looked it up, and the dessicated corpse IS what I was supposed to use the mind splicer on! There’s a bug that’s fixed by debugging in a mind splicer and data thingy.
So basically, I wasted a bunch of time trying to kill an Armored Zombie, eventually needed to cheat to do it, just to found out that my assumptions were correct the first time.

When I fought him I first tried a molotov (didn’t work), then I grabbed some of the high-calibre rifles that the Zombie Soldiers had been carrying and used them. I also considered running him over or leaving to brew some dynamite.

This definitely works. Just don’t try it with light vehicle.

eh, it’s more about the speed. get up a decent speed and the vehicle type/weight really doesn’t matter. Just tested running over an Armored Zombie at about 50 mph with a solar car and all it did was break the windshield and put a bit of damage on the extra light frame.

I was on a bike at the time and kept failing to get it lined up just right to actually hit him.

Ar10 with plenty of 30-06. Takes a couple magazines and is equivalent to plinking at a regular zombie with makeshift arrows, but will finish the job cheap. Can also be gotten from the guys surrounding your armored friend near that drop, iirc.

Just found a couple beartraps and they also do nothing

Well yeah, they just catch him for a few rounds, forcing him to stand in the fire you set.
A little gasoline from one of those refillable lighters, and maybe a plank, and you’ll quickly get a good sized fire going in that square. Do that twice a few steps apart, and drop a beartrap on each fire square.
When he breaks loose from one trap, lead him into the other one and run back to the first one, pull the bear trap out, reset it, and put it back on the fire. Wash rinse repeat, two or three snaps should kill him. This can be used to kill big slow things like juggernauts, too, though their reach attack makes it more dangerous.

Tazer. It takes like 5-6 hits, so maybe bring a spare battery. super easy, barely an inconvenience.

I wish I new that beforehand, I found a lot of tazers earlier. A bit too late now. 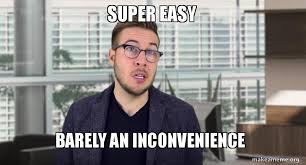 Just killed one: boxing + hydraulic muscles. But my character has a large bionic power reserve, so… not so applicable I guess.

dig a pit so deep it goes into another Z-level. Then dig it deeper. Let the zombie walk into the hole.

Example… go into a sewer. Pry off a manhole cover near the armored zombie. Demo the ladder that goes up. And mine down 1 floor deeper than the sewer.

Suddenly he falls in! Yay!

I use the same tactic as i do with the Skeletal Juggernaut…i walk away…slowly…while chewing bubble-gum, and let the eventual heat death of the universe be responsible for killing them. Why waste time/effort/ammo on something that a one-legged arthritic geriatric patient can out hop.

Yup. Things that slow are a piece of cake. When the guy said fire pits didn’t work I thought they had developed fire immunity or something. But no. Perhaps they got out too fast to get properly damaged. If that’s the case in Bear Traps would help.