Here is some progress on my GF/LF mod!

Mainly as most game mechanics can be avoided with skill or tech progression (power armour for weak players, food processing/collecting/mutating for carnivores etc). But the “grain intolerance” and “lactose intolerant” character debuffs have a simple counter, don’t eat those things. But as the game does a lot of real life simulation/crafting etc, then it’s just as simple for the game character to use alternatives.

This should not affect balance much. Those items were food stuffs before. A player could make/use other foodstuffs before. Just a late game player has more options available now.

I am yet to look at milk/wheat spawns. I’ll have to see if I could make these alternatives spawn very infrequently.

I am not bothering with Soya milk, as I do not know of any consumer based growing/producing. But rice milk and cornflour type recipes seem easy enough for the Survivor to make. 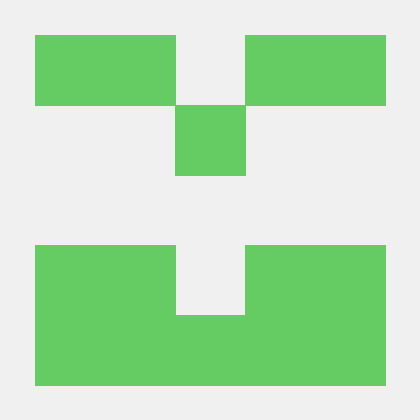 Todo: Consolidate cornflour/riceflour into a single “gluten free flour mix” to avoid having to make a seperate flour for everything.

I’ve recently started exploring gluten free recipes IRL, as I am an avid bread maker and now have a semi-frequent guest who is gluten intolerant. There’s no simple substitute for gluten in making bread, so I hope the GF recipes you make for your mod aren’t going to be a simple item replacement. Except maybe for flatbread, but even then, you’re really making crepes.

If you add almonds or rice as a plant type, however, I think you could take advantage of the Fermenting Vat as a opportunity to create milk alternatives. Not sure how hard it would be to add water to the vat (which it really should require already, but that’s a tangent). But given how long you need to soak almonds in order to get almond milk…I think it might be a good fit for your project.

For now they are a simple item replacement where actual quality of the bread being “elastic” is not required. I’ve made gluten free alternatives with the exception of breads myself (though others I know have).

For pancakes and waffles, the texture is slightly different, but for someone use to it, it’s ok. I don’t know how to code in a -1 enjoyability for those without and a +1 for those with gluten intolerance in game (as it’s a matter of taste on what you are used to).

I’m avoiding almonds for now, as AFAIK no planting of them in game, and I’d have to look at how long they grow IRL. That, and I don’t want too many duplications. 1 alternative is an alternative in game. So the mechanic would work as intended. But as for rice milk, I can add in the vat/casket option for the crafting for “soaking” it. That would be extra stages. I will look at that.

My scones/biscuits/fairy cakes and muffins all end up crumbly without gluten or xanthan gum… but again, I don’t know how easy it would be to grow and harvest in game. So our Survivor will have to deal with crumbs!

Based on what I’ve seen in the game so far, you would want to code these new GF recipes as completely new recipes, with their own enjoyability and nutritional ratings. According to the item database, we’ve already got corn, cornmeal and cornbread in the game…

Hmm. So, since I haven’t played with this aspect of the game much, I guess we run into some questions about what happens when you use cornmeal to make things that also allow flour to be used in the recipe, for gluten intolerant people. Like, I’m not even sure if that’s an option in char gen or if you’re making the flaw too.

AFAIK, if an item has an ingredient that would affect a diet conscious character (lactose, wheat, meat), then the product of the recipe is flagged similarly. IE: Crafting lasagne uses meat and pasta and sauce. The finished product is flagged with ‘flesh’ and ‘wheat’ tags.

So if you created something that required cornmeal and wheat, presumably you’d flag it as containing wheat. I haven’t looked at recipes but I imagine it would be pretty simple.

EDIT: Oops. Did you mean if you allowed a recipe to use EITHER cornmeal or wheat? You’d have to make separate recipes, you wouldn’t be able to make them the same because the resulting object is what gets the food flags. So if you replaced the pasta in lasagna with ‘cornmeal lasagne’ it would still produce regular lasagne with the same meat and wheat flags. You’d have to make a secondary recipe that created a cornmeal version of the food.

I treat “grain” as “wheat/gluten” in game. So new recipes and items. AFAIK flour in game is not fortified (crafted vs store purchased in game is the same). Also cornmeal is treated the same as “veggy”, which messes up the actual vitamins of real corn flour. So I will need to see if I can add a “grainOther” alternative to the “wheat” flag.

So I can go in and adjust them to better IRL versions. I can take out the fortified variety but that would be a lot more work (making alternative items/recipes). Rice flour also has different vitamins. But most things will be eaten mixed in something, as the player will not be eating flour alone.

So I have already divided out “wheat” and “cornflour” [“cornmeal” in game]. I may just go with a mixed variety, and fudge the vitamins (for the mod, not for the game, as I probably won’t have time to go through every vitamin/nutrition value).

The game also for some reason notes cornmeal as 2 for nutrition (similar to calories in game I think), but normal flour is 1. it has twice the fat content, but 1% vs 2% is nothing

… carbs is about the same, calories is near identical!

@TheMurderUnicorn Yep, that’s what this mod does. Seperate them out. I’m still to decide if I just want to shove in “mixed GF flour” as coding all the recipes by hand (I’d love a GUI tool to copy/paste entire data set XD ) would take forever doing acorn, rice, buckwheat, oats, almond, corn etc.

I have left out “pastas” as I have not tried making these IRL, and as said, without gluten most things do become crumbly (as normal rice and corn dishes avoid this by allowing the natural starches to provide some texture or binding, however this does not help with baked or other types of cooking).

Well, I’m honestly not sure how a gluten-free lasagna would turn out. The Google says it’s a thing and it looks pretty good, but I dunno. I do know, though, that rice noodles have been a thing forever and that they don’t contain gluten.

So, presumably, anything made from rice noodles would be just as edible as it’s wheat-heavy counterparts. So things like spaghetti would probably turn out just fine. There are gluten-free variants of macaroni as well, though I’ve never had them personally.

Just sayin’. I sort of doubt they’d be easily manufactured by a player in the apocalypse, though. But hey, gluten-snobs, Celiacs, and wheat-allergic folk are everywhere these days. You could probably find them laying around somewhere.

We haven’t talked much about lactose intolerance but that % of people is enormous. Lactose free products would probably be in a lot of houses. However, since the game takes place in pseudo-America there would be cheese products everywhere (It’s a whole thing with a government bailout of the dairy industry).

(Preface: this is me nerding out about all this stuff I’ve been learning for the last 3-6 months on behalf of my friend. I’ll let others decide how useful it is to the mod, since I think self-editing here is both potentially unproductive, and skipping an opportunity to nerd out about something I’ve been nerding out hard over)

Nearly all GF pastas that I’ve found, pre-made or home recipes, involve xanthum gum and a mixture of at least 3 different types of GF flour in order to get it to work correctly.

Rice flour is proving an interesting exception. I recently found this (rather pompous, in my opinion) youtube video on making riceflour bread based on a cornmeal recipe. Between this and the rice noodle, there’s definitely some binding agent in rice aside from gluten. I’m probably gonna spend a few hours looking that up…

Looks like rice noodles are cooked first and then cut into noodles, and the binding agent is tapioca starch: Rice Noodles from scratch https://youtu.be/qPeNRcmbPoI

Yep. Rice noodles are a thing. Those I could add to the game… still not a home made lasagne though.

Even the store bought stuff I get just falls apart (had pasta today, it’s a bit more soggy, but stays together I guess).

Nearly all GF pastas that I’ve found, pre-made or home recipes, involve xanthum gum and a mixture of at least 3 different types of GF flour in order to get it to work correctly.

Yep. Hence if it’s not rice noodles (and by the looks of the recipe, a substitute for lasagna sheets could be done by not cutting the noodles sheets) I’ll not bother.

I wonder if rice starch or in game “starch” is a good substitute for tapioca starch?

Related - I guess it would make sense if a Expanded Digestive System CBM let you eat food you’d otherwise have an intolerance too as well.

I think this would be better done as a C++ edit to mainline.

Check components for allergens, not just the food itself. That way the already way-too-long recipe list doesn’t get even larger. If the player wants gluten free sandwiches they can simply choose their non-wheat bread of choice when crafting it.