So While pondering can openers and pull tab can products I thought…Gee, don’t have a variety of food in game. I thought for the grins we can add whatever don’t have in game, here and collect that shlock for anyone wanting to add it in game.

As usual. All welcome to add whatever food items you want. But try to keep it local to New England. We do have Thai, Cantonese, Vietnamese, Russian, German and some Japanese imports and markets. Mostly Italian, and apple pie american fair kinda food though. Oh and some Spanish stuff but not the good stuff like texas would have…sadly =(

-Pocky!(Japanese)
-Canned Sliced Potatoes(no pull tab)
-B&M Canned Brown Bread(no pull tab)(toast it with butter for best results)
-Whole Canned Chicken(and it tastes as it looks despite the nice lady comments below
-Bacon in a can(this would make you more happy than Spam…trust me)

This chick is fun to watch sometimes-

Yeah, I think it would be awesome to have variety like the toast-ems, where it’s just a small change in the description and it give a plus 5 to joy.

I would like to see more canned meat in general. Canned shredded chicken (like canned tuna) is very common, at least where I’m from. Full chicken in a can exists, I’ve just never seen one (and don’t want to) in real life.

I wouldn’t have considered Pocky to be relevant in any way (such small things) but a quick google says they have a fair bit of calories to them (assuming an entire box/can is consumed as one portion) so I wouldn’t hate seeing them in game. Although I do think that there’s already a LOT of junk food, and it’s also super common in game. I don’t know from a balance perspective but I’d prefer to see more ‘actual’ food get added over junk food.

This is a bit silly, but genetically modified trees and buses. No more watching your bananas rot away; just pick them from a bush! (I know that this is impossible, but given the fact that the dead walk and other dimensions of horror have opened up, some laws of reality just kind of fall flat).

New recipes out of tainted flesh. Just something fun to spice up that run with the flesh-eating, club-tailed, multi-armed, screaming chimera that is your character.

What about separate packaging for different food?
All plastic bags and alluminum cans look the same!

I just went to look into adding some new MREs. There’s already 27 variants that I found. That seems like plenty to me and also way more than I thought there were.

Gee, don’t have a variety of food in game

Just don’t take it as an offense, but really? There are literally dozens and dozens (maybe even hundreds) of food recipes of all kinds (tbh, some of them are likely never ever used by anyone) and dozens and dozens of commercially packed food.

If you want to add variety (and not the clutter), the best way IMHO would be to make them like Toast-em - kinda a bag of chips, all the same item, but with varying description. A-la “These ones are paprica-flavoured, these ones are with bacon etc”. The same thing with canned chicken etc.

MORE? I currently have a vehicle packed with 20 or so MREs. Only a few duplicates.

I live in eastern europe and most produce here is local. You would have to go to Lidl to get anything more than local (and despite their ads, there isn’t that much local stuff there that have quality).

Does New England really have a lot of different food items? I also doubt most imports that are more exotic have been taken after the games events and left with only mostly common food items.

This…is all care about 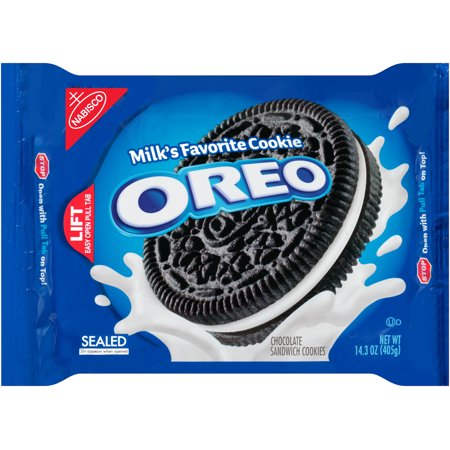 Turn on Crazy Cataclysm. I’ve got marloss berries growing outside so I’ll eventually be able to make my own. I’m fond of the Slow, Encroaching Death of Human Civilization flavor, personally.

Depends on the area, but yeah there’s often ethnic grocery stores with an incredible range of imports.

What kind of imports? Can you give some examples, please?

I’m mostly thinking of Mexican and Asian grocery stores, which are both common.
I don’t know about herring, but I’m not but on seafood

Id love to see some ready made tallow and butter or shortening. Shelf like is pretty long and can make some early food crafting easier.

Id love to see more things to do with milk since you can raise cattle. For example putting vinegar or fruit juice in milk to make cottage cheese or paneer.

Id love to see some little known north american edibles like butternuts (the tree nut not the squash) And paw paw fruits.

Honestly beans and lard or tallow should be an early game staple and a lot more common. Most people have beans and some kinda solid fat in their pantry at all times. Realistically i could probably just live on bean n cheese burritos all spring xD

For that matter, why dont we have sour cream, guacamole and salsa in grocery stores in game? Most of us dump that stuff all over our nachos with some bacon or carnitas if your lucky. Maybe im just biased cuz i was born in vegas but everyone eats loaded nachos… Making tacos or quesadillas should be about as difficult as an in game cooked sandwich so maybe cooking 1-3.

Give me some tube wasabi to go with my soy sauce and fish so i can eat fish raw without penalties. Give me some gochujang and kimchi while your at it xD.

I would like to see some brazilian food on the game actually most of it was made from slaves in the colonial era so it is made with scarse ingredients aredly.

An example is couscous(it’s an African name so ye)

It is basically cooked cornmeal,the difference is that the cornmeal is grinded with primitive tools and it’s not completely grinded,when cooked it gets an texture similar to rubber (it’s is weird to explain it ok) It can me mixed with a crap ton of things (meat, vegetables and even chocolate)it still is pretty fucking great

Another thing is tapioca fried brazilian arrowroot flour,it is similar to wraps,it is flavor less and VERY good for your health,people here usually use it as a substitute for bread,it cant be in everything bread is used tho as it is basically an wrap with less integrity as it usually falls apart when bitten,it can be mixed with ham,cheese, meat,jelly, chocolate and fruits.

There are Italian things that aren’t in the game,polenta it’s basically an cornmeal paste that used to be the Roman legionaries ration,it was made from oatmeals if it was used as military rations,it can be fried similar to French fries,baked into something similar to rice cakes,be used in soups or as an sauce as well as an alternative to mashed potatoes,

Canned smoked herring are sold as “kipper snacks” in a variety of brands throughout the country, including New England. It’s actually very common.

Why don’t you go ahead and contribute the JSON to add these foods to the game? Adding recipes and items is not very complicated.

Well,I will do it when I get access to my computer again,thanks for the idea