The Vermilion Mod. Because your apocalypse doesn't have enough ridiculous items 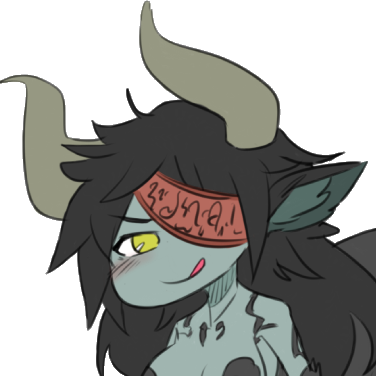 Adds a random assortment of wildly different things into C:DDA

A monster of a mod that I cobbled together from old and/or unused projects I’ve had lying around. Items include weapons, gear and risqué adult items. You have been warned.

There are most definitely something broken or terribly unbalanced in this. If you find something, or have a suggestion, do let me know. The best way to contact me is on Discord. I am on the C:DDA server and go by Vermilion.

this mod is great keep up the good work

Absolute Reaper/Absolute Sniper. A scythe that turns into a sniper rifle and vice versa. Inspired by a certain video game character.

Is that about Scythers from World of Boomrats?

Not sure Ill ever use this, but I felt the need to note that.

Meh. As far as I remember, a .50 BMG rifle in the game is already a serious overkill. You’re not exactly fighting halftracks with nazis there.

Margaret Moonlight from No More Heroes 2.

Hell, they where able to kill tanks with the buggers. And yeah, it aint really needed, but felt that it should be noted if the thing was gonna be included.

Eh. Why is it always the stuff I’ve never heard about…

I’m aware that the 14.5x114mm is punchier compared to .50 BMG. The slightly part is meant in game. Like said before, the Barrett is already more than overkill so it didn’t make much sense to make it even more overkiller.

Ah, missunderstood what you where saying up there then. ill go wander off then.

It’s all good. No worries.

Well, you could have added some stuff from your own country(?)

Like Suomi machine pistol or Lahti anti-tank gun. The latter would have been even more overkill-er.

Not a bad idea. I’m still adding things when I have nothing to do, so I could definitely at the very least add the Suomi KP. Might even add the M39 Mosin-Nagant while at it.

Gonna need some serious enemies to go with that serious overkill. Otherwise what’s the point?

Its more about RWBY

Yes, RWBY has a weapon like it too, but that’s not what I was referring when I made it.

I personally loathe the series, but to each their own.

So basically this mod has raiden’s blade including his swordplay. Now all need is “Nanomachines” and a big ass metal gear boss or something similar.

Now you just need a zombie armed with this weapon, and make it scream “HORSE C**K” when it attacks someone.