Most modern nukes are 150 ktons or so - bigger booms are really inefficient in terms of damage delivered per kton of boom, so the trend has been to improve accuracy instead of throw-weight.

The Old Guard is not the only faction that knows about and has legitimate authorization codes to access US government secure facilities. The Hell’s Raiders may have taken over some of the inland stuff, as well as other splinter groups of the US government.

PACCS Hadley sounds like a cool base for the Great Library, though. Two stories and 40,000 square feet is a fairly manageable CDDA map at roughly 3x3 overmap tiles. The fact that it’s already controlled by a college means that there’s already a reason for the weird split between the Great Library and the Campus.

Well I had the idea to have an group that is an adversary to the old guard that isn’t really strong in new England but they could have their main HQ in a place like reaven rock or even make them a mix of US army/navy/air Force/coast guard special forces ,US Marines/Coast guard and even some places like NORAD,Raven rock, Sierra arms depot, Hawaii,area 51 or even turned the west coast in a giga safe zone similar the US government did in WORLD WAR Z

They could be like,fewer in numbers but with better training and gear they could be settled in a lab when you enter it you see some bois using stuff like power armor,RM13 and holding RIVTECH/LEADWORKS GEAR

Well this are the crazy ideas for the lore,I think the old guard having competition in the other side of the country that came to new England to the labs(assuming new England have the labs that started the research with the nether and blob)

Are missile silos always robot controlled or are there any that randomly have been outfit by humans as a new base? Growing crops. A community, etc. Maybe a fence and some guards?

I always seem to fine them and they seem the same. Assuming nothing changed about those. Never found anything except robots trying to kill me inside.

To what engine? Not that many good advance 2D engines around as far as i know

Actually, you can already set up dialogue effects that only trigger on the condition that so much time has passed since the Cataclysm, and dialogue effects can generate new maps and/or update existing maps, so it’s entirely possible to set this up now.

You could talk to the Old Guard Rep at the Refugee Center on day 366 of the Cataclysm and have a walled off city get silently spawned in some part of the map you haven’t seen.

Do you think we will see a engine change in the future? And if how long would such take to accomplish?

Take a look at this thread:

i was thinking, what if someday there is one user in the forum with programming and game-making skill fully dedicated to convert this game into using higher game engine such as Dunia Engine (Far Cry’s game engine) or Unreal Engine (most AAA games used nowadays) ? is it possible? because i believe with enough code-tinkering and some skill in programming, every kind of games can be converted into any engine and thus will increase the game’s quality. but of course with its own risk. so… is it pos…

In short moving to a new engine is pretty much equal to starting from scratch.

Is there an all mutant faction at all? Or one in works? That would be kinda neat.

Livin’ with the CHUDs. Sewer mutant faction.
Sounds good to me.

Or they could have a base they spawn with, a little makeshift fort in the sewer, using debris and plants to build simple huts and barricades.

Now that would be good RP

I wish knew even where to begin. I have no coding experiance at all

Try this guide for starters. I haven’t kept up with the news of CDDA recently so I may be wrong, but IIRC adding a faction is doable in JSON and there has been lots of support to allow JSONised quests and NPC interactions lately.

Making a whole faction would probably be pretty tough for a first time contributer, but I guess it is doable if you are willing to see it through to the end.

I look forward to reading this. After i pull this transmission out.

I-am-erk started by writing NPC dialogue. It’s not too hard.

CHUDs could definitely use some love. The current implementation is clearly more CHUD II: Bud the Chud than the scary fast reptiloid things from the first movie, and they’re mostly just a nuisance because of that.

A state to take as seriously as saying “change the gas tank because the tank isn’t full”.

Yes the second movie was horrible. They could have done so much with this monster. 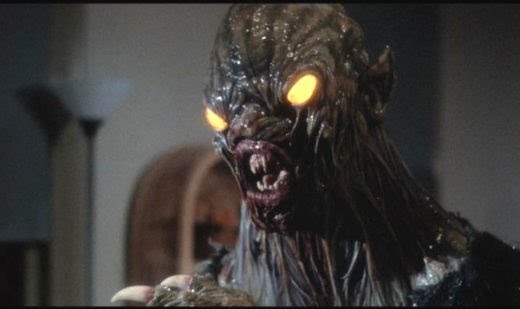