Most of the revolvers (and shotguns) have the “RELOAD_ONE” flag attached to them, so that they only reload one bullet for every reload action command. Would it be possible to make a gun mod for revolvers that gives them a new flag, say “RELOAD_ALL” or “RELOAD_FULL”, that reloads their entire clip?

I would assume it would act similar to the Tuned Mechanism in deciding which guns are applicable for it to be attached too; in that guns that already have the “RELOAD_ALL/FULL” flag can’t be modded with it again.

I never understood why revolvers in Cata all load one bullet at a time. That hasn’t been done since the 1800s. 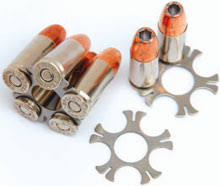 Thats exactly what i was thinking of.

Here, all that’s left is to code the actual “Reload_Full” flag and its effects

As far as I know, there’s a reason why you can’t completely load every gun in the game: some of them doesn’t use magazines.

A lot of the guns, pistols, shotguns and rifles are hand fed, either with revolving drums or fed into the gun itself like a shotgun or sniper rifle.

I guess it can feel like stepping back into the Wild West when you have to load one bullet at a time, but more often then not, the guns without magazines fires a larger caliber, for example .44 magnum ( there are however guns that uses magazines AND a large caliber - for example the desert eagle who also fires .44 magnum.

I personally prefer the hand loaded ones, it just feels badass when you pop a Npc with two shots from my sawn off shotgun, imagining my guy cocking the barrell, shaking out the two spent 00 shots and loading two fresh rounds, cocking it back up. Ready for business.

If anything, I would like to find speed loaders for revolvers, that would be sick!

Edit: written on cellphone, derped my post a bit but you get the picture. What I wanted to say is that even though there’s a lot of different methods in loading revolvers etc today, maybe it’s hard to come by those in the apocalypse? I’m not a gun expert, so don’t take my word for anything I say, I’m just a cat.

I want a magazine system ;_;

Speed Loader.
It’d basically be exactly like the Spare Magazine Mod but for revolvers. I know it’s not really attached but it’d be a lot easier to do.

The reloading system in general needs an overhaul, but a revolver reload mod would be a nice start.

Think about what you’re proposing, you modify a revolver, and now it can be reloaded in a single action?
Miloch is right, what you want is a speed-loader.

Miloch is right, what you want is a speed-loader.

+1, because I can’t quote things for QFT.