I’ve used the Cudgel in the early game a lot and I thought it might be a little too strong for what it is, it has that fast attack, block and stun, you can almost completely stun-lock an enemy in a 1v1. Then I found an Ironshod Quarterstaff and went on to compare it in detail to the Cudgel, and when using it, I noticed that it didn’t use its techniques right. It never downed enemies, but instead stunned them like the Cudgel, despite having no stun technique (Downed and Stunned are separate statuses).
On further playing I noticed that all blunt weapons I used caused stun, even when not having that technique, is the tech info not accurate anymore or is this a bug? Is stun now baseline for blunt weapons? But then why didn’t the Quarterstaff down enemies? Does it have a skill level requirement that isn’t mentioned?

Quick screenshot of the specific weapons mentioned for your convenience: 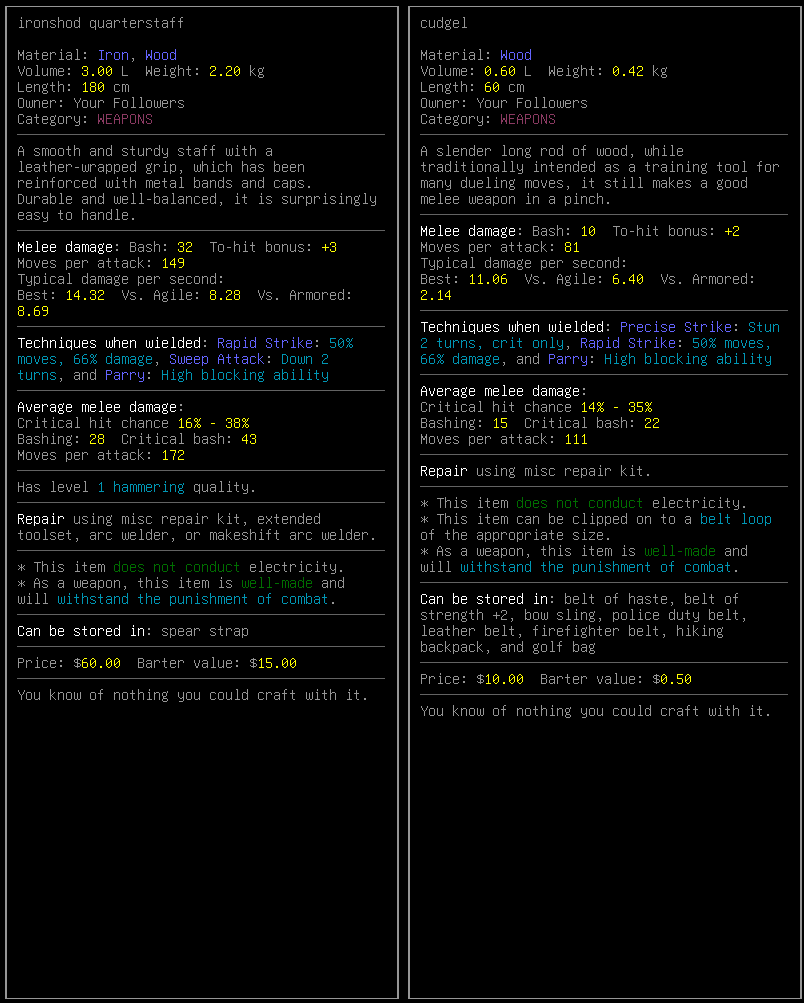 All blunt weapons stun on crit, even if they don’t have any techniques. It has always been that way.

I don’t know why the quarterstaff isn’t triggering sweep attack.