Problems with the New Turret mechanics

First off, none of the vehicles with Turret Mounts are actually spawning any weapons. I’ve encountered plenty of military vehicles, but no military weapons mounted on those vehicles.

Second, I can’t mount A7 Laser Rifles on those turret mounts. These have consistently been the best mountable turrets for me because they draw off my vehicle’s energy instead of a usually very limited supply of ammo and can be configured to fire a single shot at a time. I’d be using those Machine Guns if they had a Semi-Automatic function.

If there was a way to Auto-Load turrets, I’d put a high caliber rifle on my truck and just keep that tile stocked. I mean, all those 50. BMGs aren’t really getting used because they make zombies explode into bloody chunks now…

Where did you even get a Laser Rifle? I only find electric weapons, no plasma, no laser.

Lab Finales. They show up in specific ones along with a Laser Pistol, some batteries, a UPS, a book called the “Computer Printout”, and a Quantum Solar Panel, which is 3 times better than an Upgraded one. There’s also some Fusion Pack which powers the “FTK-93 Fusion Gun”. Which is essentially a twice-as-strong Fusion Blaster Rifle (ranges from “Awesome but Impractical” to “Useless”, as it destroys the remains).

You might need to go through a few labs to find this particular finale.

The Boeing XM-P Plasma Rifle can only be found in the The Armory of a Vault underneath a Necropolis. Like the Lab Finale, it’s up to random chance. The Plasma Rifle is probably the biggest example of “Awesome Yet Impractical” I have ever seen, because you can only power it with freaking Hydrogen Cells. Why it doesn’t run on Fusion Packs is beyond me.

I can debug spawn an IFV with chaingun intact in exp 7350. And I’ve just found a naturally generated apc with a M2 browning mounted on-top.

If there was a way to Auto-Load turrets, I’d put a high caliber rifle on my truck and just keep that tile stocked. I mean, all those 50. BMGs aren’t really getting used because they make zombies explode into bloody chunks now…

Go ahead and expand on this.

Go ahead and expand on this.

From what I know (and from what is mostly reflected in game), a bullet’s damage is based on the square root of its muzzle velocity in joules. For a while, 50 BMGs were the exception to this, doing roughly 66 damage (less, actually, because their guns had a damage penalty).

Well, now they follow the pattern, and do 134 damage. Which is /great/ if you want things dead, but terrible if you want something to leave a corpse, like a Shocker Zombie.

EDIT: Also, try another vehicle. Like say, a Humvee or a APC. I just tried, and they spawn with no weapons attached, even with the Spawn Command.

I’ve found two APCs with functioning mounted guns. One was loaded with an ammo belt. I’m going to check the MBTs from Tank mod.

I think the plasma rifle might spawn in bank vaults too.

First off, none of the vehicles with Turret Mounts are actually spawning any weapons.

That is not true. 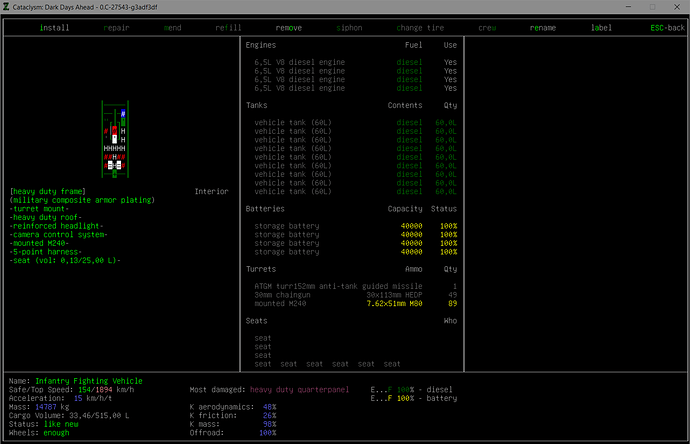 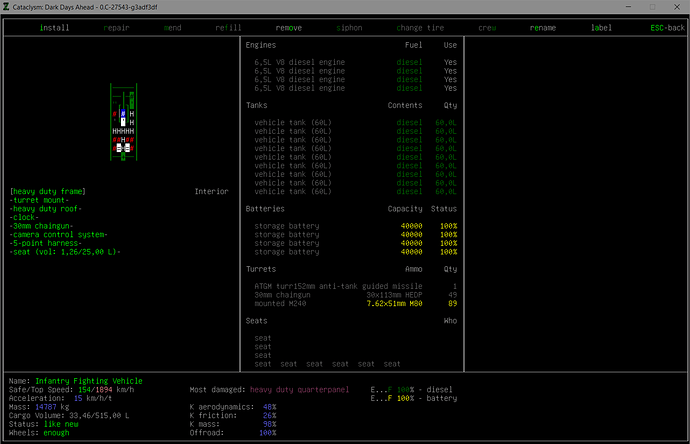 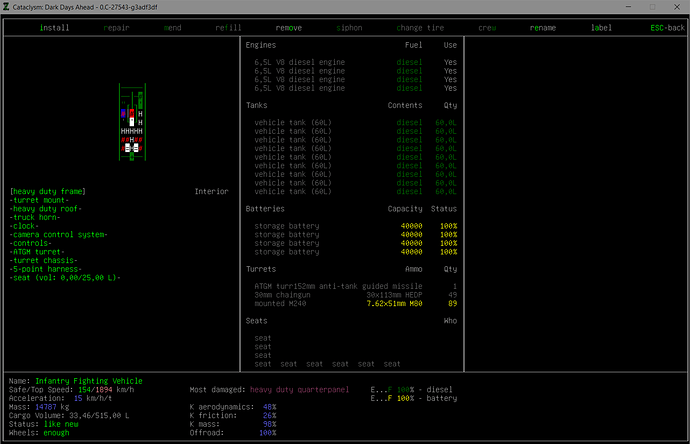 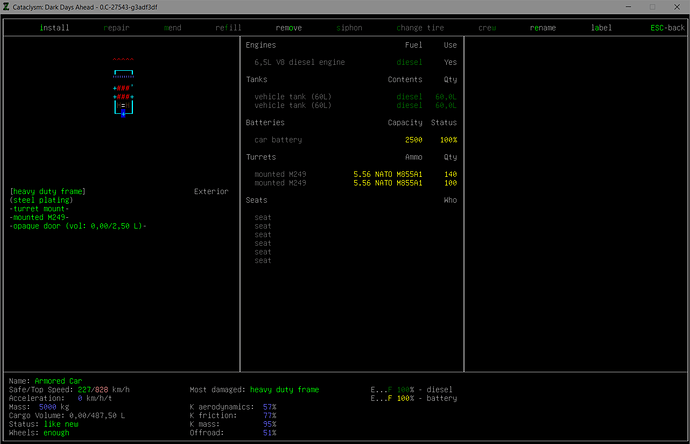 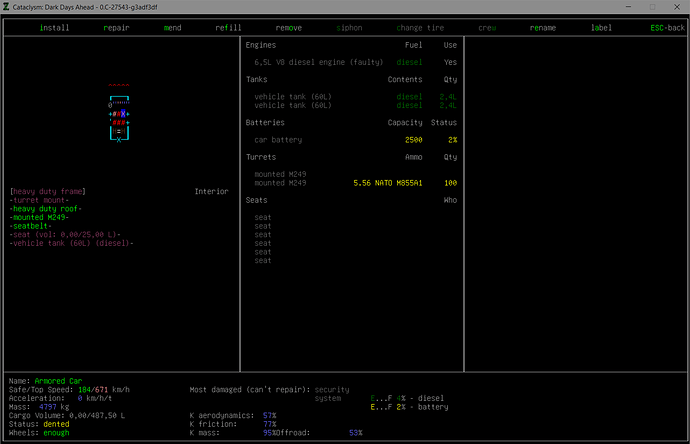 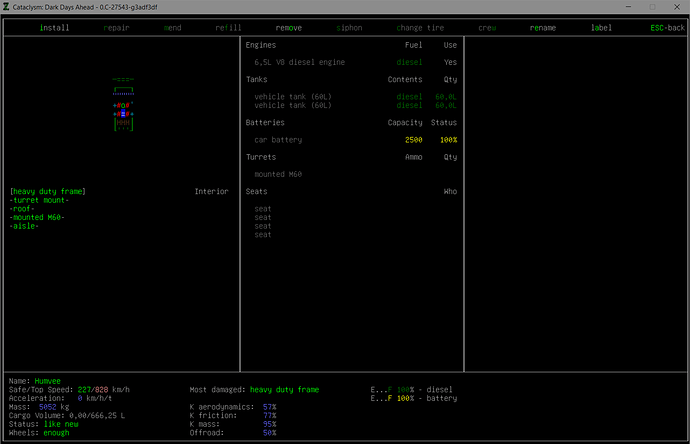 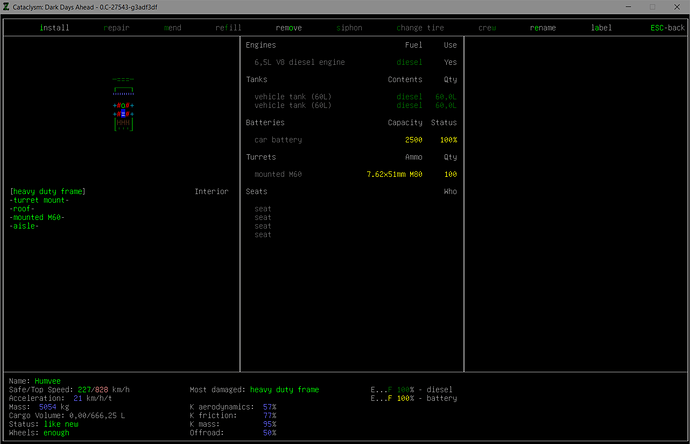 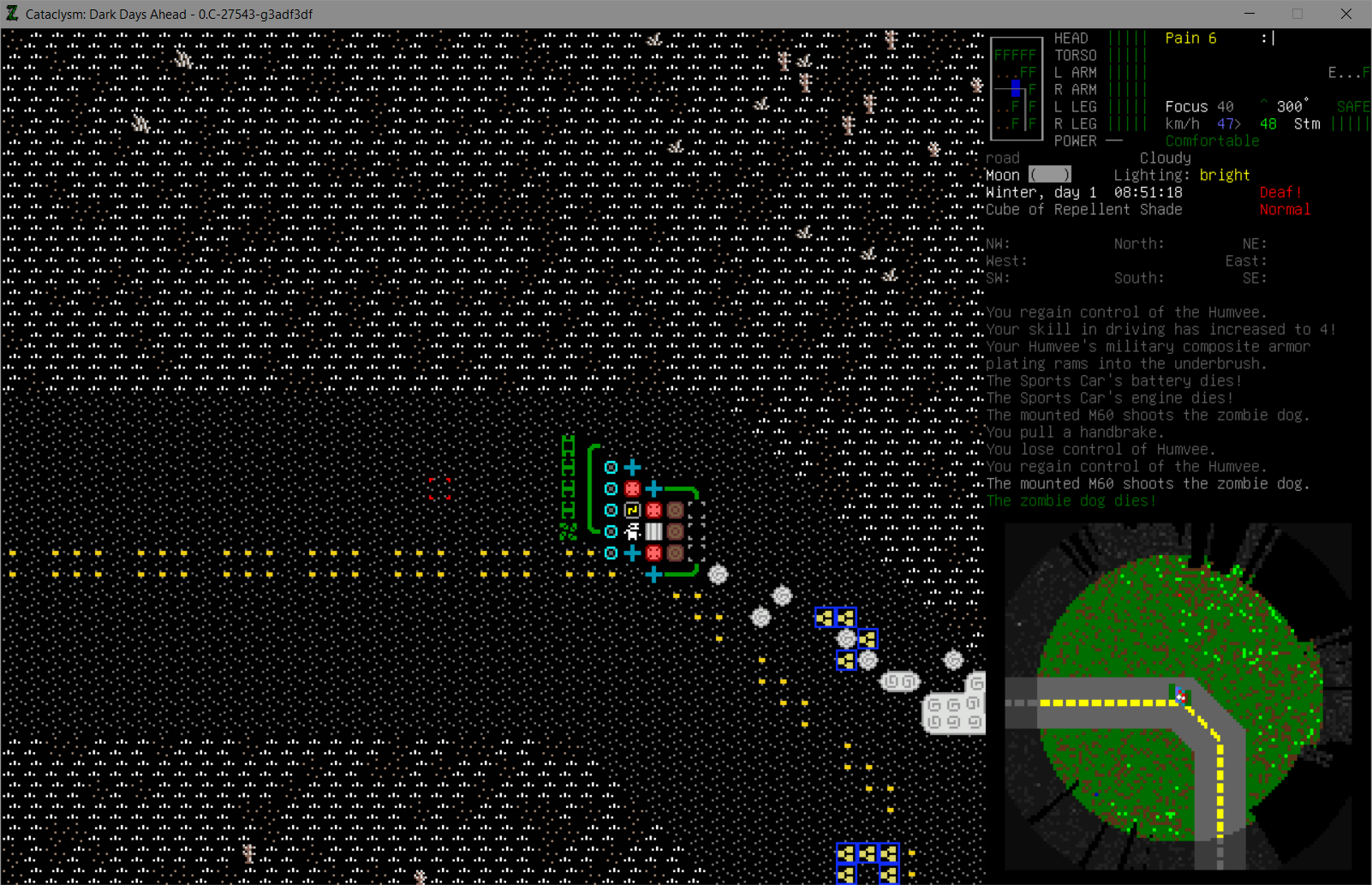 The only time I’ve ever found the Boeing XM-P Plasma Rifle was when I payed a visit to the Rat Cave, so it can apparently spawn in there too.

Okay, maybe it was just the build. None of the vehicles I’ve seen in this world have had any turrets, with the exception of the Tank Gun I found on a singular tank.

Okay, I’m still spawning vehicles and nothing but Tank Guns are spawning. I’m starting to assume this might be a mod interfering with vanilla instead of a vanilla problem, however.

@trelatyraelis does Ascension mod use turret mounts yet?

It seems not. Which is why I’ve gone on a crazed quest to find the last pieces of the altar.

Do Acidic Ants mean an Anthill is nearby?

What mods are you using?

Straight from my mod file.

Quick question, is the Turret System from Blazemod or is it from vanilla?
Because I’m trying to mount turrets on my Deathmobile and I’m hella confused. I’m not even sure what’s required to even mount a turret, or why I can’t mount A7 Laser Rifles anymore…

Unless it was changed recently blaze mod adds the turret mounts which is really just a fancy battery case that is up armored and harder to craft.