Newbie modding question about how to property layer custom muations

Hello, I’m been making a mutation mod in the json files. When I got to making the sprites I used Alternate ear graphics and copied how they formated their overlay for mutations. Things were going well, until I made a new mutation for birds called iridescent feathers. 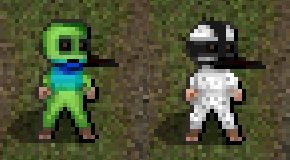 The beak was going under the feather and I could find out what changes the layer orders of the mutations so the feather goes under the beak like the one on the right which is the normal feather. I’m hoping that someone here might know how the layers for tile mutations works.

After making an entirely new mutation, with all new sprites, I found that when applying a new mutation the newest mutation’s sprite is placed below those of older mutations.