I was just sneaking around the first mansion I’ve visited and I found a corner that is missing a door. I had to break a window to get in. 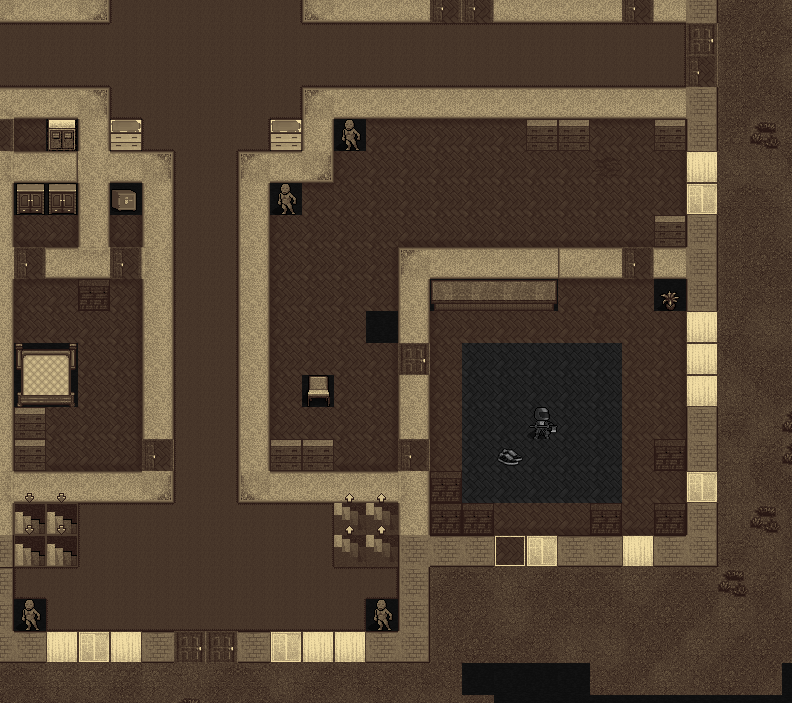 Have you checked for secret doors? I found mansions sometime have, specially in the basement.

I did do a quick check round, I didn’t smash every bookcase so it’s possible there’s one behind some furniture.

You can use the map editor (your debug key, then m, then M) to quickly check the wall ids if you don’t feel like smashing everything

Anyway, a lot of smashing happened but there were no secret doors.

There are quite a few secret areas in the game with no entrances, you’ll be surprised what you find when you get your hands on one of those see through wall artifacts.

That’s common with mansions. I don’t know why, probably just the complexities of coding large structures to fit together. Or maybe it’s intentional, because it has been a thing for at least since I started playing, and that was a few years ago now.

It’s definitely a bug. Mansions do have secret rooms but they don’t look like that. I’ve seen this bug a few times already, but usually it happens to me on 2nd floors where I can’t just break in through a window