About a year ago, I got bored with the cataclysm and left it, but nothing lasts forever.
And so I downloaded 0.F-3, I decide to start like in the good old days inside the laboratory as a bionic soldier.
At first everything went as I remembered it:
•zombies are few
• I was able to find a way out very quickly, locked, the turret did not have time to kill me and I destroyed it
•the ability to put bionics from the start
But very quickly I noticed significant differences. There are a lot of bionics, mutagen and barracks storages (4 bionics storages, 3 mutagenic and 5! barracks on 5 levels of the laboratory)
looks very generous. even too much.

but here’s the problem-the only way I could escape was to get to the very bottom of the laboratory (as I later found out), single-handedly kill 5 security robots with firearms, only then pick up the scientist’s card and escape.

isn’t it too difficult for a player who decides to play as a mutant? how to destroy 5 (!) robots capable of killing a player in 1 shot, if it is impossible to crack the arsenal by breaking through super zombies, to create a strong enough weapon, too, and food is running out?
the only thing that pleases me is that I didn’t have to fight an enemy scarier than sentry robots, robots could be lured out by 1 and immediately killed, but isn’t this too much again for a simple mutant?

I dunno if this still applies, but one of the more classic ways to do it is to make dynamite and blow open a hole into the reinforced concrete upstairs.
Advanced physical chemistry should spawn down there, I took a look and apparently if you make formic acid you get glycerol as a byproduct which is needed to make dynamite.

To get past the turret is another challenge, if you don’t have a gun, next best thing to do is to toss home made explosives at it.

If you cleared out the place you’d have to be rather unlucky not to kill any scientist who had a science ID card. However, ID cards are now stored in wallets, and wallet content is hidden by default. If you’re carrying such a wallet the game knows that you’ve got a card and allows you to used it, even if you haven’t examined the wallet yourself.
Thus, look for wallets on killed scientists.

I counted all the zombies:
8 zombie guards, 1 zombie plant (I do not know where it came from, it just existed there) 10 zombie scientists (I checked and rechecked, they HAVE NO WALLETS AT ALL), 5 spider robots, 3 super cyborg zombies, 5 zombie soldiers, 3 ordinary zombies, 6 robots with Guns, 1 turret, micus (I burned it) this is all that inhabited the laboratory, or rather what I killed trying to survive (I did not climb into the cyborg holding cells).

and the only scientific map lay in the very core underground of this complex, next to the apparatus for applying diamond coating on things 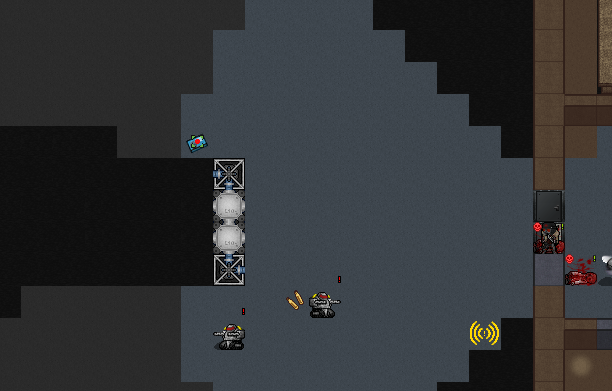 I’d say you were unlucky, as I’d expect a little over one card on that many scientists, and probably about two wallets.

Whether it’s hard/fair or not, that’s very much subjective: should a new player be starting a game in a lab, which by default isn’t the hardest, but definitely not within the easiest category either? No, by any means. Much less if the player just chooses the challenge but then neglects to choose a specific spawning location within it.

But as outlined above, there’s always a way out: either a clean way out via a card or a messier way out via blowing up a wall.

Should also add that you can always try and increase your “Devices” skill, disable a “teleporter” trap, set it up near a wall on ground level and hope RNG teleports you out of the building. Probably a good idea to have 2 of those so you can go in and out at your leisure until you can open the door.

As i remember teleporting trap give you bad effect that can give you fungus parasite, soo thats not need. Also i killed allmonsters and fully controll big laboratory, all what i now need-food

Getting a fungal infection through teleporters, or really any bad effect is pretty rare in my experience. Then again, training your devices up to actually disarm and pick up the device is the main bottleneck and not usually worth your time. It’s much easier to scavenge through wallets or make bombs then it is to tediously disarm slime traps or whatever.

In any case, I was able to get out (my God, I had to cauterize my wounds more than 30 times), and having decided to crack 1 of the barracks, I stumbled upon a tank drone. I even had a question about how rare they are in laboratorues 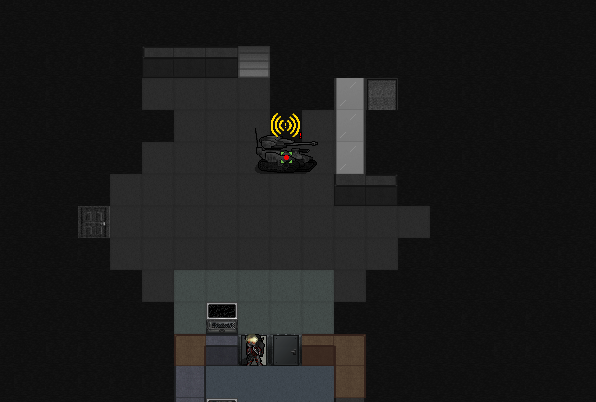