Is there any way to remove liquid off the ground?

I know the mop is used to remove blood and guts, but what about various liquids like gasoline, diesel, alcohols, etc? shown in image 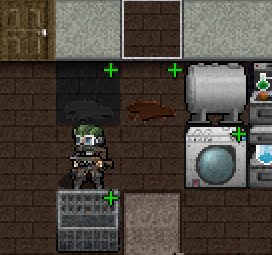 I’ll use debug if I have to, I just want these liquids out of my base after they somehow lost their original containers. (in winter)

Have you ever tried to use mop on these liquids? Mop can be used to remove all liquids from the ground.

I gave it a try, it seems like only one liquid could be mopped on each square.

Is this a bug?

Remove the horseradish from the tile liquids are spilled on, and try again.

Can’t pick up/move the horseradish cos its a liquid, but I spent some more time playing and tried to mop the liquids up again, and for some reason after sleeping: 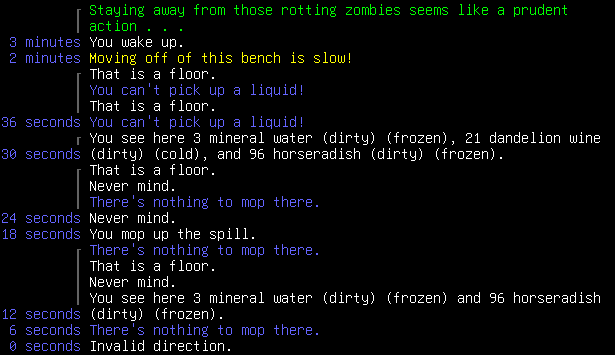 Seems like a timer situation? I’ll keep trying to mop the liquids as the days (ingame) pass.

Have you tried mopping the spills up when they aren’t frozen?

perhaps put a brazier on it and light it…

I was actually going to suggest using fire. I know water on a tile essentially acts as reverse firewood, gas burns as well, so the brazier option may be your best chance if the mop isn’t working.