I made a mod to remove Zombies specifically 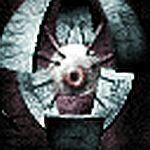 Contribute to iamlcarus/nozombies development by creating an account on GitHub.

But, but why? You’re ruining the game with such heresy!

Next up we’re adding creative mode, everybody!

Creative mode isnt a bad idea though, i was thinking of a mod that replaced all regular zeds with the feral variants

I like the other monsters, but sometimes the zombies feel a bit dumb and cliche.
I know one of the major shticks is that every apocalypse is happening at once, but still, a zombie apocalypse just feels very overdone.

Did you replace them with anything? Or did you just remove the mundane zombies

Why did you add ‘mundane’ in there? I’ll never play this mod since it seems rather stupid to me (no offense creator) but I highly doubt it just gets rid of zombie zombies. Zombie brutes, fire fighters, shockers, feral runners and all that have a 99.99999999999999% chance to also be gone due to the labeling.
The idea of this mod would be ever worse (to each thier own) if it just removed the utmost basic zombies.

All zombies.
I figured if people wanted more of a challenge they could up spawn rates so other monsters are more common.

I’m not entirely sure what you’re wanting.
If you want no mundane zombies, I might make a separate mod to do that instead.

Just let him make his mod

To all these rude people saying your mod is stupid. It’s not, I wanted to play a more Lovecraftian apocalypse and this mod is perfect. Thank you man.

I’m interested but afraid it would be too easy with no zombies. Can anyone who’s tried it say if there’s settings that give a decent amount of other enemies? Does the game fill in the gaps automatically?

too easy with no zombies

Can anyone who’s tried it say if there’s settings that give a decent amount of other enemies?

I didn’t tried it, but dug into it… It only removes vanilla (core) zombies, so the modded zombies (like PK’s rebalancing) are not affected by this.

Does the game fill in the gaps automatically?

Been meaning to suggest a series of mods that removes specific types of enemies. one that removes all insects and arachnids(or each group individually, whatever) one to remove robots, one to remove Triffids, one for nether creatures, so on.

This could be a great scenario mod, maybe add a lot of NPC’s so it could be like some sort of “Everyone has gone to rapture” scenario, where the earth is more or less just a pre-hellscape full of choices of kill or be killed by NPC’s.

If I was good at modding, this would be the perfect mod to work with a brainchild of mine I was thinking about: “The Hottest War”, which would be a pre-cataclysm (So you would still have some people around, with normal robots), but also set in a WW3 scenario of war-torn New England.

Too bad I am definitely not patient enough to code/learn to code for such a strenuous process for something like this.