so i’m like 3 months in to this Awesome game and i think i got most of the gist.

But i seem to have a problem with encumbrance. i get a -5% penalty torso and no idea why. even on 0 encumbrance. biotics? mutation? no idea. heres my cry for help! 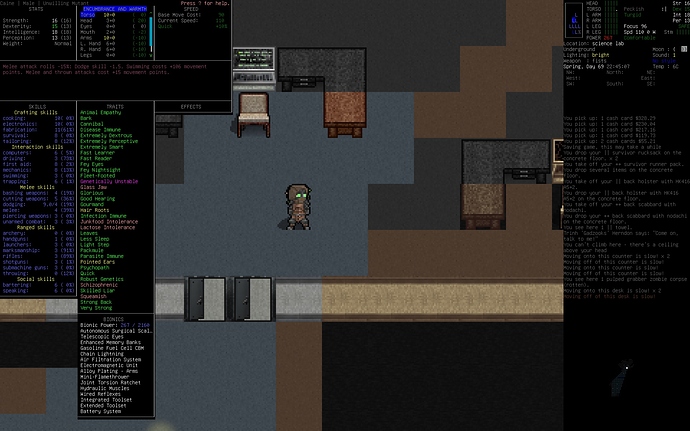 I am not sure, though I am a little confused, you say it’s a 5 point encumbrance with absolutely nothing equipped? You screenshot shows you still having encumbrance on various body parts, so I take it you’re still wearing some clothes. Perhaps try to capture one where you have dropped all items on the ground and stepped away from them? I mean, if you still have it the only thing I can think of is one of your mutations or bionics, but I can’t tell which one it could be.

hey man thanks for the repay!

if u look at the description, it says -5 to attack rolls movement and such. as if i was +5 encumbered 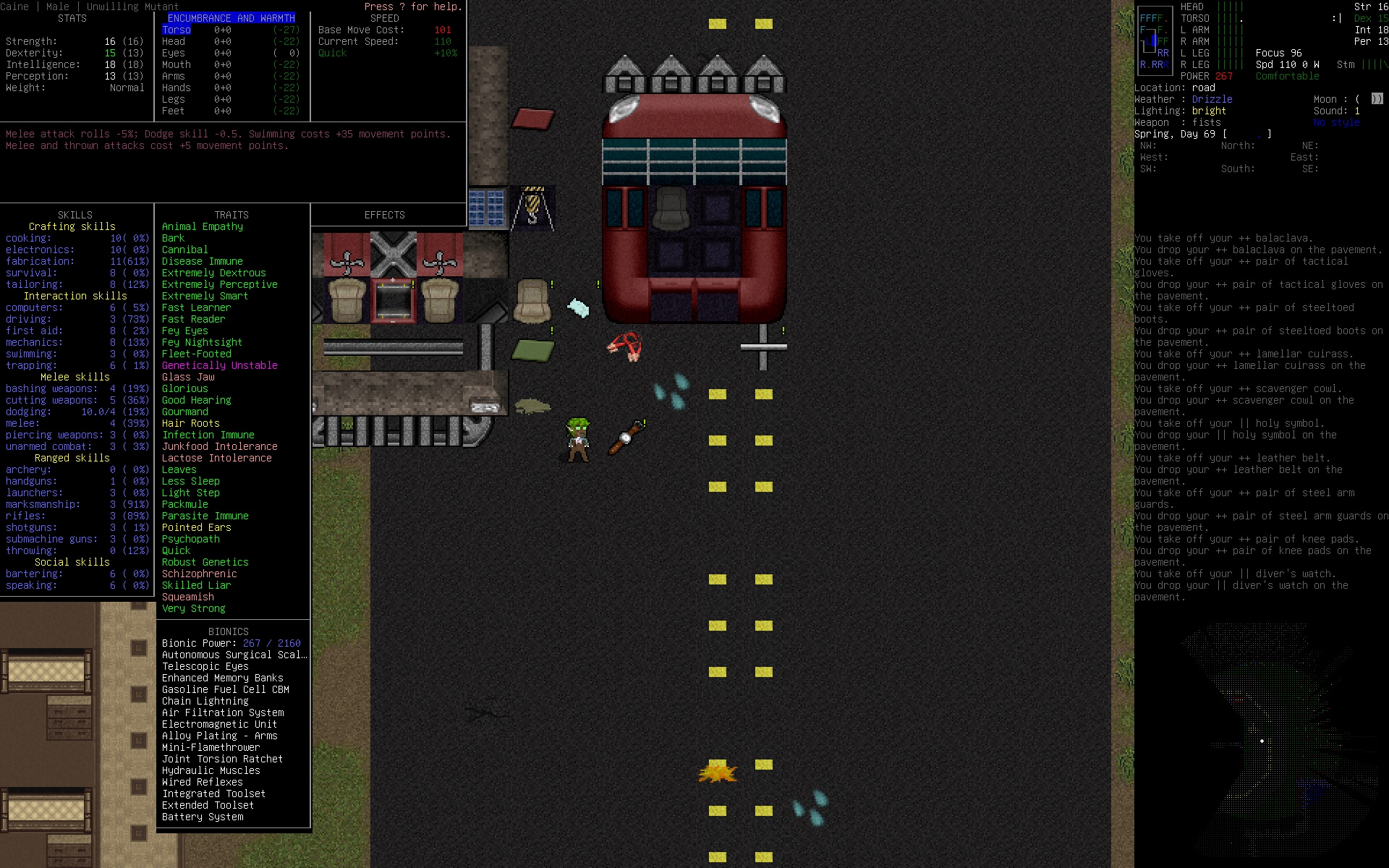 Interesting, checking my own save file and taking everything off myself, I have the same malus to my torso effects as well, though starting a fresh character finds that the malus can go right to 0. My suspicion is it has to do with a bionic, but I’m not certain. More testing!

One of mutations or one of the bionics.

I think i got it, saved my save file and removed all my biotics, it dropped to 0. i think its the gasoline since it adds 5 liter of liquid

it doesnt say that on the info tho

You are 100% correct, Teh_Overmnind! Looking at data/json/bionics.json shows that the Gasoline Fuel Cell is the only positive CBM that introduces an encumbrance penalty. It is a little odd that it is an outlier in that regard, as no other CBMs do that.

Awesome thanks for the help. gonna miss that gaso, one of the biotics i really liked

The shotgun arm one should too iirc.

Right you are, crazykiddeath. It would be nice if they made mention of that, but… a little bit of encumbrance really isn’t that harmful, and compared to wearing a full backpack or other looting gear, I’d personally say it’s worth the very potent power density. Much better than having to run laps with joint torsion!

joint torsion really sucks i admit. i just have it on bc “why not?” u know. Tho i just got back from raiding a lab and got me a Battery system. so it looks like i wont need it as much.

I’ll have to say that that bionic is really awsome tho, sad to see it go