Have vehicle mounted laser cannons been removed from the game?

I crafted a laser cannon from a fusion blaster arm CBM but it isn’t bringing up the option anymore to mount it on a turret, In fact most of the formally mountable guns seem to not be an option anymore, is it a bug or deliberate? 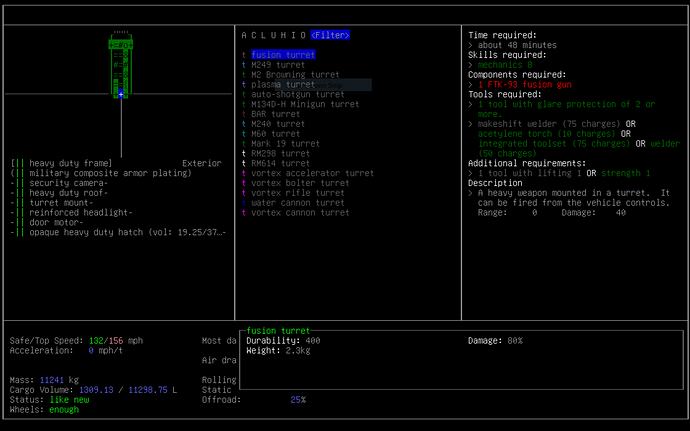 If it’s intentional the description might want updating since it still describes the firing mechansim requiring support.

edit: Or did I forget to add the mod (and which mod that is) that adds them in

I liked being able to change it into a turret too, I know it was supposed to get updated recently but honestly, you could make it one shot a shoggoth and I’d still never install it.
It can still be turned into a laser rifle I guess but at 250 energy a shot it just isn’t worth bothering with (imo).

Do you have blazemod installed?

Not on this run, was it on a mod after all?

More or less like Cobra’s psychogun. Google the anime. 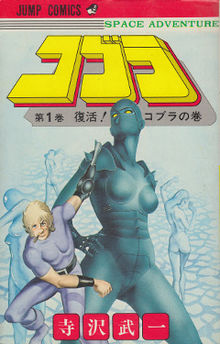 Cobra (Japanese: コブラ, Hepburn: Kobura) is a Japanese manga series written and illustrated by Buichi Terasawa. Set in the far future, the series tells the story of Cobra, who lives an adventurous life until his enemies begin to hunt him down. Cobra surgically alters his face and erases his own memory to hide from his foes and have a normal life. Eventually, he regains his memories and reunites with his former partner Lady Armaroid. Terasawa devised it as a mix of spaghetti western and samurai st...

I’ve never played megaman so dunno how powerful that is but considering the weapons you have to give up to use it I’d want it to be able to one/twoshot a mini tank at 60 tiles for me to even consider it.

In the games from megaman, one of his hand/arm transforms to a blaster while shooting, reverting back to a normal hand for everyday use, so if it was like that in cata, we could still have 2 functional arms/hands

That would be pretty cool, if bionic limbs are ever a thing it would be nice to see something like that as a high end drop.

Cobra predates mega man. Cobra was most likely the inspiration for megaman.

This was part of a mod i’m almost certain.

I just tried to added it and it turn out I do but it doesn’t show up in my mod list, weird stuff.

Well, most turrets that I know of are indeed from blazemod.

no clue which mod it’s from (personally i use a lot, almost anything functional with sci-fi content is a yes) but find the mod that adds the ionic overload generator, then when you find one you can forget about the pathetic wimpy excuses for a half assed megaman pea-shooter once and for all, i think i found one monster that survived a single ionic overload generator shot, but i’m not positive.

it’s so good i had to stop gifting them to myself, it was trivializing the game.