I was pondering whether to make anvil crafting not require lumps of steel specifically, due to the fact that this makes welding goggles essential to boot-strapping metalworking unless you get lucky.

But then I pondered if a low-tech option was viable. Some looking about has suggested that hard stone, granite especially, has been historically used as a striking platform in place of hard steel.

First video I could find demonstrating this: https://www.youtube.com/watch?v=J7nzmhFwGoM

However, I would like suggestions concerning implementing this. I assume it would be constructed, possibly mid-high level requirement, but how high? What skill, construction or something else?

Beyond that, it might not be logical to add it in unless we had large chunks of granite as an item, in place of just using generic rocks. Either way, would it be acceptable as a mainline addition, or should I perhaps dump it in More Survival Tools? Adding content via mod is generally more acceptable if it would be questionable to have as vanilla content.

While I could implement and PR it as easily as I could simply changing the recipe for making regular anvils, I figured asking for feedback would be helpful here.

As per your post in the what’s happening thread–

For bootstrapping a metal industry many people today don’t actually use a traditional anvil like you’d see or think of in a blacksmithing shop-- even as you see in the video you’ve posted, they’re just smelting a simple bloom of iron, a method you’d see in the middle ages or so and then sticking it on a rock.

Many hobby blacksmiths simply use an anvil-like object, such as a section of metal railway track or a steel I-beam-- it’s good enough for most tasks although admittedly you’ll probably have problems with some detailed stuff due to the lack of a horn or specific holes.

Honestly as it’s been said we don’t have large rocks at the moment I’d go with something like the current well construction-- say 20 rocks + Cement, plus some steel plating just for the surface. That’s literally all you would need. However as we’re trying to make simpler (and finding cement will probably be a PITA)—

I don’t see why we can’t just use something like a steel frame + steel plating.
Both could be torn off a car in cata fairly easily and made without any of the metalsmithing stuff aside from a welder.

It wouldn’t be a true anvil but it would be more than close enough for most things. 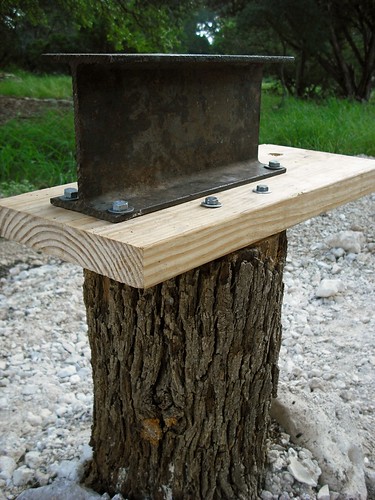 Pieces of an engine block or most other heavy pieces of machined metal with a flat surface would do the job adequately.

So a steel frame or similar, might be one way to go about it.

I do wonder if we could use other binding in place of cement, if we’re going with the idea of well-style stone anvils.

One other problem I can see is a lack of “anvil quality” that would allow separating the simple tasks from the complex stuff we’d need a real anvil for. Though that’s one good reason to leave it as mod-only content.

I know what you mean, but there really would be little difference IIRC. So much so it might even be worth just adding the different crafting method to the actual anvil entry, although if any metalworkers, blacksmiths or the maker of the metalworking system wants to chime in it would be helpful.

The main points to the traditional anvil are the step and horn-- which allows you to bend say a metal rod into a curve and the various holes in the anvil for stuff like swages-- although banging a hole in a piece of metal to allow some swages shouldn’t be that hard I think?

I mean people have even turned sections of I-beam into proper anvils before just by bending the front section into a horn and welding some extra metal on top.

Anything to make the metalworking system more accessible is worth it in my book.

Hmm. I do wonder then what would be the most efficient way to go about this, then. I do like the idea of an anvil alternative, but just adding more options to the anvil recipe might be better.

What is it at the moment? Just something like 4 lumps of steel welded into shape?
Adding more options should definitely be possible.
We could use a third opinion though.

[quote=“Iosyn, post:6, topic:10791”]What is it at the moment? Just something like 4 lumps of steel welded into shape?
Adding more options should definitely be possible.
We could use a third opinion though.[/quote]

Let me check. I think it’s lumps or maybe a vehicle frame of some sort. Adding chunks or even scrap metal might be viable ways to make the recipe more accessible.

Well honestly as long as you have a welder you can scrap cars and metal frames into lumps-- but wait 40 lumps? sorry to ask but can you get the weight of that? I’m not sure we need so much metal. There are mini anvils that weigh about 20kg I think.

Will check the weight on this, yeah. Does seem a tad huge.

And hmm, might be a viable alternative, though if you have a welder, your ability to jumpstart metalcrafting is way ahead of if you only had the raw metal and woodland resources.

EDIT: Holy shit. Turns out that number of steel lumps is correct by weight. Anvils in Cataclysm are apparently the heavy, toon-flattening kind.

EDIT 2: I’m thinking the easier option might be to add chunks of steel, steel frames, and heavy duty frames to the recipe.

54kg? That sounds about right for most uses in cata.

Most anvils seem to fall within the 100-150-200lb area (so about 45-60-90kg) and the problem seems to be mainly one of stability-- you want to make sure the anvil and working surface is stable. 100lb anvils would be considered portable I think?

So say 2 steel frames, some steel plating and a log, since what you really need above all else is a stable base.
Tools… Welder + hammer, or for innawoods characters… I don’t know. Hammer + crucible + fire?

Hmm. Not sure yet, but for now I’m simply adding to the list of options to melt down for it, as can be found here: https://github.com/CleverRaven/Cataclysm-DDA/pull/13889

Welding-based, long and such methods might need to produce a separate item, or at least use an alternative recipe. Assuming we don’t flesh the existing recipe out so that the logical need for a flat surface becomes the focus of the recipe.

What about adding in a blacksmithing quality? That way you can have anvil tiers and a reason to upgrade once you get the tools.

Possibly, though at present that might be work for another day of PRs. >w<

This probably works better anyways, because it gives alternate recipes to fix the goggle issue without changing the whole system.

I kinda like the way it is now. Getting an anvil is an achievement that signifies your graduation from relying solely on what you find to someone who can make what they need. Personal I consider myself to have entered mid-game once I have assembled a complete blacksmith tool set(now there’s an idea for an item)

Possibly. I do suspect that adding to the selection of metal usable might be a less objectionable change than makeshift anvils, though.

Why not just have the rare ‘boulder’ as terrain out in the wild? Players to sculpt it down to a flat surface with sweat and a chisel…or wreck their vehicles ramming into it!

Oh god that is tempting. XD

Why not just have the rare ‘boulder’ as terrain out in the wild? Players to sculpt it down to a flat surface with sweat and a chisel…or wreck their vehicles ramming into it![/quote]