Now I don’t think this here’s a great idea, personally because I know it will involve some effort to get it to work, but I wanted to throw it around to see what the reaction will be. To the point, what’s everyone’s view on a family start?

Something that attaches to a “Family Person” profession when customizing and comes in a variety of states to cover all the types of families you’ll have. Like, lone parent, adoptive parent, big family, small family, dating, etc.

It would essentially be like starting off with companions, but with specific dialogue to emphasize their relation, unique quests and maybe even special traits between your character and them. Something that will trigger different reactions depending on the state of the family. Like losing your girlfriend/spouse will leave you feeling depressed for a good long period, dialogue will change in family characters if certain family members perish.

But like I say, there’s a lot of tricky points I find this could present; Such as the need for customization elements to cover potential variations. Some new ingame mechanics and a series of unique quests chains.

I like the idea. This would make the apocalypse so much more personal and dramatic. As far as I know, there are no children npcs in this game, but caring about one would create yet another level of immersion.
Overall, adding deeper relationships between people would be a good step forward.
Dwarf fortress, rimworld are good examples.

I can see dynamic relationships working 2 ways. Either with any eligible randomly generated NPC, which will have the option to create a relationship; Plus a trait that will attach to both you and the NPC.

Or unique NPCs, which would be better fleshed out with the same associated traits.

NPCs need to be fleshed out a bit more before we get to that point.

Currently, they can not drive and only have limited interactions with themselves and the world around them.

However, from visiting the github, I think some progress is being discussed. 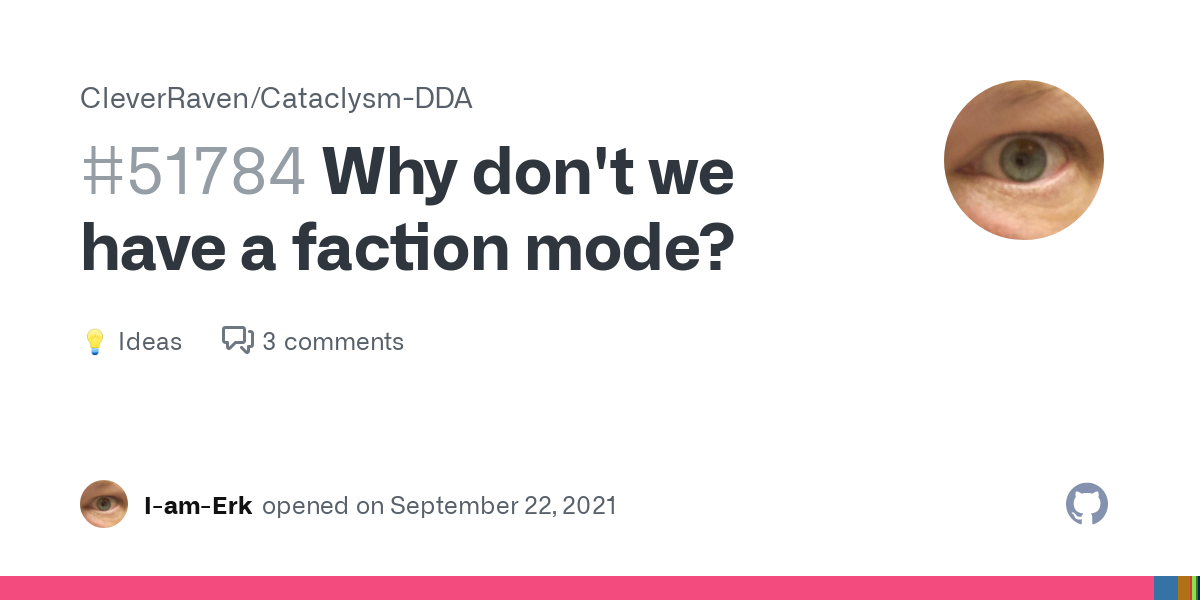 This is an issue/project I am in the process of writing. Thought folks might enjoy reading it early. Problem One of the most enticing and still-lacking features in this game is NPC interaction and ...

As far as anything “questionable”, I say if someone wants a virtual post-apocalyptic waifu, let them. As long as we don’t get into biological functions, I am game.

I think this idea has good bones and could be expanded to include organizations. Maybe you were part of some crime group that survived? Maybe it wasn’t you and one other survivor in the evac shelter, but a handful of people. Maybe you’re part of a military squad that got separated from your unit- ala helicopter crash start.

Each NPC in a given group could be pulled randomly from a given role and then their personality and dialogue randomly decided from a set of predetermined personalities.

This way in your squad it’s not you and 3 cookie cutter NPCs- sometimes you have a grenadier who’s cautious, a sniper who is merciless, and a private who just wants to get back to their family. All of this versus a machine gunner or corporal with a different personality. Each start may have a different group comparably.

I like the idea. It be like a quick start scenario to setting up a survivor camp instead of having to finding additional survivors with each new playthrough.

This! This is awesome, even thinking about it. I felt like I played several playthroughs of your idea about being part of a group. If the NPC system progress, I’d love to see something similar to what you just described.