So awhile back someone mentioned something about how reloading in CDDA works, something to the effect of manually loading the rounds into the mag and then loading the mag.

Which would explain why reloading takes such a long damn time, but he also mentioned something about how the spare mag mod fixes this, which brings me to my idea.

It’s explained that the Chest Rigging has pockets for clips and the like. Other things Tool belt, Utility Vest, etc anything with easily accessible pockets & pouches really also could be used (in theory) for holding spare mags. I’m not sure how one would go about doing this but allow the assorted clothing articles to be activated (in the same manner as the Boots and Knives) and then loaded with a specific ammo type, sacrificing it’s volume to hold “Magazines” (or in the event of loose rounds EG a shotgun or revolver) and decrease reload time, allowing the player to pull a mag from their pocket and slap it into place rather than eject the loaded mag, stuff rounds into it, and then reload. 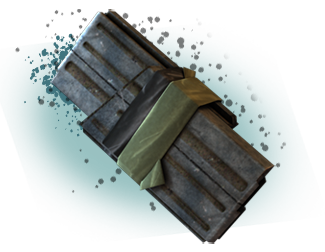 Forgive the CoD stuff but it was the most obvious one I could find.

In reality you’d need two of the same mag to pull this off but I don’t think people would enjoy that much complication. That said a player would be able to ‘craft’ this kind of mod as well. It’d be nice if we had a few more mods we could craft rather than just hope we find.

So there it is, albeit a bit scatter-brained. Thoughts?

But wouldn’t you still need spare magazines or clips to keep loaded with bullets? Otherwise you would have a tool belt full of loose bullets.

While ago in forums there were ideas of being able to tailor “dedicated pockets” to clothing, they provide faster access to items, reduced volume (due better organizing) and slightly reduced weight (due better weight balancing) for the items in these dedicated pockets. Each pocket sewn into clothing would reduce the clothings “general volume stat” by amount of (reduced) volume that one item takes.

Kevlar vests the military use has mesh on the front specifically designed to allow attachment of pockets for magazines pouches, grenades pouches, and military specific items. The LBE (Load Bearing Equipment) which is the Chest rig in game, I think, is the same way.

Just found something at random online with the the pattern that exists:
http://militarygear.com/blackhawk-cutaway-cordura-lined-tactical-armor-carrier
The horizontal stripes are just there for show. The attachable items will have horizontal strips too. Place them off set and sew a snapable strip between them and the item is attached to the armor and will not come off until you want it to. Not describing it well, but you pretty much have to do it once to understand.

the current mechanism didn’t really make sense to me, loading a magazine while on the run doesn’t sound like fun to me.

I propose the ability to complicate things by requiring magazines to be found.
spawn them in gun shops, LMOE shelters, Police Stations, and Military facilities, as well as a tiny chance of finding the “standard cap” mags in houses and sporting good stores.

without one, most semi autos will be required to fire 1 shot at a time, with a moderately quick reload. (putting one directly into the chamber) Some weapons can also have needlessly complex and pointless magazine safeties, which don’t let you fire without a magazine. heck, make it so with a high enough level in firearms, mechanics, and the type of gun, to remove a magazine safety.

Hell, while we’re on the topic, let’s go off and get gun specific and caliber specific magazines with only limited interchangability. (No ‘banana’ mags in your pistol, pistol magazines for some smgs)

While we’re at it, why not “Cali/New Yawk” regulation “standard capacity” magazines to increase the frustration fun?

likewise, the option to either let them drop when reloading, or to spend maybe 12s (2 turns) to put them in your inventory. (we have autodrop discrimination with containers, why stop there?)

this is just an idea dump. Don’t take me seriously.

You have my supports…

But wouldn’t you still need spare magazines or clips to keep loaded with bullets? Otherwise you would have a tool belt full of loose bullets.

Perhaps, I’m not against keeping it but then you’ve gotta load a spare mag with rounds, then load it into the vest. Which might be a bit code-intense, I don’t know.

[quote=“Sharklaser, post:4, topic:3541”]While ago in forums there were ideas of being able to tailor “dedicated pockets” to clothing, they provide faster access to items, reduced volume (due better organizing) and slightly reduced weight (due better weight balancing) for the items in these dedicated pockets. Each pocket sewn into clothing would reduce the clothings “general volume stat” by amount of (reduced) volume that one item takes.

I like the idea but the problem I personally have with it is finding a balance between realism and playability. Sure, you could go out and find 12 M4A1 Mags and have to find separate mags for your AK, and Separate mags for your P90, etc, etc, but then you’re sitting on a small pile of non-interchangeable mags (Not to mention weapons that can take multiple mag types, or ones that use the same mags, hell I think the SAW can use M4 mags or the belt-boxes) which must each be loaded with specific rounds and then you’ve gotta keep track of what has what, unloading the ones you might not need, etc… And by the time you’ve got all that crap together you’re spending half an hour of real time prepping to make a run to the grocery store down the street in game.

While we’re at it, why not “Cali/New Yawk” regulation “standard capacity” magazines to increase the frustration fun?

It’s a decent idea but the problem I see is just clutter items, having a Mil-Spec M4A1 and a Civilian Version incapable of automatic fire while realistic is just extra clutter to make people’s lives more difficult. That said it’d make gun-stores less of a holy grail of weapons, though right now I don’t think they tell the difference between Mil-Spec and Civilian seeing as the RM weapons and ammo spawn in them on occasion.

I’d love to see some method for loading revolvers, (and the Pneumatic Bolt Rifle) in one quick go. As far as Stripper Clips are concerned I’m not sure the game has any weapons that use stripper clips, but that’d probably just be a reload-time adjustment?

I'd love to see some method for loading revolvers, (and the Pneumatic Bolt Rifle) in one quick go. As far as Stripper Clips are concerned I'm not sure the game has any weapons that use stripper clips, but that'd probably just be a reload-time adjustment?

Some weapons in the game have fixed box magazines, but most of them act as if they have a detachable magazine. The majority of SKSs out there still have their fixed magazine by virtue of it having came that way, and how many there are out there. I also heard about the Kar98 style and Mosin nagant weapons mentioned as potential candidates for inclusion.

I want to support the feature, but it’ll probably be a while yet, because doing it requires adding magazines as distinct items*, and rewriting all the reload and firing code to match, as well as adding all the magazine items, including variants like standard and extended magazines, with a brief jaunt over to the item spawn code to make guns spawn with their default magazines. And then all the crap I can’t think of off the top of my head that shouldn’t be happening in the first place

Last year over the xmas break I refactored the reload code to handle spare mags, maybe this year I’ll revisit it and do it right by adding magazine items…
…
…
ohcrap, I’m gonna need to merge stuff over xmas from my in-laws house… that’s gonna SUCK >_<

*Yes, magazines as distinct items implies most of the complications mentioned in this thread, but by default it’s still going to do something like:
Hit reload:
1 If wielded gun isn’t full, and a matching magazine is, do a tactical reload. (swapping the magazines)
1a. I think if there’s a monster within the configured safe distance this will be a “real” tactical reload where you drop the magazine for maximum speed. If there is no monster in that range, it’ll just swap, which will take a little longer.
2 If wielded gun isn’t full, and there is no matching loaded magazine, pull the mag and reload it.
3 If wielded gun is full, and there’s a non-full magazine, reload the magazine.
If there’s more than one valid magazine or ammunition to use in any of the above steps, pop up a menu with the valid choices, defaulting to the last one picked.
If you want to load a specific magazine or gun, do ‘i’->pick magazine->‘r’ to override the default behavior.

So if you’re “headed to the grocery store”, you’re probably going to want to just pick up your go-to gun, its mags and a bunch of rounds, and hit ‘r’ and enter until they’re all full.
Likewise, if you hit a break in the action, and have a mix of loaded and unloaded magazines, if you just hit ‘r’ a bunch of times it’ll try to “do the right thing”.
If you’re loading up four different guns with an assortment of different ammo across multiple magazines per gun, well you might be a while, but what do you expect?

Ninja’ed: This rewrite would handle stuff like revolvers dropping casings when you reload instead of when you fire as well, since we’d actually be stuffing ammunition items into the gun.

Then you would have to pull back the slide and push the bullet in… Not fun.

Yeah, I know, man. I was just pointing out you can get weird situations like that, that have to be accounted for in the code. (you have to be able to hand load a weapon with no magazine).
I truly hope you can randomly get weapons that spawn without a magazine in them.

Fallback for loading a single round into a removable-magazine gun with no magazine, check.
Miloch hates everyone, including himself, check

I guess we might finally have mag + 1 behavior as well.

[quote=“Miloch, post:14, topic:3541”]Yeah, I know, man. I was just pointing out you can get weird situations like that, that have to be accounted for in the code. (you have to be able to hand load a weapon with no magazine).
I truly hope you can randomly get weapons that spawn without a magazine in them. :)[/quote]

edit: perhaps even further inconvenience amuse players by requiring firearms level 1 to put a bullet straight into the chamber