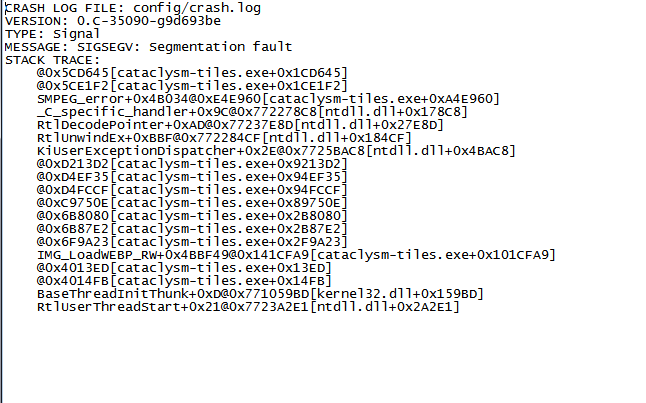 Happened when attempting to enter a Bubble Car. First of which I’ve ever seen. Happens consistently.

Can’t include the file itself, and copying the text makes the site think I’m trying to mention other users. This is the best I can do, apparently.

Just the bubble car. I have never seen one before, and I’ve conquered about a thousand square miles. 3 solar cars, 3 V12 cargo trucks, 1 alternate pattern electric sports car, 1 steam tractor, several of each type of tank, two shipwrecks, zero bubble cars. I’m inclined to think it’s a new addition that someone misplaced a zero on. 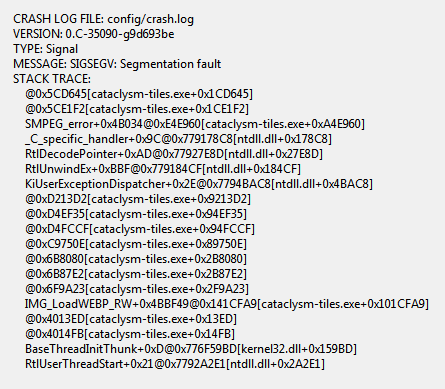 Scratch that. This was walking on wreckage. But only on part of it. Which may have BEEN a bubble car?

Nothing quite like losing an hour of progress because you stepped on the wrong part of a broken car. 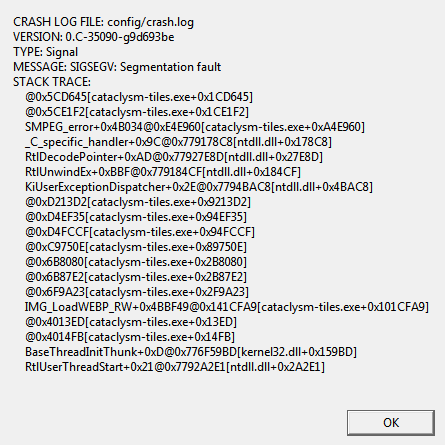 Wrecked transport helicopter. Walked on it just fine until one random space where it crashed.

These are all identical, I dunno why I keep saving them.

you got same problem as me, but i believe for wrecked helicopter it is triggered when you step on chair/interior of the copter itself.

i also got this problem and now trying to update to B271.

Well can you tell me what the part was? Because if you can then that would narrow the problem down. If it’s just a single part it may very well be a mod calling for it but you not having a dependency on your list IE:

Other mods
Mod in question

Which means you need to find out which mod is failing I’d suggest you both post your mod list.

i use almost all mod except Generic Guns, Necromancy, Salvaged robots and modular turrets, folded vehicle parts too.

it consistently happened when i found crashed copter and try to step into its interior, and right when my character step into a chair of crashed copter, “segmentation fault” error triggered.

So if it’s fixed all is good. Hope I helped at all.

thanks man, but im still looking for bugs now considering that some people experiencing incompatibility on some mods and stuff…

it is usual for games to get bug tho, challenge for developer

it is usual for games to get bug tho, challenge for developer

These guys are pretty amazing though. This game gets updated at least once a day, it’s nuts. If something breaks, you can just go back to a previous version and wait a day or two.

Most of the time, even when something does break, you can ignore it and carry on. Wish I could’ve done that in Stalker.

hell yeah, it also give me challenge to stay up-to-date with the game development (Launcher didn’t cooperate with me very well) and seeing something new and fresh on every version is satisfaction.