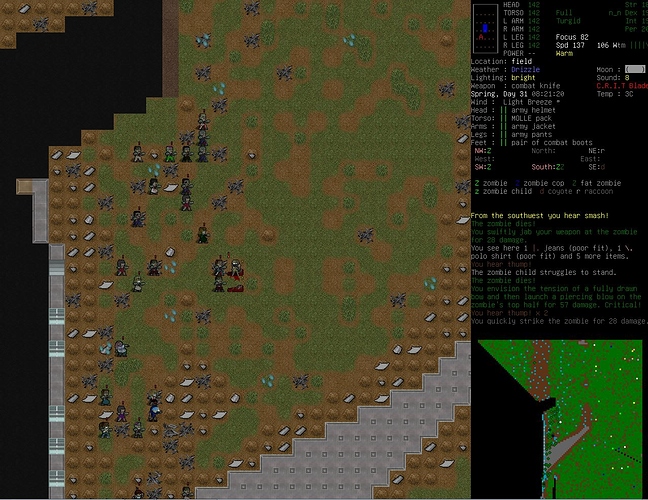 and then i came across a weird chunk of dirt full of scrap metal and wreckage, and the dirt is not random, instead it looks like something big was dragged there so i decided to follow the dirt and lead me to this amazing discovery, a Boeing plane that seems to crash-land.

this is my first time seeing a plane crash, but its not “X” marked on the map, is this new?

I definitely haven’t seen it in all my years playing. I’ve seen crashed Ospreys but that thing is huge compared to those.

yeah, and the plane is still intact and swarmed with so many zombies (usually plane like this tend to split in two when crash-land)

Emergency landing then maybe? Wonder if you can find a flight recorder and find out what happened.

it’s time to repair the plane and find Tomorromorrow Land

I’m using alternative map symbols mod, this crash gets marked as ‘A’ on my map. Your way of discovering it seems more immersive. I’m still debating if this would be a boon or a curse for an innawoods survivor. It’s absolutely chock full of zombies, but I found a crash axe in the cockpit and the cargo bay is just stuffed with clean clothes. Every bag under the rainbow and all weather gear too.

this could be reference to game “State of Decay” in which there is boeing plane crash-landed on a big farm/empty land which contains loot too.

possible, the worst scenario i can think of is somebody got infected in the plane, bite another passenger, panic attack on the ship, pilot forced to emergency land, but then its too late and everyone got infected.

I’ve seen these a couple of times, one of these days I’m going to turn it into a base 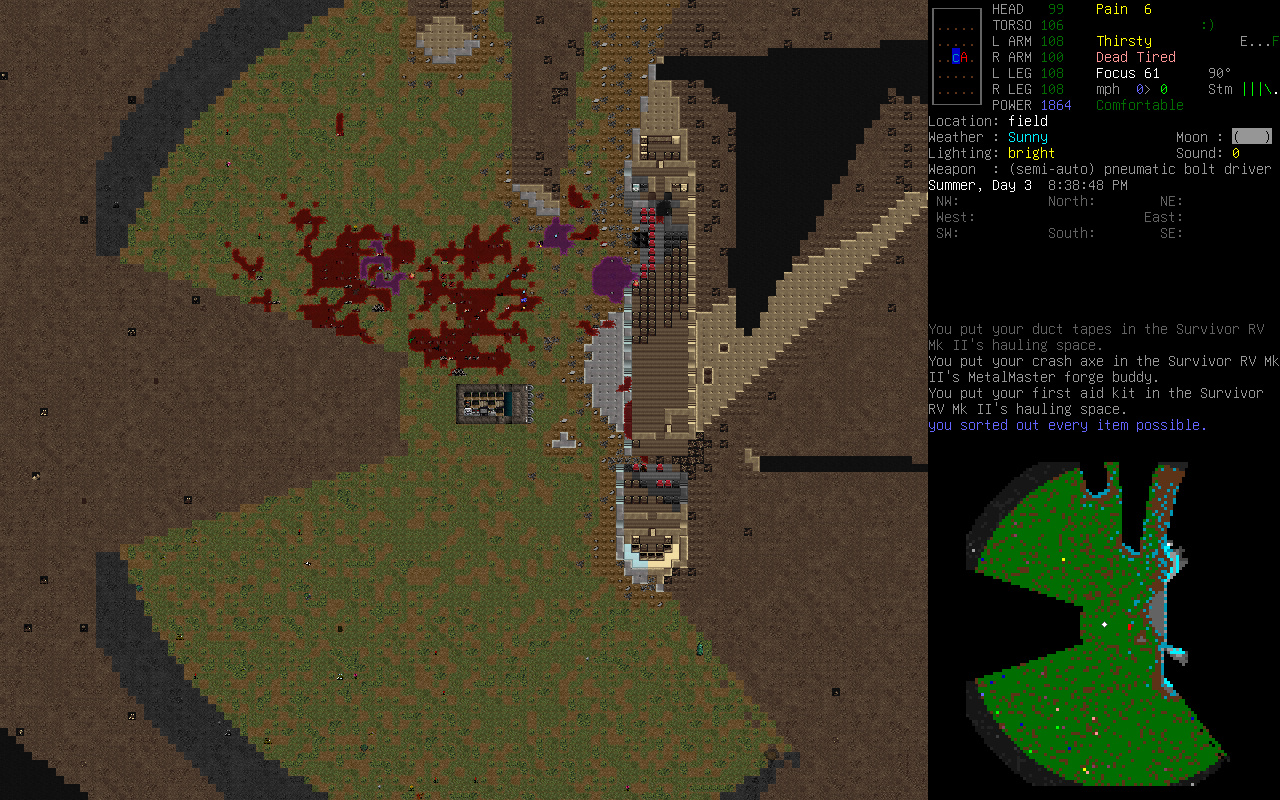 Ayy, just like “State of Decay”, making base near a crashed airplane.