Airports and USAF bases would make for some pretty cool locations to explore and loot.

Airports would be a good place to find lots of clothing and random items in the baggage, fuel, and some small amounts of food. There would also be plenty of vehicles and spare parts, as well whatever materials you might salvage from the parked planes. Lots of zombies, on par with a mall.

I don’t know about you, but I would LOVE to put one of these on my deathmobile.

The airport could be cool, a large number of the planes would probably have been in the air when things went all fubar, would be interesting have a plane full of zombies most of them seat belted in prior to take off/just after landing, who start breaking loose when they detect the player. There could be lots of the maintenance vehicles, not sure if it would be worth going there for clothing with it having hundreds of zombies

I’d expect there to be very few military planes left on the ground since most assets would have been mobilized to deal with the threat, they did start dropping bombs on places.

But if you want to make this up and submit it I just figured out how to do so on github, so might be able to help you getting started with it.

But if you want to make this up and submit it I just figured out how to do so on github, so might be able to help you getting started with it.

Unfortunately, I couldn’t code my way out of a wet paper bag, so making this myself is unlikely unless creating structures, map tiles, vehicles, and vehicle parts is stupidly simple and can be done in JSON or something.

I’d expect there to be very few military planes left on the ground since most assets would have been mobilized to deal with the threat, they did start dropping bombs on places.

Aircraft require a lot of maintenance, and the cataclysm happened FAST. I would expect there to be a few planes still left on the ground, though the USAF base wouldn’t be exactly packed with them. And the maintenance shops/warehouses would certainly contain spare parts and ammunition needed to repair and rearm them.

Structures and map tiles like buildings and such can be done in json, from what I see the vehicles and vehicle parts are also in there.

Hmm. I’ll have to take a look and try and tinker with it. Maybe I can rework the national guard base mod.

Nah, there isn’t really anything you would do to them except take them apart. There is no support for flying vehicles currently, and nothing you would want to repair that isn’t fixable with standard mechanics. They would mostly be useful as spare parts or raw materials, or to salvage their weaponry.

creating structures, map tiles, vehicles, and vehicle parts is stupidly simple and can be done in JSON

You can do it in JSON

What about item and vehicle spawns? Is that done in JSON too?

Items are handled by json, and from what I understand once the vehicle is defined you can set the spawns in the locations you make, just like with items.

I’ll say that I found creating vehicles in JSON to be tedious and difficult. I think, though, honestly, that it was just because I’m stupid. Spawning vehicles into a location after they’ve been created is easy, though.

Similarly, I found creating buildings in JSON hard at first, because I used someone else’s pallette and it looked terrible. Once you get the hang of it, though, you can churn out a lot of locations pretty quick. An airport or Air Force Base would be a large project, but I don’t think it would be ‘difficult’ per se. The learning curve is the only real issue.

I’m not afraid of a learning curve. It can’t be worse than dwarf fortress. 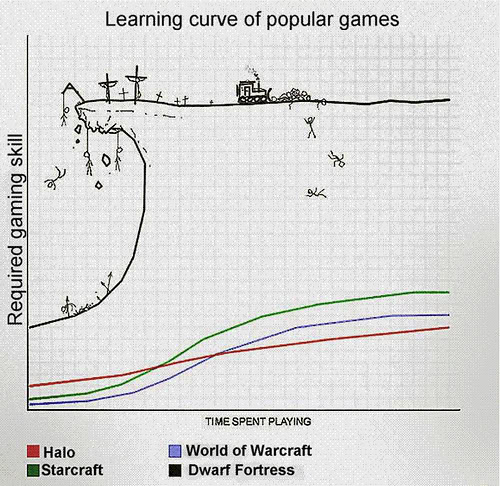 Well. There are limited numbers of airports and military bases irl. But assuming we don’t care about that for the real region. It would be nice to have such facilities as rare spawn areas. I would also prefer to see fewer spawn of national guard bases.