I’ve decided to start making a 3d tileset using magicavoxel in preparation of anyone making 3d tiles a thing, the benefits of me using magicavoxel means I can also export them to 2d and isometric 2d as well, this is gonna be a massive undertaking and I’ll be posting here with updates and feedback etc, so you guys think it would be worth it? Also open to volunteer help

I have high hopes for your work.

An Isometric CDDA makes me salivate. Something the Interplay of Fallout could give a thumbs up to

Isometric tileset was already made. Think it was the remade retrodays? Maybe. It was nifty but it was wierd how it turned the entire game 45 degrees. having to relearn directions was akward and I eventually stopped trying to play iso.

Bobdole44
An Isometric CDDA makes me salivate. Something the Interplay of Fallout could give a thumbs up to

There are already a couple ISO tilesets available, chestholes and hodders i believe (they have the iso tag)

LitppunkPatron
Isometric tileset was already made. Think it was the remade retrodays? Maybe. It was nifty but it was wierd how it turned the entire game 45 degrees. having to relearn directions was akward and I eventually stopped trying to play iso.

Yeah, the iso isnt so bad when i last played, though it made navigating the map a pain, What im doing is converting a tileset into voxel 3d, and the reason im using magicavoxel is because i can do all 3 with less work, just 1 model and i can export into a 3d model, 2d sprite, or a 2d isometric sprite without having to redraw anything, plus magicavoxel is very beginner friendly (basically playing with lego easy) so anyone can jump in and change anything they dont like or add to it without much experience.

Also Im going to start with terrain and furniture i guess, still havent decided on a character style i want yet.

wow. That could come out looking really nice! I mostly meant that you might be able to pull off of the old iso, or build off of it / update it to have textures for newer items, but it looks like your making an entirely different sort of iso, so… never-mind I guess XD

I found this cool setting!! it rounds the edges of the cubes and blends them together nicely. still working on the character models im probably gonna need to make it bigger 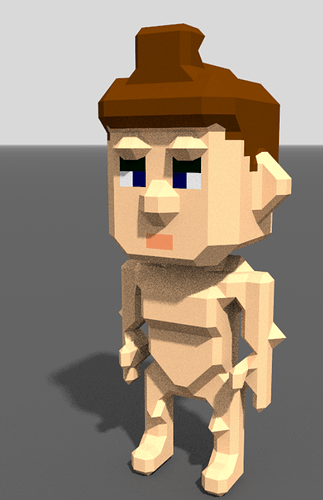 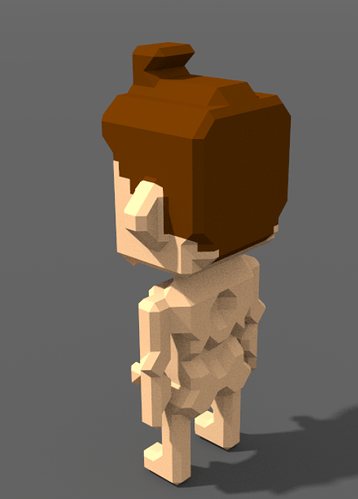 I got a little carried away, can you guess the profession xD 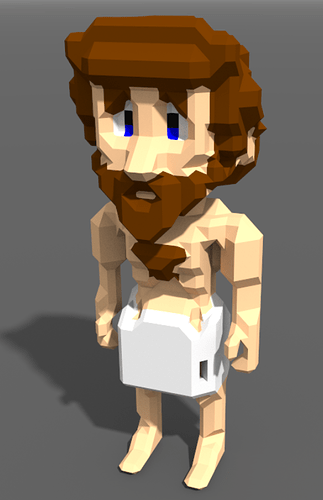 That sharp stove is a sexy beast! Not keen on the blurry version though. Hurts the eyes.

which one is the blurry version? they are all they same model just exported differently xD though the 3d version is a screen shot of the render.

3rd one down. Just before the male. That looks crispy in the dark.

ah, the isometric one, i havent figured out how to adjust the export angle for that yet though im sure you wouldnt notice it ingame since it would be smaller.

I definitely wish you good luck. I really liked the previous voxel attempt. Glad to see another attempt! (And a nice start, too. Cant wait to see voxel shoggoths and jabberwocks)

I finally realised 100% what you meant, the first one is the 3d version which is why it looks smoother lol the third is an iso export

I learned a few new tricks and that I can import a 2d image into magicavoxel which will save me a ton of work on the things I find less interesting to do (terrain xD) I’ll upload some more progress pics later I made some more furniture variations.

EDIT showing off some of the models with the isometric export view,

What is this ‘isometric’ that you speak of?

its a camera angle that can make 2d look 3d or can be used with 3d, like fallout, ultima, project zomboid etc

Ohhhh, I get it. This seems like a cool idea.

Do you know Goxel? It is free software and it needs less computer to run.

I’ll check it out and see how it feels, I’m not worried about computer specs though I have a pretty high end rig.