Would be it possible to create a backrooms-esque infinite generated map?

Would it be theoretically possible to create a infinitely generated map created of indoor rooms? I was wondering about it would an interesting challenge both from a modding perspective and gameplay perspective, like an infinite Ikea, especially since not only is food to plentiful but also because some people think cars can make combat/travelling “too easy”. Playing inside only would make resource conservation more interesting since there would be no natural resources and non-snack foods would be difficult to come by, but combat would also be more challenging since running away would be much more difficult.

This is a very interesting proposal. I would say yes it definitely is possible with mapgen hackery. Would be fascinating to see how it works out since you need to conserve everything you have, that random chair you found in a room can save your life. The monsters and dangers can be quite bizarre, too.

However, you need to make sure many things are handled correctly. What if the player mines up or down? What if the whole thing burns down? How about explosions? Is it possible to get a steady food supply up and running? How about water?

until a more advanced way of building rooms can be found that would generate x levels an easy work around to prevent people from “cheating” would be to just remove mining tools from worldgen. fire could be avoided by just making non-flammable floor tiles, and part of the challenge would be on scavenging food instead of just being able to rely on plentiful trees. Water could be solved by just adding bathrooms and pools to the generation pool.

There is, but its more “proof of concept” 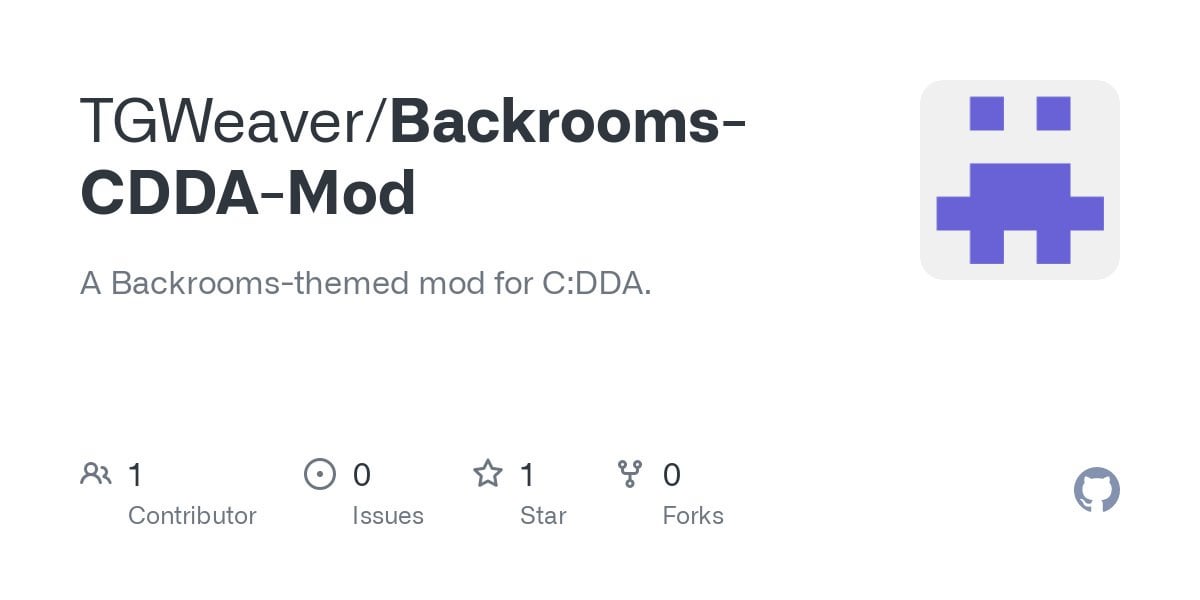 r/cataclysmdda - I made an infinite Backrooms mod!

i play on mobile, but the (broken) tutorial is kinda like, if only enemies spawned…