What should I expect inside a science lab?

I forgot about those scrambler! You’re right, and these are found in HUB after a short quest for a very low price. That make possible got the nurse and the proto cyborgs early. Nice info for my next run. Thanks!.
I never read that paper you mention, my hint was the description about “if someone cares…” in the cyborg

Can confirm that they are in Aftershock as I’m playing with it, was handed some for the HUB quest but they’re quite lethal vs robots.

Oh? Could someone link me to the planned changes? I find crafting is very borked atm.

Zombie scientists, experimental mutants, security robots, and more chemicals than you can eat await you in the new labs

These are blue L ‘Lab’ labs

Check out the Science lab page of the wiki , but beware of spoilers…

Scrambles are in the base game, but as mentioned, the hub is the only reliable source.

On my lab challenge start, since my computer skill was 0, the only good loot was 1 flask of purifier and 1 mutagen. And there’s a 40mm turret blocking the exit.

Starting to think hacking skill is essential for this start since the good shit’s probably locked behind unsmashable walls.

For the turret blocking the exit there are several solutions in forums, some a bit cheaty, and videos from some guy called vormigar or something like that.

[…] videos from some guy called vormigar or something like that.

I guess you meant @Vormithrax:

Hello, My name is Vormithrax and i am a gamer-holic. Gaming has been my primary leisure activity for most of my life. The types of games i generally prefer a...

His video on turrets: 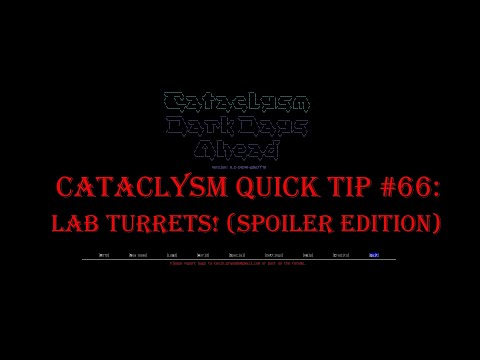 I’d also like to name an other one, @TheMurderUnicorn:

Please, Mr. Unicorn was my father. You can call me Murder. I've been a gamer my entire life and thought I'd try my hand at YouTube! Currently, this mostly ju...

He also has a video specifically dedicated to turrets: 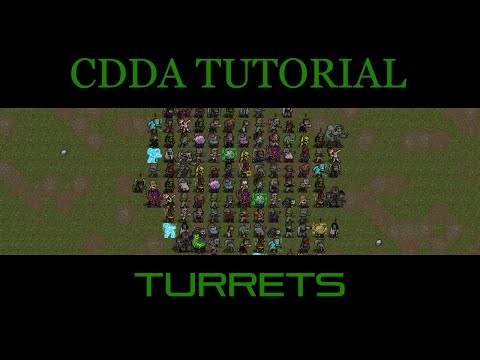 Well, I solved it.

Threw splintered wood at the 40mm turret blocking the exit, no damage.
Lit the woodpile on fire with a molotov, even the hallway flooring caught fire, but still no damage.

Shot at it once with a lucky M4 that dropped, from beyond it’s visual range, max aim, turret died instantly.

Thought I would expend all 22 ammo I had, and the turret would just shrug off the damage.

Lucky my turret hallway was unlit and I started with the nightvision trait.

Shot at it once with a lucky M4 that dropped, from beyond it’s visual range, max aim, turret died instantly.

Thought I would expend all 22 ammo I had, and the turret would just shrug off the damage.

…maybe it’s because .22 has very low damage and no penetration?

Most game’s turrets are bullet sponges but apparently not these turrets.

Most game’s turrets are bullet sponges but apparently not these turrets.

Armor fully blocks X amount of damage so unless you can completely overcome it in a single hit you wont be able to bring down an enemy with chip damage.

Turrets have really high protection values but their actual HP is not very impressive. Just need something with high enough combined damage and armor penetration. Their night vision is as you pointed out, trash. You can shoot or smash the ceiling lamps and use that to your advantage.

You can shoot or smash the ceiling lamps and use that to your advantage.

Didn’t know you can shoot ceiling lamps. Thought they were just magic dungeon lights. Can you haul them away?

Can you haul them away?

No they’re up in the ceiling and breaking them just gives you some glass.

Some enemies completely lack armor (even stronger ones, though they make it up with increased HP or regeneration) and some are very resistant to one type of damage but not an other.

You wouldn’t want to overkill enemies too much since it means you’d be wasting turn time if a somewhat weaker, faster weapon is capable of instantly killing them as well.
Also if you’re after butchering materials, overkilling too much damages the corpse and reduces amount of items you can recover.

On the other hand if you’re only running around with weaker weapons, some enemies wont take any damage at all. Bring multiple weapons so you can adapt.

You wouldn’t want to overkill enemies too much since it means you’d be wasting turn time if a somewhat weaker, faster weapon is capable of instantly killing them as well.
Also if you’re after butchering materials, overkilling too much damages the corpse and reduces amount of items you can recover.

Didn’t see any army zombies this round, and the crafted knives suck, so the fireaxe was my best weapon.

Yeah you gotta work with what you get, at least early on. Besides the fire axe is pretty goddamn high tier when it comes to melee weapons, you really lucked out on that.

Looking at what I can craft, the Nodachi being one of the strongest melee weapons I’ve seen (6 bash, 47 cut, 219 moves/attack - 10 fabrication) is actually comparable to the fire axe (21 bash, 25 cut, 198 moves/attack - 9 fabrication). Though that’s ignoring the usefulness of the different damage types and I think cut comes out slightly in favor.

There’s the flooded room that always seems to spawn in the labs I’ve been in. The fireaxe’s behind reinforced glass, which you van smash through w/ 12 str and crafted the Homewrecker at ~Fabrication 2.

The best knife I can make is a copper knife lol. Low skills and no blowtorch problems.

Still on 0.E-10613, and I see no Science ID in the finale room. It’s not on the floor beside the terminal, and there’s no corpses or anything around.

I’ve killed 2 Hunting Horrors and they just “melted away” without a corpse from the system message. I can hear “tekili” again so I dunno wtf happened there. Do I need to turn on a flashlight to permakill Hunting Horrors or something?

And the 1 Shoggoth apparently multipled to 3 Shoggoths which I’m struggling to damage with the fire axe.

What do? Do I have to hack my way out of there? My computer skill is 4 and I have a book that can raise it to 6.

Well, that’s part of the challenge and - as far as I know - there are multiple ways you can get out of the lab, but I’ve just used explosives in my run, which, since I was in a basement lab, caused the roof to collapse and allowed me to escape by climbing out to the surface.

PS: Nether monsters usually melt away without leaving anything behind.

I don’t have zlevels on so that’s out. How high of a cooking skill you need to blow open metal doors?

Do I need a book or is it autolearn?